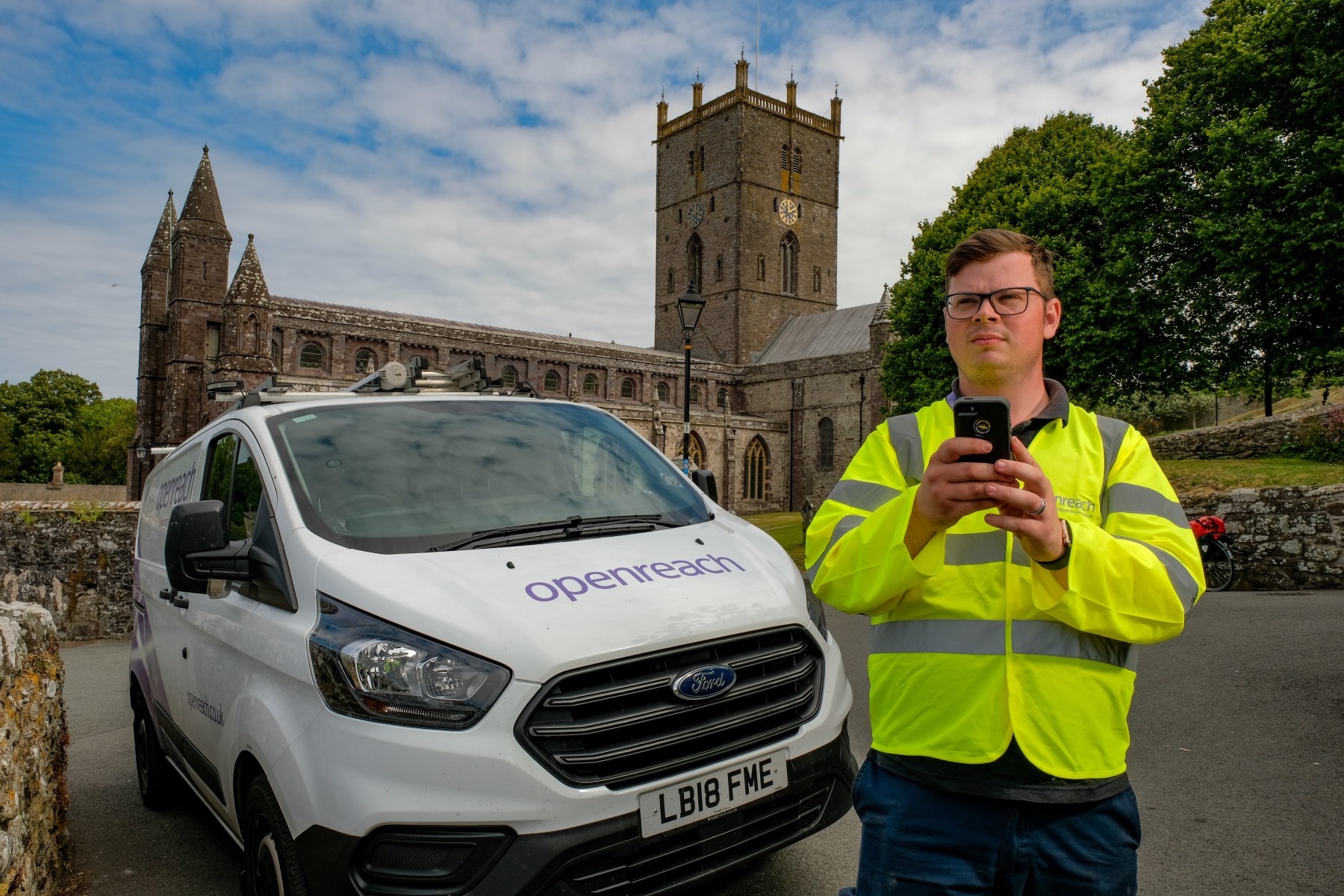 Engineer in front of van with phone

Damage to broadband cabinets, telephone poles and overhead wires across the East Midlands can now be reported to Openreach using precise locations from what3words.

What3words grids the whole Earth into three metre squares, with each square given unique words to make it easier to pinpoint an exact location. For example, in the East Midlands, Leicester Clock Tower is recorded as ‘upper.opera.salads’, Trent Bridge Cricket Ground is ‘video.issued.spine’ and Derby’s Pride Park stadium is ‘chins.goal.tidy’.

Openreach’s 1,500 East Midlands engineers and our customer facing teams are able to use what3words and members of the public can report vandalism, damaged equipment or safety concerns by visiting Openreach’s website, contacting Openreach’s Twitter or Facebook teams or by calling 0800 023 2023 (Option 1).

Huw Jones, Openreach’s Director of Operations in the Midlands, said: “This should make a huge difference to how safety issues and damage to our network are reported to us and how easy they are to find quickly. We have the largest phone and broadband network in the UK, used by hundreds of different service providers, covering everything from city centres to the most rural and remote locations. Many of our poles and overhead wires are in areas with no easily identifiable features nearby, so it can be tricky for people to report exactly which pole has been knocked over or which overhead wire is damaged.

“We’ve seen what3words used successfully by emergency services, where the ability for people to report the precise location of an incident has literally saved lives. And whilst a damaged pole or cabinet might not seem like a case of life or death, safety of the public and our people is hugely important to us, and our network is a key part of East Midlands infrastructure, keeping homes, businesses and health/emergency services connected.

“To use what3words, you simply need to visit the app or website and make a note of the three words (e.g. darling.lion.race) that pinpoint your chosen location. When you speak to Openreach, just let us know these three words, and we’ll take care of the rest.”

Openreach plays an important role across the East Midlands region. More than 1,600 of our people – mostly engineers - live and work here and more than 140 jobs were announced in December 2020.