Ultrafast broadband is a touch of Classlochie for rural Kinross-shire

Summary
When a rural community near Kinross was faced with downloading movies in the same time it took to walk to York, its residents decided to take action. After working in partnership with Openreach, today’s gigabit* connectivity means they’re among the fastest few per cent in the UK - and their community partnership is paving the way for 5G. 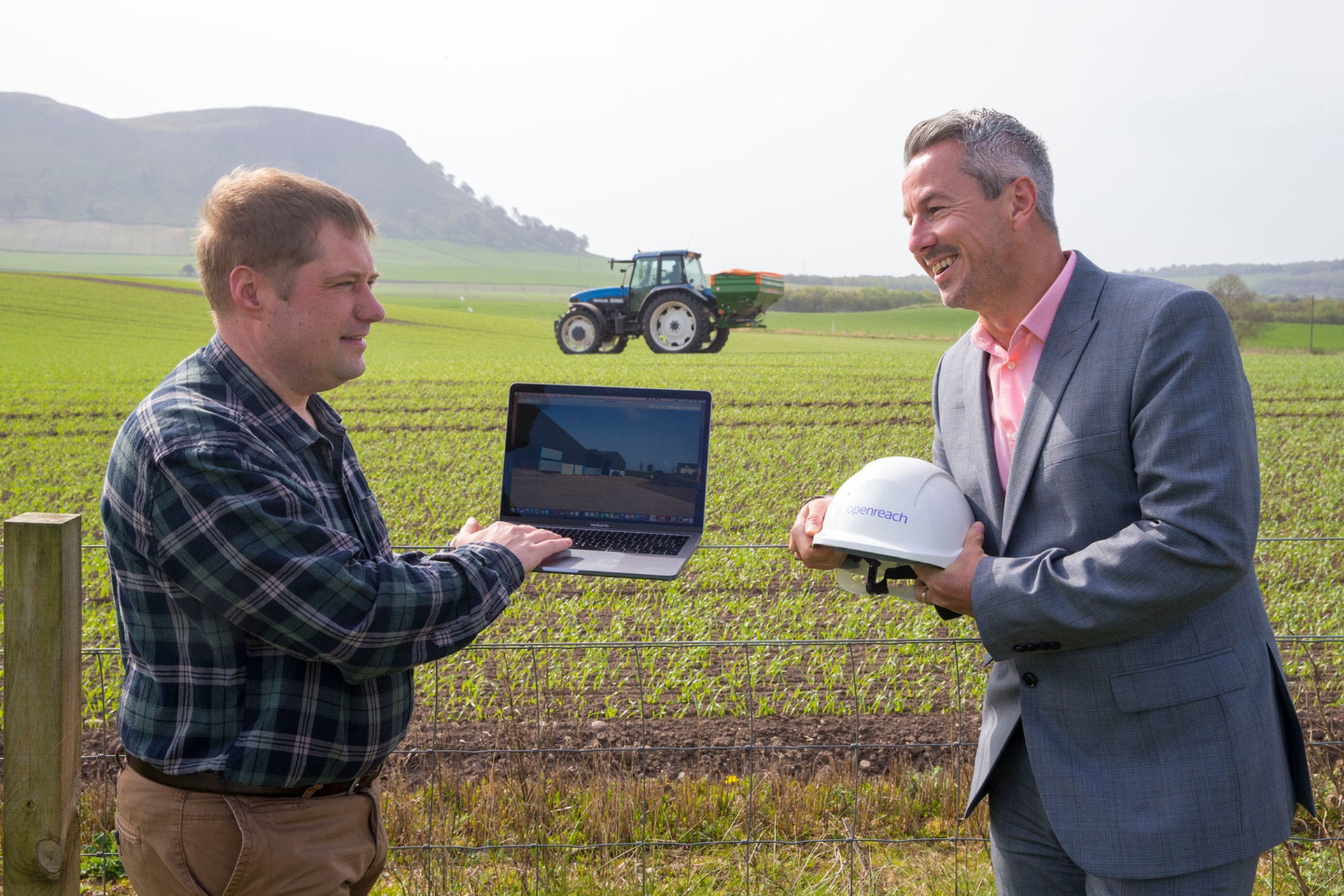 When a rural community near Kinross was faced with downloading movies in the same time it took to walk to York, its residents decided to take action. After working in partnership with Openreach, today’s gigabit* connectivity means they’re among the fastest few per cent in the UK.

The 14-home village at Classlochie Farm, by Loch Leven, relied on a copper connection for its connectivity. It typically delivered broadband speeds of between 0.3 and 0.5 megabits per second – the upper end of which meant it took nearly three days to download two hours of ultra-high-definition video – and the connection was unusable during rain.

The lack of connectivity was a significant problem for local residents and entrepreneurs, who were cut off from using basic online services and struggled to run their companies from home.

However, led by Classlochie Farm resident Andrew Mitchell, the village formed a Community Fibre Partnership (CFP) – a means by which local groups can work with Openreach, which looks after the fibres, wires and cables that connect Scotland – and set out to remedy the problem.

Andrew said: “We suffered from unfortunate timing in that only two of the properties at Classlochie Farm were on the map when the Scottish Government put in place its plans for rolling out superfast broadband. On top of that, despite our homes being just 900 metres away from a new fibre-enabled cabinet, it was technically and financially unfeasible to connect us to existing infrastructure.

“The situation was untenable. It took up to 70 hours to download a movie – roughly the equivalent of walking to York from Kinross. It was also having a serious impact on some of the residents who owned businesses: one, a science communications company, was losing contracts, while a publican couldn’t even run payroll over our connection."

The community agreed a full-fibre solution with private fibre connections initially built to each of the 14 homes at the Classlochie Farm development. Since then, with support from Perth & Kinross Council, the benefits have been extended to others in the local community by building a fixed-wireless network, using the Openreach fibre as a backhaul.

The network connects around 100 people within a five-kilometre radius, providing them with access to superfast and ultrafast speeds. It took just two months from signing the Openreach contract to switching on ultrafast fibre broadband at the Classlochie homes.

The project was so successful that, as a direct result, a 5G testbed has been installed in the area which will also take its mobile connectivity to the next level, along with an Internet of Things gateway by IoT Scotland. The partnership is also exploring how it can use the Classlochie model to connect another nearby small community.

Andrew added: “What started out as a relatively small project to get better broadband for 14 homes quickly grew arms and legs. While it was a complicated sales pitch to a community with varying levels of interest, we brought everyone together regularly and talked through the options.

"With everyone on board, we were able to access a service that has made a dramatic, positive difference to the community – we’re really happy we decided to upgrade.

“If any rural communities are looking at how they can bring ultrafast broadband to their homes, it should be even easier for them now. The major financial barrier has been removed through the introduction of the Gigabit Voucher Scheme. But the best thing communities can do is get everyone organised and behind a plan, and then speak to Openreach.”

Robert Thorburn, partnership director at Openreach, said: “The Community Fibre Partnership model can bring fibre broadband to rural communities across Scotland – they’re designed to provide a solution that works for each area’s circumstances. Classlochie Farm was one of the first partnerships to get off the ground and it’s a really good example of what can be achieved.

“Access to superfast and ultrafast broadband can be transformative for communities, whether it’s as simple as residents enjoying high-definition videos or businesses seeing a boost to productivity and sales. Classlochie has gone from being an isolated not-spot to an ultrafast hub, and is now hoping to extend the benefits to the surrounding area.”

*FTTP is capable of delivering the fastest residential broadband speeds in the UK – up to 1Gbps – fast enough to download a two-hour HD movie in 25 seconds or a 45-minute HD TV programme in just five seconds. Openreach offers wholesale speeds to all service providers; speeds offered by service providers may vary.

Ultrafast broadband is a touch of Classlochie for rural Kinross-shire