Thousands across the North West to get broadband boost

Downloading a film and sharing or streaming content could become faster and more reliable for more than 150,000 homes and businesses across the North West. 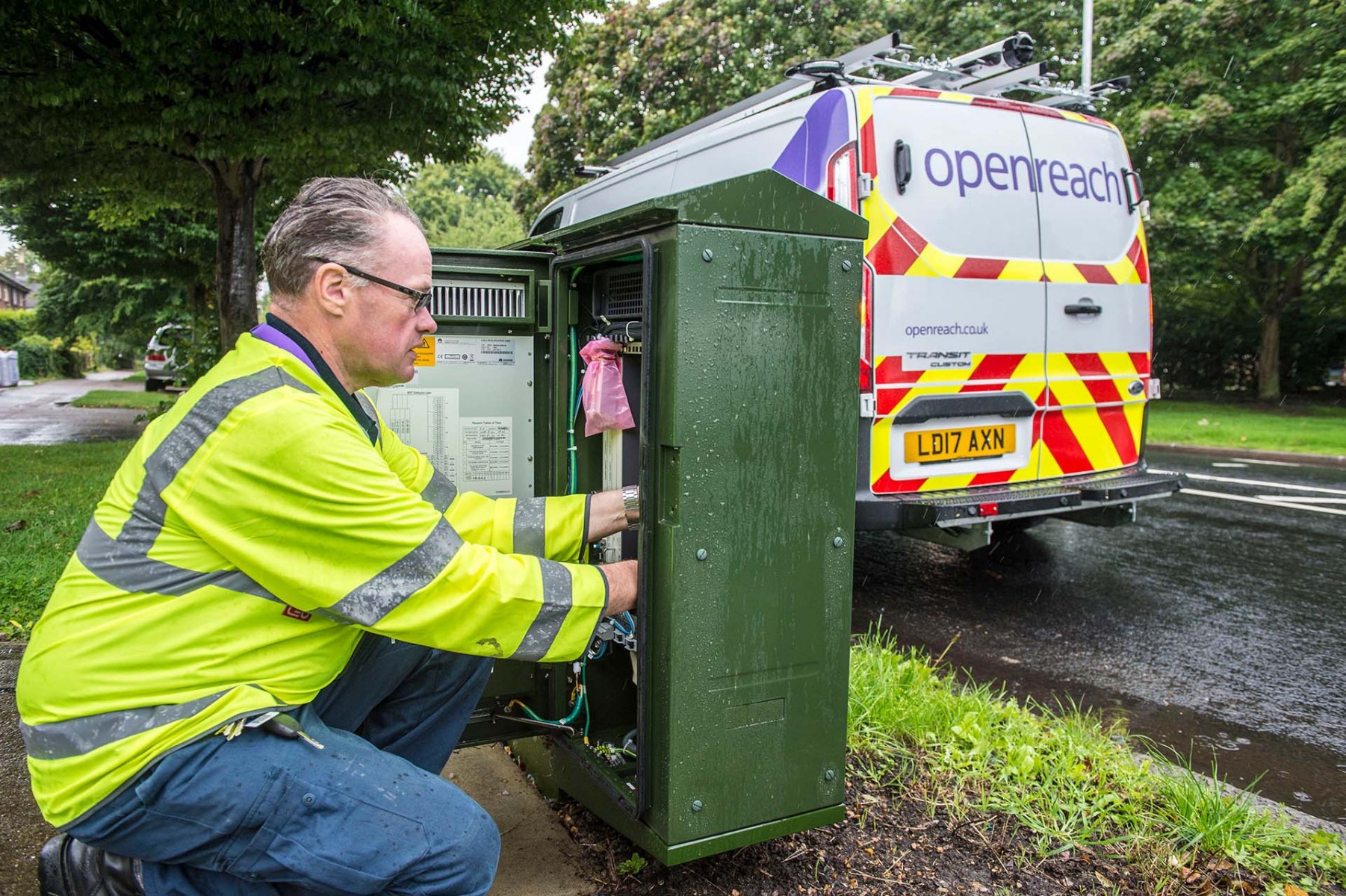 Downloading a film and sharing or streaming content could become faster and more reliable for more than 150,000 homes and businesses across the North West.

People living in parts of Cumbria, Greater Manchester, Lancashire and Merseyside are set to benefit from access to some of the fastest broadband speeds available (up to 330 Mbps), providing enough bandwidth for a family of four to all stream ultra HD or 4k quality movies or TV simultaneously.

It’s after Openreach, the UK’s largest telephone and broadband network, announced the next 81 locations – including Aintree, Blackpool, Dalton-in-Furness and Oldham - to be upgraded under their ultrafast broadband investment.

“Our engineers are working hard to extend the reach of our network as quickly as possible. We’re building the infrastructure Britain needs to stay ahead in the global digital economy, and it’s great that the North West is able to benefit from our early work.”

Nearly 27.6 million homes and businesses in the UK can already access Openreach’s fibre network. And with a wide choice of service providers, people are free to choose the best internet package for them. Local people will be able to place an order for an upgrade to the new, faster speeds with their chosen service provider once the work is complete.

This latest work in the North West uses a technology called Gfast, which builds on existing infrastructure, changing the way broadband signals are transmitted to make them ultrafast without the need to dig up roads and install new cabling all the way to the property.

The rollout will see Openreach engineers building on the existing high speed broadband network across the region where more than 96 per cent of homes and businesses already have access to superfast (speeds of 24Mbps and above) broadband[1]. With superfast broadband, things like uploading and downloading music, films and photos all happen quickly and it’s great for studying or working from home.

Across the North West, more than 3,400 people are employed by Openreach, most of them engineers. And that team is expanding, after it was announced earlier this year that more than 280 new engineers are being recruited throughout the wider region to help with the ultrafast broadband rollout.

Openreach provides the telephone and broadband network used by the likes of BT, Sky and TalkTalk. This means residents and businesses will still be able to choose from a wide range of broadband deals – they are not restricted to just one supplier.

Thousands across the North West to get broadband boost