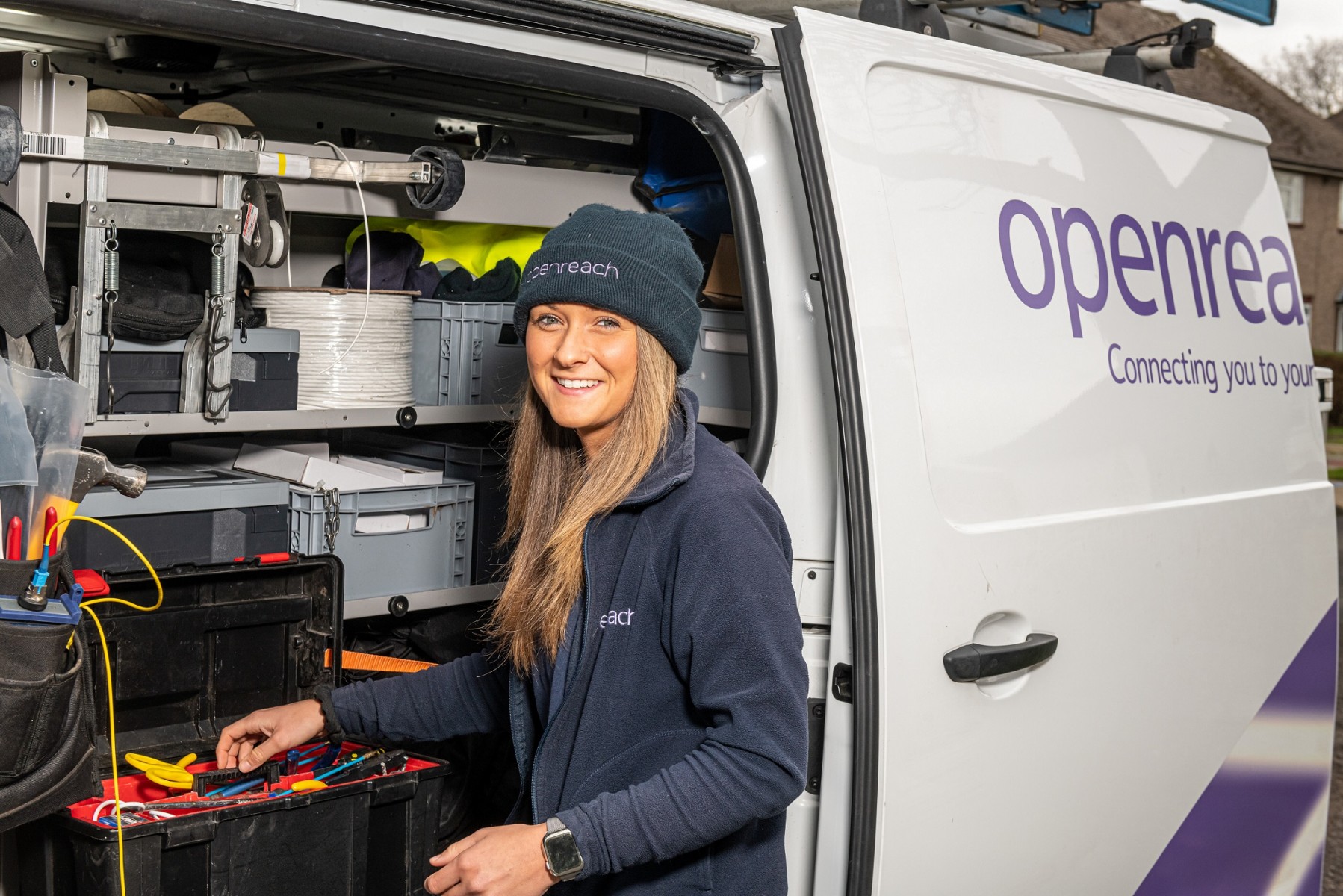 Openreach has now built ultra-fast, ultra-reliable Full Fibre broadband to more than seven million homes and businesses across the UK, including more than two million in the hardest to reach ‘final third’ of the country.

Having already built the new technology to more than a quarter of its target footprint, Openreach is on track to reach 25 million premises by December 2026 and it’s passing more than 50k new homes and businesses every week. To put that in perspective - engineers are installing around 800 metres of cable every minute.

Meanwhile, as part of its regular programme of build updates, the company has published plans to deliver the new gigabit-capable technology to 36 more locations across urban and rural Britain. Around half a million homes and businesses, including both rural and urban areas, have just been added to the plan in locations such as: Accrington, in Lancs; Boldon, in Tyne & Wear; Dudley, West Mids; Hornchurch, Gtr London; Kemptown, East Sussex; Manningham, West Yorks; and West Houghton, in Gtr Manchester, which means overall, more than 2,700 towns, cities, boroughs, villages and hamlets are now included in the company’s build programme.

More than 1.5m homes and businesses have already connected to the new network and demand continues to grow – with the company handling around 35k new orders every week.

Openreach will also stop selling legacy analogue phone services and will give notice on a further 46 exchanges covering more than 380,000 premises where it’s building Full Fibre, to encourage the adoption of new digital services. Openreach is giving Communication Providers (CPs) 12 months notification that it’ll no longer be selling copper-based products/services in these exchanges. This brings the total number of locations – now notified for ‘stop sell’ to c.600 exchanges covering around five million premises.

Clive Selley, Openreach CEO, said: “Over a whopping seven million homes can now connect to our Full Fibre network which is a fantastic achievement. We’ve come a long way – it took eight years for us to pass our first million premises, but only four months to pass our latest million.

“We’re the UK’s leading network builder - going further and faster than all our competitors put together, and we’re still getting faster and building further every week, every quarter, and that’s important because it signals to the markets that we’re delivering what we promised. This is a life-changing technology and we’re delighted to be adding more towns and villages to our build programme today.

“We believe that full fibre is the future for the UK and that’s why we want to deliver full fibre broadband to 25 million UK homes and businesses by December 2026. The shift from copper to fibre will be every bit as significant as the move from analogue to digital and black and white tv to colour. By eventually retiring analogue phone lines, we will be creating a simplified network which allows us to meet the enhanced needs of an increasingly digital society.”

The first phase of the Full Fibre roll out will continue to 2026 – with full list of locations and timescales being updated regularly on the Openreach website. This short video explains what Full Fibre technology is, and to find out if you can order Full Fibre today or when it will be available in your area, you can visit the Openreach Fibre Checker.

Today we’re building an even faster, more reliable and future-proof broadband network which will be the UK’s digital platform for decades to come. We’re making progress towards our Full Fibre optic network target to reach 25 million premises by December 2026. Research shows a nationwide Full Fibre network could potentially provide a £59bn boost to UK productivity.1

We’re also building greener – we operate the UK’s second largest commercial fleet and want to help lead the transition to electric vehicles, with a target to transition our fleet to being electric in 2030.