Summary
A children’s playground in Norfolk has been given a new lease of life, after engineers from Openreach answered a call for help. 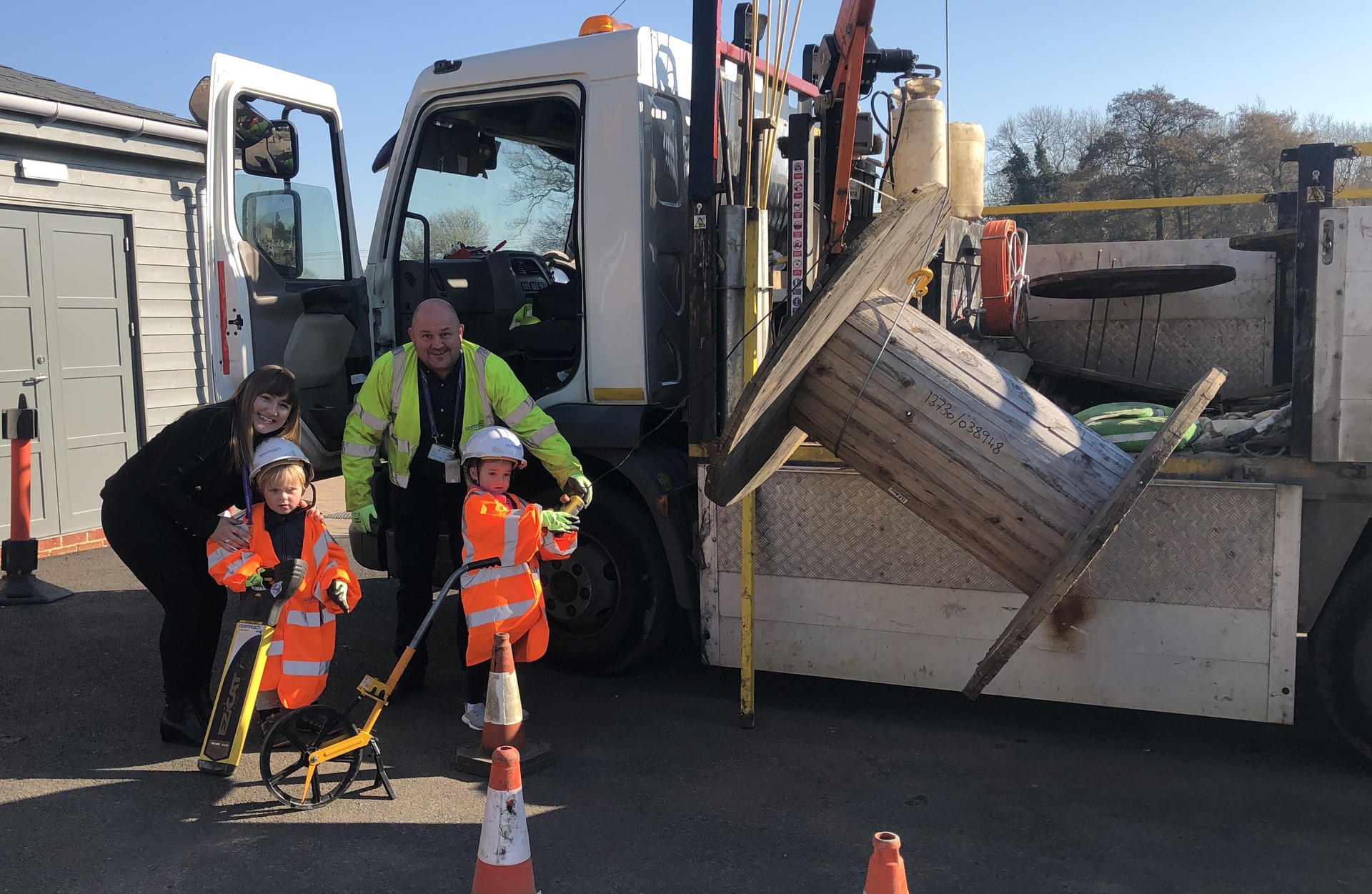 A children’s playground in Norfolk has been given a new lease of life, after engineers from Openreach answered a call for help.

Gissing Children’s Centre, near Diss, approached the company in the hope of getting hold of unwanted cable drums - large wooden reels that hold hundreds of metres of cable, such as fibre or subduct, before it’s put in the ground.

The centre had a grand plan to re-use the drums, by placing them on their side, and painting them, to create playground tables for their young children to use.

Linda Nash, Pre-School Manager at Gissing Children’s Centre, said: “We are always looking for new ways to improve and we try to spend as much time outdoors as possible. Once we had the idea of using a cable drum, we got in touch with Openreach and they couldn’t have been more helpful. It was also nice that some of their people that got involved already had links to our centre, either through family members or in one case having attended herself as a child.”

“Our plan now is to paint the drums in colourful designs, and we’re looking forward to warmer weather arriving so we can spend as much time as possible outdoors using them with the children. They’ve made such a difference to the playground and we’re really grateful for all the support we’ve received.”

With a telephone and broadband network of more than 170 million kilometres – long enough to go around the world 4,000 times – Openreach uses a huge amount of cable drums to transport cables, throughout the East of England and across the UK.

Most of them are re-used multiple times, until they’re no longer fit-for-purpose, at which point they’re recycled. Some of the drums are nearby eight foot in diameter.

Openreach’s Carly Gray, a regional engineering manager who herself attended Gissing Children’s Centre as a child, was delighted to get involved: “We get many requests from community groups and organisations and always do our best to help. When I saw that my old children’s centre had approached the company, I was really keen to get involved and it was a really nice feeling to be able to help them out.

“We contacted engineers working in the local Openreach centres to see if we had any unused cable drums that were in good condition. Once we’d found a couple, we arranged for them to be delivered to the school, and lifted into the playground. They’re bigger and heavier than most people would imagine, so this in itself was quite a task.”

Openreach is a major employer across the East of England and is making a significant contribution to the online prospects of homes and businesses across the area.

Nearly 93 per cent of premises across Norfolk can already order superfast broadband, and work is ongoing to bring faster and more reliable broadband out into the most rural parts of the county.

The company also employs more than 3,000 people across the wider region – many of them engineers – and only last month announced a huge recruitment drive, which will see a further 395 engineering jobs being created during 2019.