Openreach Announces 395 Engineering Jobs in the East of England

More than 395 trainee engineers will be hired across the East of England, as part of a huge recruitment drive announced (Monday 28 January 2019) by Openreach. 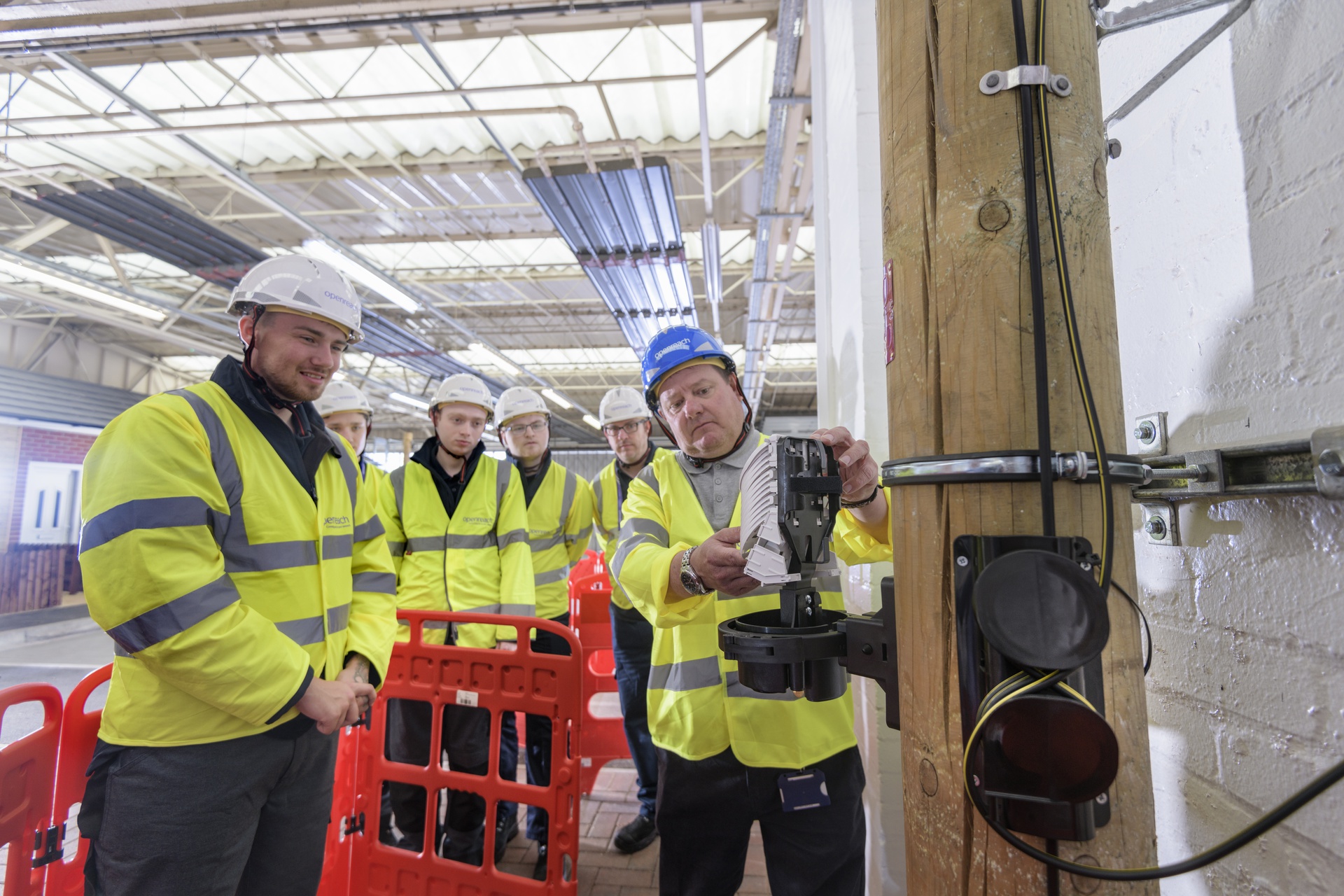 More than 395 trainee engineers will be hired across the East of England, as part of a huge recruitment drive announced (Monday 28 January 2019) by Openreach.

Across the UK, more than 3,000 trainee engineers are being recruited, mainly to deliver the company’s ‘Fibre First’ programme, which is bringing faster, more reliable and future proof Fibre to the Premises (FTTP) technology to millions of front doors.

Alongside the latest recruitment drive, Openreach is also announcing 11 new locations where it will be building new FTTP networks during 2019ii. This brings the total number of towns, cities and boroughs at the forefront of the FTTP build to 25, with the company on-track to deliver its commitment of reaching three million homes and businesses with ‘full fibre’ broadband by the end of 2020.

Clive Selley, Chief Executive of Openreach, said: “Openreach is ambitious for the UK and is determined to build full fibre as quickly as possible to ensure the country has a reliable broadband network capable of supporting future data-hungry services and applications essential for boosting productivity and sustaining our position as a leading digital economy.

“We’re making great progress towards reaching our target of upgrading three million homes and businesses to full fibre by the end of 2020 – reaching another 13k premises per week – and these new East of England recruits will play a crucial role in that programme. Openreach is a people business and our new apprentices will enable us to fulfil our commitments, with an ultimate ambition to deliver the best possible connectivity to everyone, everywhere, equally, across the entire country.”

Speaking at the official opening of Openreach’s new training school in Peterborough, one of 12 new regional fibre training centres built to support the rollout, Secretary of State for Work and Pensions, Amber Rudd said: “This is a huge expansion in high skilled, well paying, jobs across the UK and yet another demonstration of the jobs success we have seen since 2010.

”Because behind every employment number is a person and family whose self-esteem, mental wellbeing and economic circumstances and life chances are all vastly improved by being in the workplace.

“And it is also good news that these are some new training roles, developing the skills of our workforce.

“Training and apprenticeships can help create opportunities for women in what are traditionally, male-dominated industries.

“Last year a record number of women moved into work, something reflected in Openreach’s record of hiring more female staff than ever before. It follows on from the good progress we’ve already made with 70,000 women since 2010 starting work as science and engineering professionals.”

For the first time, Openreach also plans to publish details on its website detailing its build plans for the next 12 months, including the total number of exchange areas to be reached in each location. The company will update this information every three months.

Carl Sproston, Openreach’s partnership director for the East of England, said: “We want people from all walks of life to apply for roles at Openreach, to build a diverse workforce that reflects the hugely diverse communities we serve. Last year we successfully recruited more women than ever before – and this year we want to go even further.

“Becoming an engineer can be an incredibly rewarding career, and we’re constantly improving our training and recruitment programmes, providing recognised qualifications, to make sure we attract and keep the best in the business. We’re investing heavily in upskilling our people, so they can now do more for customers in a single visit and we recently launched new career pathways to give our engineers a clear sense of the skills, accountabilities and experience they need to get where they want to be.”

The new Peterborough training school is one of 12 similar regional centres being built or upgraded across the country and, after Bradford, it’s the second facility to become fully operational under Openreach’s multi-million pound investment plans – with three more due in the next three months.

The site has an interesting engineering and military history which dates back to 1903, when Baker Perkins relocated from London. RAF Peterborough was also established on the site and was used as an RAF Flying Training School between 1936 and 1964.

Central to the school is ‘Open Street’, which Openreach has built to mimic a typical residential road. It’s a template for new facilities in our training centres across the UK – giving recruits and engineers a safe, real-life network get to grips with their work.

Find out more about the Trainee Engineer Scheme here www.openreach.co.uk/careers

Openreach Announces 395 Engineering Jobs in the East of England