Number of female recruits across the East of England increases 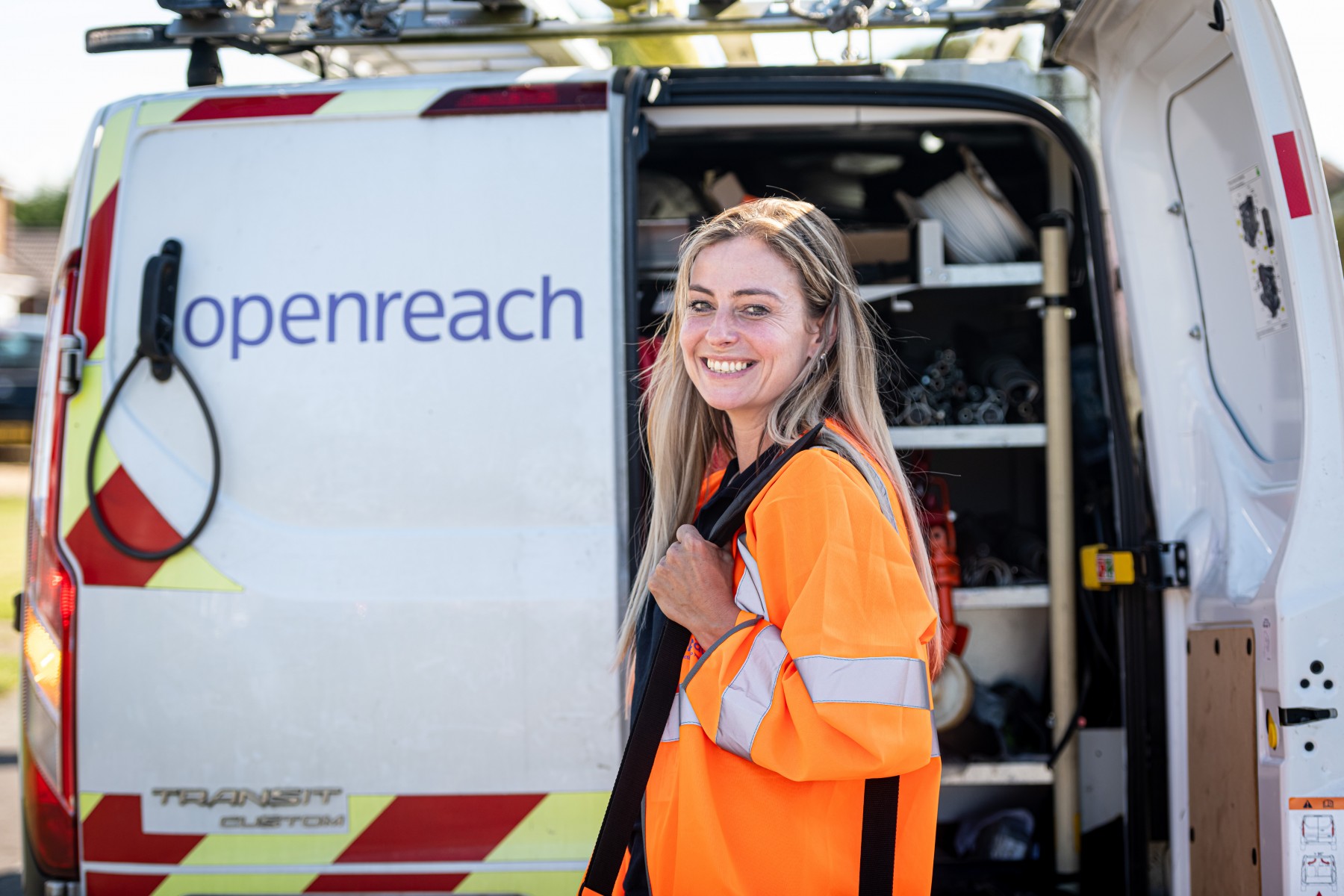 Openreach is seeing a positive change in the number of female recruits joining the company across the East of England.

The company is recruiting some 295 people into roles across the East in the current financial year and to date, 13 per cent of the intake is female – a statistic that in previous years stood in single digits.

The new recruits are mainly to support the role out of Ultrafast Full Fibre, which has so far reached more than 450,000 homes and businesses across the region.

East of England partnership director Kieran Wines said: “Research into the language barriers that impact female job applicants has shown that it plays a fundamental role in the recruitment process. We’d like to see more women choose careers in engineering, particularly here at Openreach, so we’re trying to address that.

“Engineering is a varied, stimulating and valuable career and it’s really important that we present it in ways that encourages as diverse a workforce as possible.

“This is just one way we’re making changes to put our values at the heart of what we do. While we’re tackling the challenge on a number of fronts, we’ve been encouraged to see a significantly higher percentage of women joining our East of England workforce this year.”

Kieran added: “We made a decision to be transparent about where we are and what we want to achieve. We set ambitious targets and plans that support our journey, and regularly share the progress we’re making. We want everyone who works here to feel fully accepted for who they are and valued for their contribution.”

Kieran added: “We’re passionate about change and hope the work we’re doing will be of interest to other businesses – and that we can learn from each other collectively.”

Number of female recruits across the East of England increases