Summary
More premises across Perth and Kinross can now upgrade to faster fibre broadband through the £428 million Digital Scotland Superfast Broadband rollout. Thanks to the programme, more than 890,000 premises are able to connect to the new network, which has now arrived in places like Kinrossie, Meigle and Inchmichael. 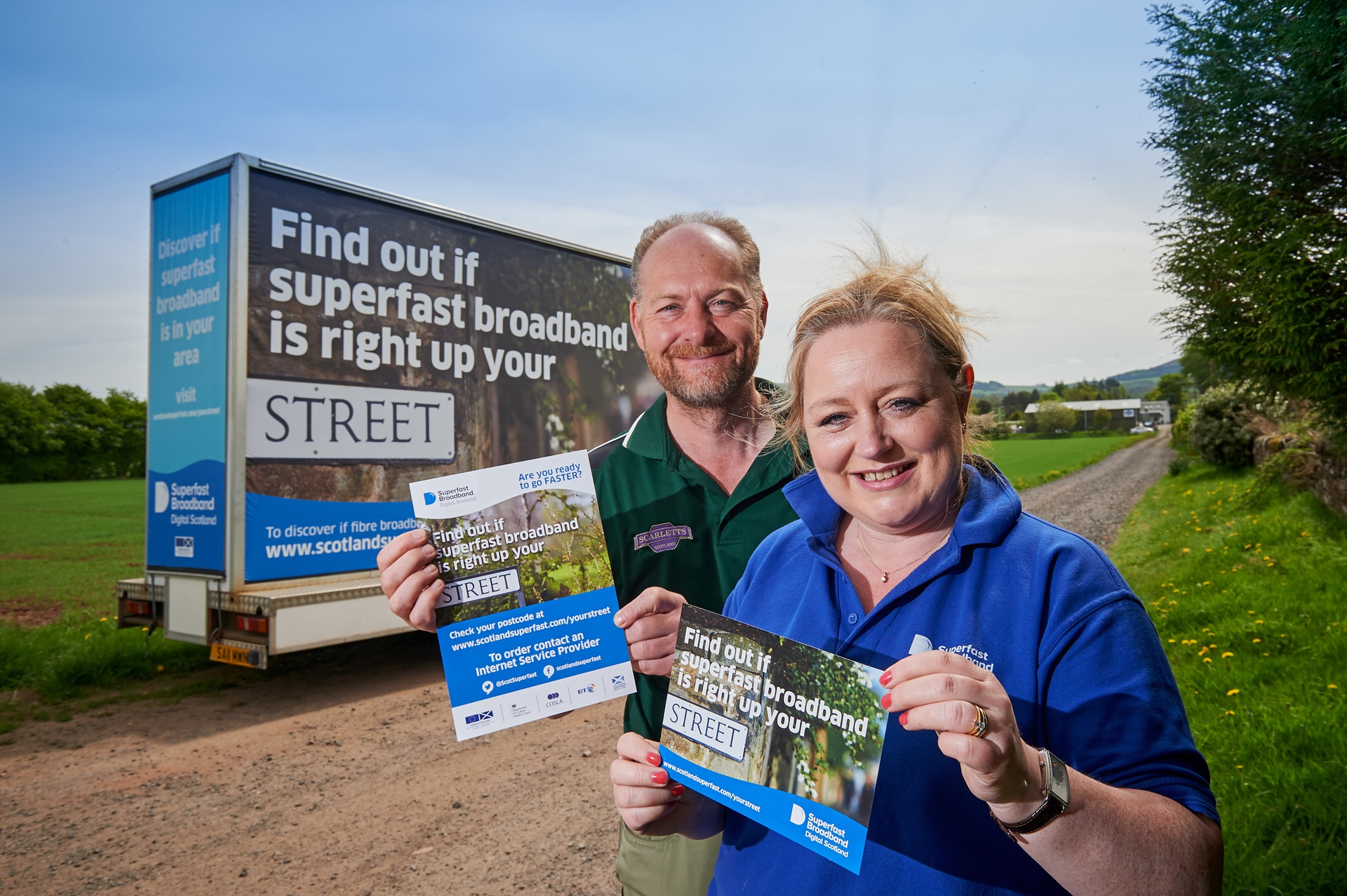 Thanks to the programme, more than 890,000 premises are able to connect to the new network, which has now arrived in places like Kinrossie, Meigle and Inchmichael. Each week the programme, one of the largest broadband infrastructure projects in Europe, reaches more remote and rural areas.

Local people need to sign up for the new, faster services with an internet service provider, as upgrades are not automatic. To help promote the fact that fibre is widely available in Perth and Kinross the Digital Scotland Superfast Broadband team were out in Perth and Blairgowrie this week.

As part of the local rollout in Perthshire some ultrafast Fibre-to-the-Premises (FTTP) technology is being deployed. FTTP sees fibre connected directly from the exchange to the premise and is capable of carrying speeds of up to 1Gbps2. FTTP is being deployed by the programme in only a handful of areas where it is the best technical solution for the area.

Councillor Angus Forbes, Convener of Perth & Kinross Council’s Environment and Infrastructure Committee said: “I am delighted that more areas across Perth and Kinross can now access fibre broadband thanks to the programme and more people are now able to get a superfast speed. Whether you are downloading a box set, a small business making transactions or just keeping in touch with friends, fibre broadband can make it all happen easily."

Sara Budge, Programme Director for Digital Scotland Superfast Broadband, says: “It’s fantastic news that the programme has been able to benefit local residents and businesses in and around Perth and Kinross.”

“Many of these latest lines have been converted from a format once thought incompatible with high-speed fibre broadband, and we’re increasingly using ultrafast Fibre-to-the-Premises (FTTP) to deliver the network directly into individual dwellings, with some properties in places like Glenalmond and Scotlandwell among those to benefit.

“Finally, we are still bringing fibre to some small communities for the first time, such as Grange and Kinrossie.

“It’s really a privilege for all of us at Openreach to be able to play such an important part in the life of communities the length and breadth of Scotland. We know there’s always more to do and we are up for the challenge.”ENDS