Summary
People living in a new housing development in Monymusk, Aberdeenshire will have among the fastest broadband speeds in Scotland after agreeing a Community Fibre Partnership with Openreach. 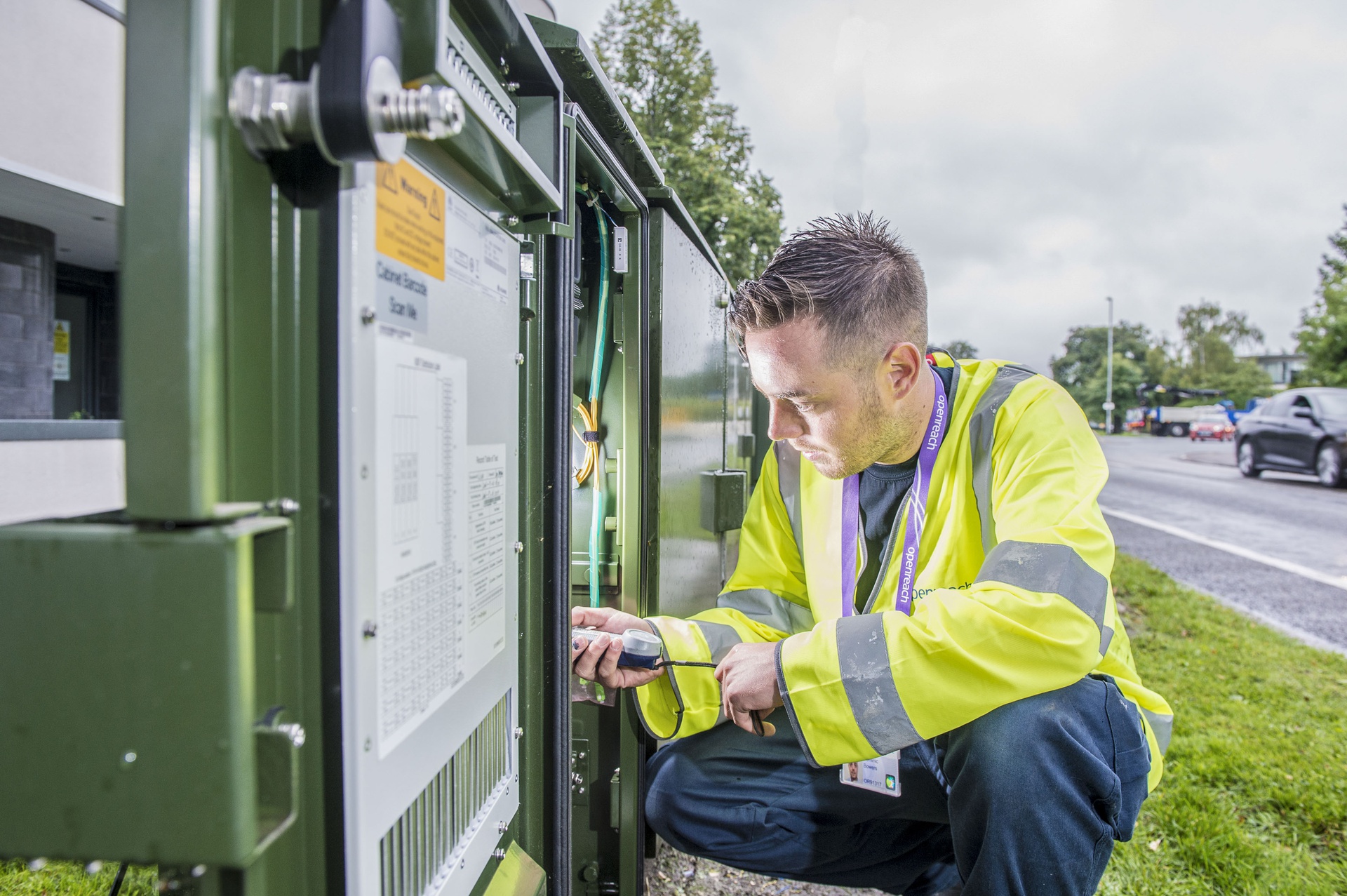 People living in a new housing development in Monymusk, Aberdeenshire will have among the fastest broadband speeds in Scotland after agreeing a Community Fibre Partnership with Openreach.

All 44 households on the Clyans Wood development missed out when fibre broadband at speeds of up to 80Mbps (megabits per second) reached the village – because the upgrade was planned before their homes were built.

But now they’ll leap ahead with a bespoke fibre-to-the-premise (FTTP) network which is capable of providing ultrafast speeds of up to 1Gbps (gigabits per second)*- around 24 times the UK average speed[1] and enough to stream 200 HD Netflix movies simultaneously[2].

The cost will be covered by investment from Openreach and the residents themselves, who set up a crowdfunding scheme to raise their share of the funding.

Clyans Wood resident Roger Esson launched the appeal on the crowdfunding service Spacehive – which raises cash for projects that improve local environments. Within two months, the community raised the £8,700 needed to co-fund the project with Openreach.

Roger, who has recently taken on a senior management role with The Oil & Gas Technology Centre (OGTC) in Aberdeen, said: “In a 21st century connected home where you’re running TV and music over the internet, working from home and trying to upload to cloud-based services, you need fast, reliable connectivity.

“The houses over the road had speeds that were 10 times faster, but we were not in any upgrade plans because our postcode didn’t exist when they were drawn up. It was very frustrating and seemed beyond our control.

“I investigated as many options as I could and a Community Fibre Partnership with Openreach seemed like the best way forward. There was enough local interest to convince me we could make it happen, and I started the crowdfunding appeal, with neighbours and social media helping to spread the word. People understood that the technology we’d get as part of the upgrade would add value to local properties and future-proof our community for years to come – and it will now happen way before we would have received any other upgrade.”

Roger also secured support from the site’s developers, Kirkwood Homes, and factors, The Property Management Company, which both contributed to the fund.

Richard Burnett, PMC Managing Director, said: “We were delighted to support the owners of Clyans Wood, Monymusk. As forward-looking factors we endorse the expansion of high speed internet services in rural locations. Congratulations to the owners and lead campaigner Roger Esson.”

Robert Thorburn, Openreach partnership director for Scotland, said: “It’s great that we’ve been able to work with the Clyans Wood community to find a broadband solution and I congratulate Roger and the residents on their successful Spacehive campaign. It shows what can be achieved when people work together towards a common goal, and we’re proud to be part of that.

“Partnerships like this help us to bring high-speed connections to those areas that, for many reasons, broadband providers struggle to upgrade alone. Independent data shows that more than 92 per cent of Scotland can access superfast speeds today, and we’re committed to making fibre broadband as widely available as possible.

“That’s why we’re investing in hundreds of similar community projects across the UK, working in partnership with businesses, schools and residential communities to deliver faster speeds from a wide choice of competing service providers.”

The Community Fibre Partnership scheme is designed to help people in places not included in any current roll-out plans to bring fibre broadband to their local area, working with Openreach to co-fund the installation. If a local school benefits from the project, communities can also benefit from a BT Group grant that will cover up to 75 per cent of the cost, capped at £30,000.

Once the network is in place, typically within 12 months, communities have access to a range of providers who offer their services over the Openreach network, bringing competition and choice.

Fibre broadband makes activities like streaming music, watching TV online and uploading large files much quicker, as well as enabling several members of a household or place of work to be online at once.

Across the UK, more than 400 CFP schemes have already been agreed, with upgrades complete in more than 200 communities. Once Openreach has installed the infrastructure, residents can place an order for the new faster services with a provider of their choice.

*These are wholesale speeds available from Openreach to all service providers; speeds offered by service providers, and attainable over individual lines, may vary. FTTP is capable of delivering the fastest residential broadband speeds in the UK – up to 1Gbps.

Crowdfunding is based on the idea that a number of people can split the cost of something – in this case fibre broadband – with multiple people contributing, rather than any one person footing the whole bill.

[1]44Mbps according to Ofcom