​The celebratory beers flowed at an award-winning Devon brewery when it took delivery of some of the fastest broadband in the UK. 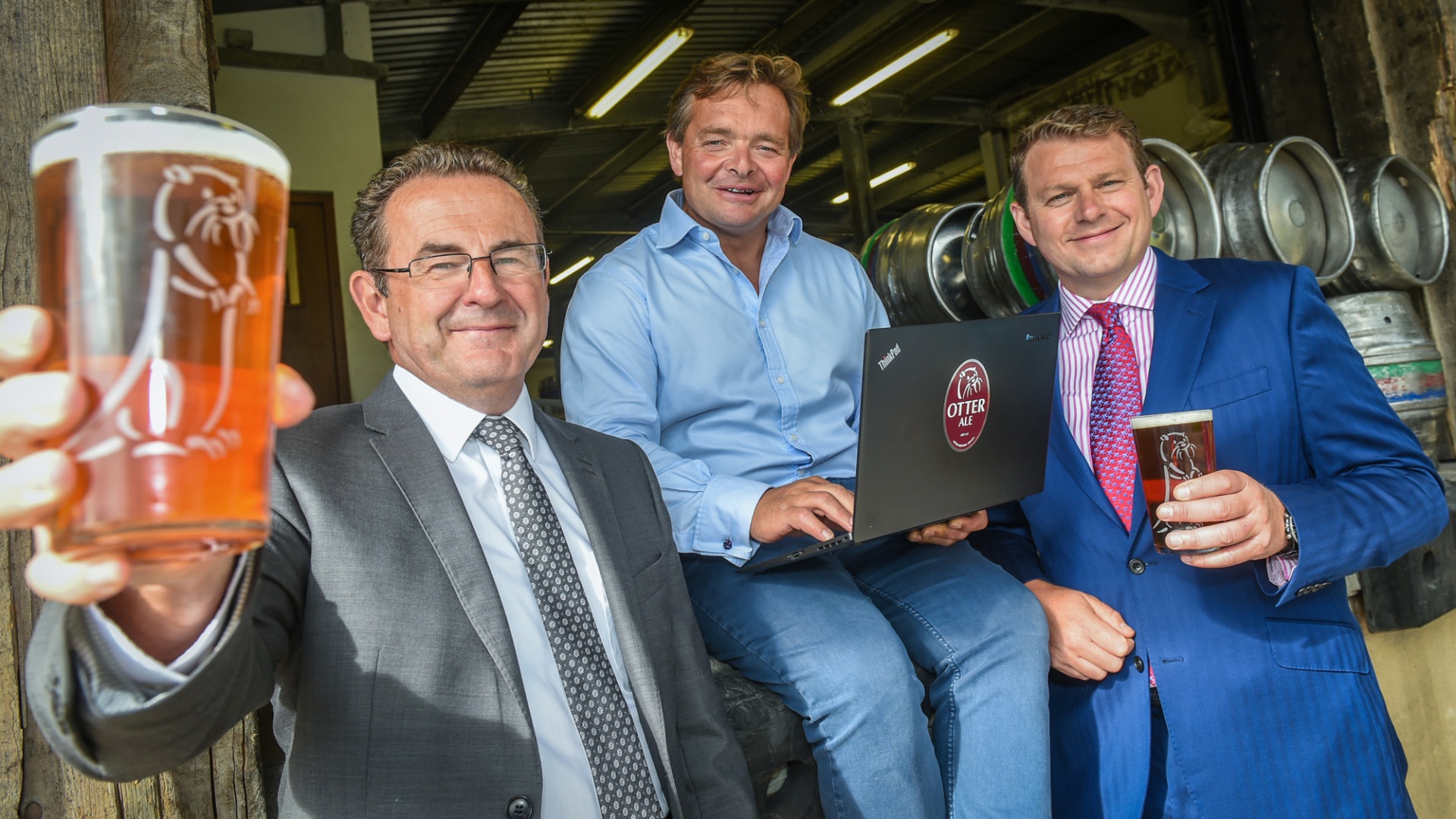 The celebratory beers flowed at an award-winning Devon brewery when it took delivery of some of the fastest broadband in the UK.

The latest Fibre to the Premises (FTTP) broadband technology - delivering speeds many hundreds of times faster than those previously available - has been installed at Otter Brewery, set in the remote Luppitt Valley, near Honiton.

Extensive engineering work was needed, including the installation of about four kilometres of underground and overhead cabling.

The project was co-funded by the brewery and Openreach, Britain’s digital network business. The new network has also made FTTP, capable of download speeds up to one gigabit per second (Gbps), viable for a small number of nearby homes, which are also in very rural locations.

Patrick McCaig, managing director of Otter Brewery, said: “We’re already finding that ultrafast broadband is giving our business a major boost. Everything we do online now works so much more quickly and efficiently. Our remote and rural location helps to give the beers that we produce their purity and character, the downside has always been that we have lagged behind in terms of connectivity.

“Ultrafast will be a vital part of the future development of the business whether we are communicating online with our customers and suppliers or using the technology to work more efficiently. It has already strengthened our infrastructure as we continue to expand the business which includes greater use of e-commerce and a recent redesign of the Otter Brewery website.”

Otter Brewery is one of the South West’s leading breweries having won a variety of awards since it was founded 26 years ago, including recently being ‘Highly Commended’ in the 2016 National Business Awards and a finalist in the 2016 Rural Business Awards. The company, which employs 36 people, sells more than seven million pints of beer and lager each year to up to 2,000 pubs across the UK.

Neil Parish, MP for Tiverton and Honiton, said: “It’s great that ultrafast fibre broadband has now come to Otter Brewery. Fibre broadband is an immensely exciting technology, which can provide very fast speeds. It will transform opportunities for households and businesses across the UK and I want it to be available throughout my constituency. It is a top priority for me.”

Steve Haines, managing director of next generation access for Openreach, said: “Bringing this exciting technology to Otter Brewery was a major job involving several months of work by our engineers. The success of this project shows the power of working together in partnership to find a solution and of Openreach’s commitment to making high-speed broadband available as quickly as possible as widely as possible. Openreach is leading the way in rolling out this technology and, in doing so, making a major contribution to the future success and prosperity of communities across the country.”

Paul Coles, South West regional partnerships director for BT, said: “It is great that we have been able to work with a leading Devon company, such as Otter Brewery, on bringing faster broadband to this remote part of Devon - and heartening to hear that the technology is already making an important contribution to the brewery’s success. There is no doubt that whatever you do on-line you can do it better with fibre broadband. More than 2.2 million households and businesses across the South West now have access to fibre broadband and the number is continuing to grow as we work with our partners to reach even some of the most challenging locations.”

The project is part of Openreach’s Community Fibre Partnerships programme, which has already seen agreements with more than 350 local communities and organisations to bring fibre broadband to some of the UK’s most challenging areas, including some other locations in the South West.

The Openreach network is available on an open, wholesale basis to all broadband service providers so local households and businesses can benefit from competitive pricing and a wide range of services. For more information on community fibre partnerships with Openreach visit www.communityfibre.bt.com