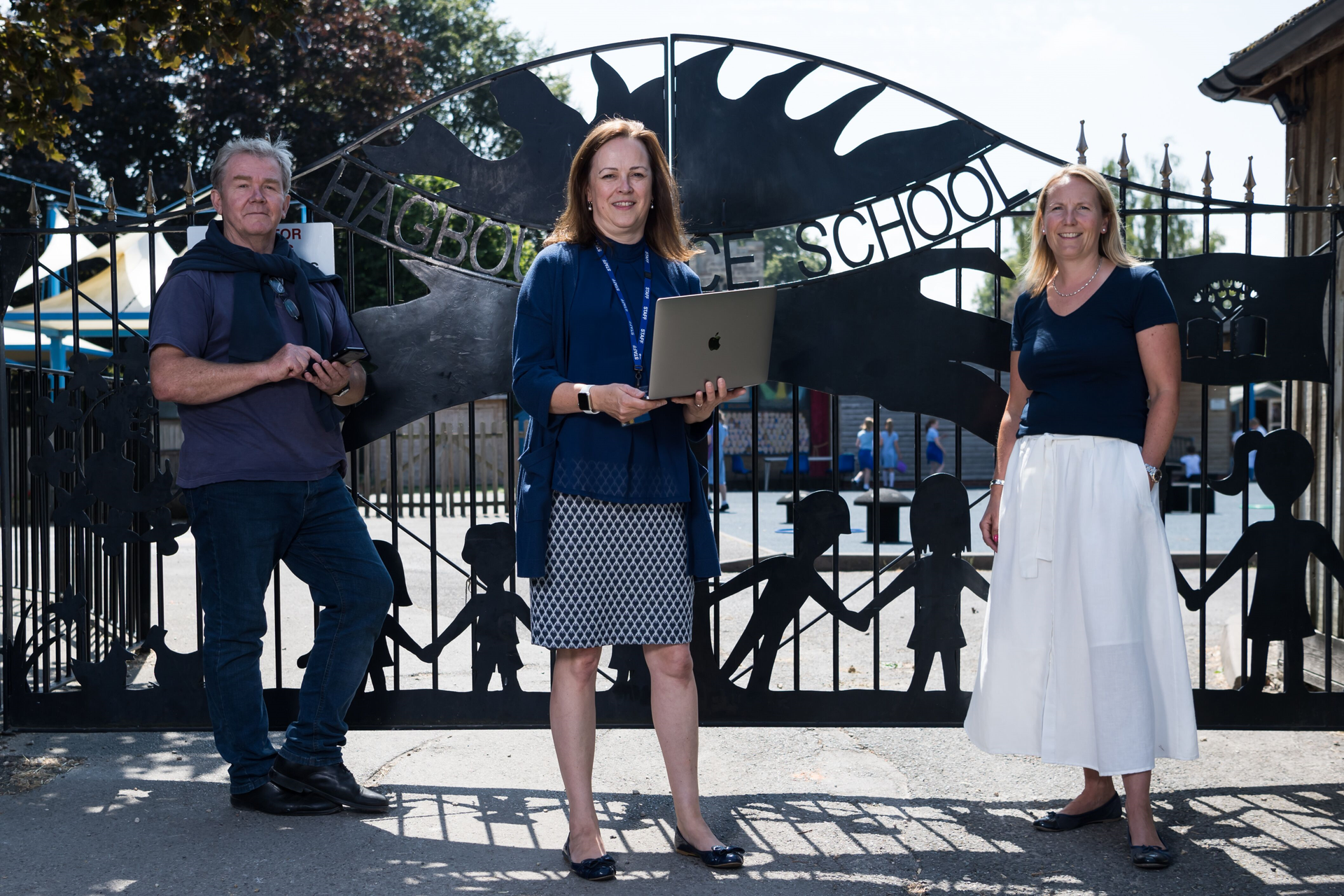 An innovative use of Openreach and UK Government broadband funding schemes is behind people living in a rural Oxfordshire village getting access to some of the fastest broadband available.

Around 90 properties in East Hagbourne, near Didcot, are set to benefit after approaching Openreach, the UK’s largest telephone and broadband network, for help.

They’ve signed a Community Fibre Partnership, the 600th Openreach has agreed across the UK, which means the cost of installing a new fibre network is split between the village and the company.

Thanks to a creative approach to fundraising that has seen the village contribution covered by two grants - linked to the village school and local businesses - Full Fibre broadband is now less than 12 months away. And all at no cost to people living there.

Parish Councillor and broadband co-ordinator, Cordelia Gover, said: “After making contact with Oxfordshire County Council, they pointed me in the right direction for community schemes and government-backed Gigabit Voucher Scheme.

“And once we took a closer look at the plans, we realised that because fibre cabling would be laid past the village school, we were eligible for Openreach’s own community grant scheme, covering most of the installation cost. We then discovered that because two local businesses were included in our scheme, we could also apply to the government’s Gigabit Broadband Voucher Scheme, meaning we’d raised all the money we needed to go ahead.

“I cannot thank our Openreach community liaison manager enough for her efficiency in pulling this huge project together. As a result, we are all now very excited about receiving our dramatic improvement in connection speeds!”

The 92 premises in East Hagbourne will all benefit from Gigabit-speeds (1000 Mbps), thanks to Openreach’s Full Fibre network. With such fast speeds available, residents will typically be able to download a 45 minute HD TV show in less than 5 seconds, compared to around 4 minutes on a superfast broadband connection. Or a 2 hour HD movie in 35 seconds, compared to 30 minutes.

Openreach’s Community Fibre Partnership programme has made a £2 million grant fund available for communities across the UK to get superfast or ultrafast broadband. Grants up to £30,000 of new fibre infrastructure are available as long as it serves the local Ofsted registered (or equivalent) school or learning establishment.

The government’s Gigabit Broadband Voucher scheme was launched earlier this year. Vouchers can be used by small and medium-sized businesses and the local communities around them to contribute to the cost of Full Fibre broadband. Businesses can claim up to £3,000, and residents can also benefit from the scheme with a voucher worth £500 as part of a wider project.

Charles Stutley is one of the businesses operating in East Hagbourne who applied for the Gigabit Voucher. He runs a business that monitors rainfall and potential droughts across the horn of Africa through satellite technology and is able to alert nomadic tribes, via mobile phone connectivity, about areas of drought risk so they can avoid them.

Charles, who is thrilled that he has been able to contribute towards the scheme through his business voucher, said: “This is wonderful news that the vouchers and grant to the school have been accepted. It will make a huge difference to all of our lives at the end of the village and I’m thrilled that we can bring East Hagbourne into the 22nd Century. We will all be very grateful to be able to communicate properly with the outside world either for pleasure or for business.”

Openreach’s Community Fibre Partnership programme has now joined forces with more than 600 communities across the UK. A recent independent report[1] estimates the scheme generates, on average, around £800,000 of benefits to each community. And that having fibre broadband available increases the value of the average property by around £1,700.

The work in East Hagbourne is a further boost for Oxfordshire, where more than 96 per cent[2] of homes and businesses can already access superfast broadband. Earlier this year it was announced that around 30 new trainee engineers are being recruited by Openreach to work on ultrafast broadband across the county.

The national Gigabit Broadband Voucher Scheme was launched in March 2018 with a £67 million fund to support the installation costs of full fibre, gigabit capable connections to small and medium-sized businesses and community groups. The vouchers are worth up to £3,000 for SMEs and are £500 for residents. Anyone interested in the scheme should go to https://gigabitvoucher.culture.gov.uk to check if they are eligible and then look up their local suppliers registered to the scheme and contact them for further details.