Summary
Thousands of employees move from BT Group into Openreach Limited as the final major milestone in creating a more independent, legally separate business. More than 97 per cent of Scottish homes and businesses now have access to fibre broadband – with Fibre First programme under way in Edinburgh. 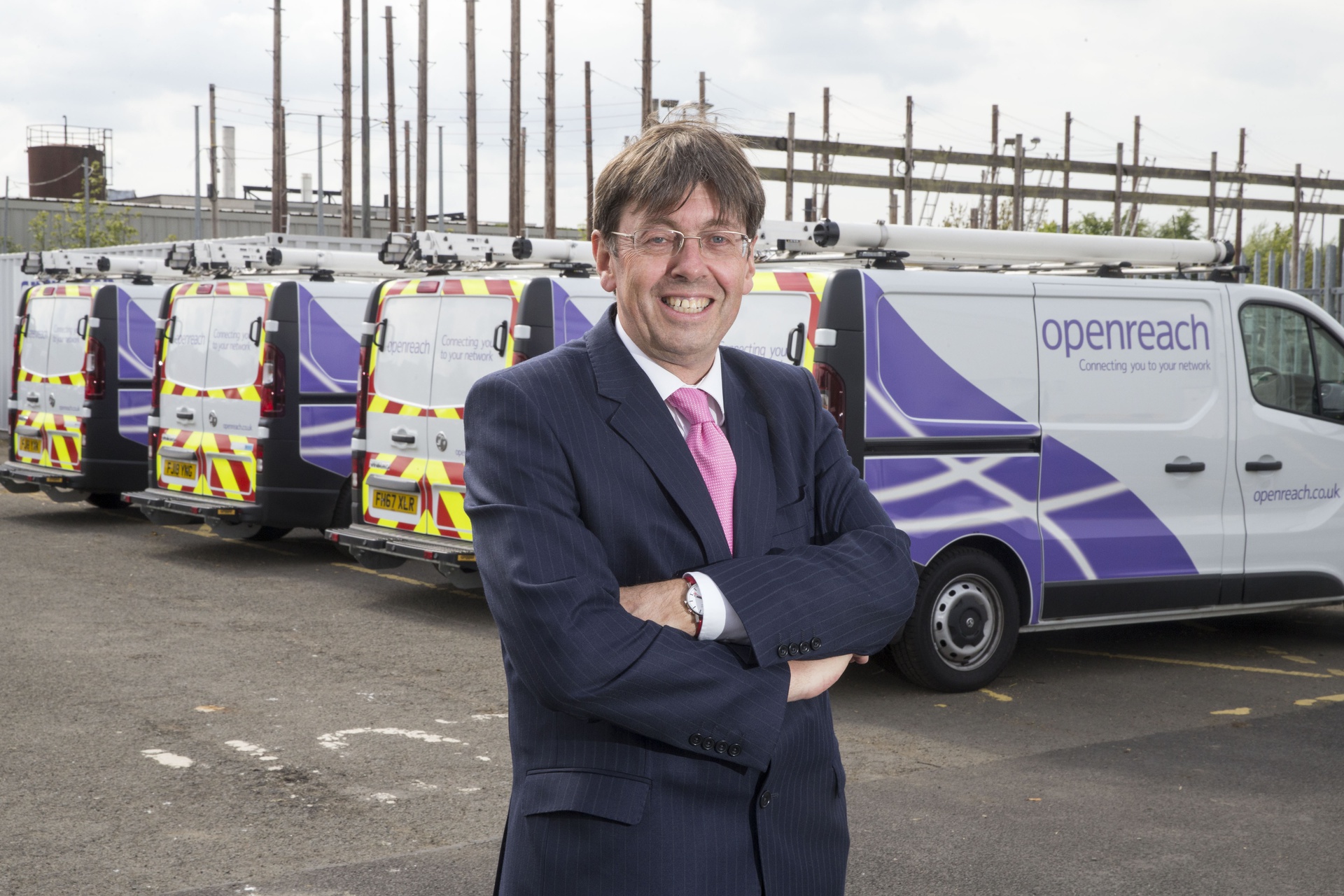 The move means that Openreach, the UK’s largest telephone and broadband network, now has an independent UK workforce of 31,000 people as well as the largest team of fibre broadband engineers in the country.

Openreach is not only responsible for upgrading and maintaining home telephone and broadband services on behalf of hundreds of service providers, but also provides infrastructure for large and small businesses, as well as places like hospitals, schools and stadiums. More than 27 million premises use Openreach’s fibre network.

Across the UK, in a typical week, Openreach carries out around 95,000 installations and 85,000 jobs upgrading, protecting and repairing the network. That’s more than 9 million a year, or well over 37,000 every working day.

Brendan Dick, chair of the new Openreach Board in Scotland, said: “This is an important day for Openreach as we’re fulfilling the commitments to Ofcom under the Digital Communications Review.

“Openreach now has its own Board in the UK, and here in Scotland, greater strategic and operational independence, a separate brand and an independent workforce – and we’re ambitious for the future.

“We’ve set out a clear plan to invest in new, more reliable, future-proof broadband technology, and we’re right in the middle of our largest ever recruitment drive for 3,500 engineers – 400 of them in Scotland – so it’s an exciting time to be part of Openreach Limited.

“We’re determined to continue improving customer service, collaborating closely with our customers, and spearheading the national rollout of next generation broadband networks.”

Over the coming months, Openreach will also be embarking on its first national brand campaign – involving digital, outdoor and print advertising – to raise awareness of its new independent identity, and promoting its work and investment in the UK, including across Scotland.

BT Group and Openreach have been working closely with partner unions to ensure a smooth transition of people, including conducting a formal consultation on the transfer with unions and employees since July.

In June, the industry regulator Ofcom, reported that Openreach has been making positive progress towards implementing the commitments made under its review, with the people transfer the significant remaining milestone to overcome.

Openreach has committed to invest in faster, better broadband networks, through its new ‘Fibre First’ strategy and is planning to roll-out full-fibre broadband to 3 million households by the end of 2020 with an ambition to reach 10 million by the middle of the next decade.

Openreach also announced in July a series of wholesale discounts to incentivise its 600 Communications Providers to upgrade their customers onto the better broadband networks it has already built. This, in turn, will see Openreach delivering more money back to publicly subsidised broadband projects[i].

[i]Under the terms of the Broadband Delivery UK (BDUK) programme, we have committed to repay or re-invest grant funding depending on factors including when customer adoption of the new services we’ve built passes beyond the 20% mark in related areas. This funding can be reinvested to further improve coverage and speeds via future contracts. As of March 2018, BT has made provision for £528m to be returned over the lifetime of the contracts and £80m of this has already been committed – earlier than required - to improve speeds and coverage in certain areas.