Pole-to-pole in Cambridgeshire with Openreach engineers 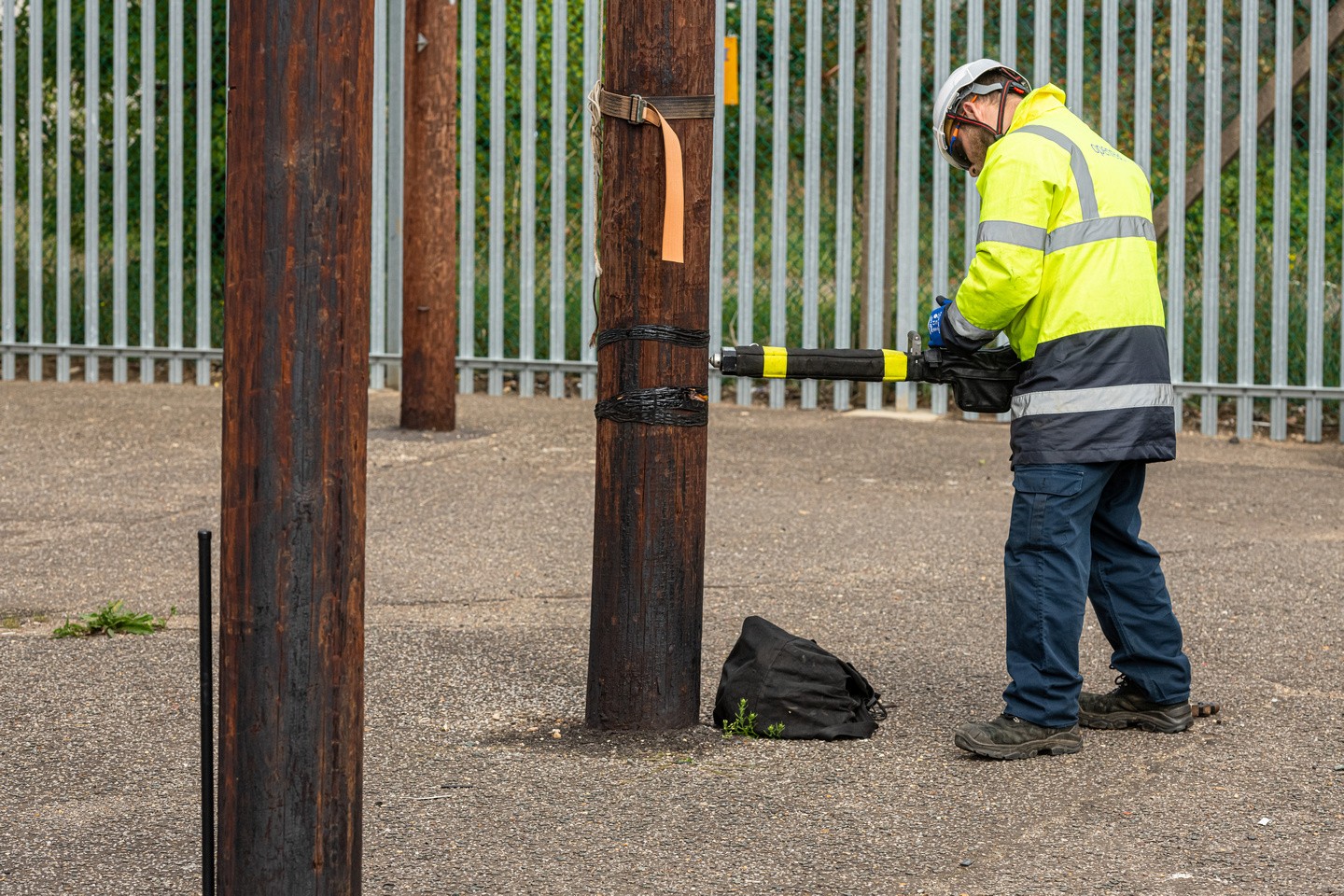 Openreach has nearly four million telephone poles across the UK, including 37,000 in Cambridgeshire

A 500-strong team of Openreach engineers, responsible for looking after telephone poles across the UK, have climbed more than 11.5 million metres during the past year – close to the equivalent of a round-trip from London to the North Pole.

James Brisbane works across Cambridgeshire and typically tests between 8 and 12 poles every day. He’s looking for signs of damage, decay, rot or anything else that would make the pole unsteady and therefore a danger to engineers working on them or members of the public.

He’s been doing the job for two years, and says becoming a pole tester is “the best decision he’s ever made”.

Openreach has nearly four million telephone poles across the UK, including 37,000 in Cambridgeshire, which play a key role in delivering high-speed fibre broadband.

Pole tester James Brisbane explains what testing poles involves: “It’s a really important job as with so many poles around the UK, it’s important that they’re kept safe. Some of the tallest poles are 15 metres high, so they have to be completely stable to allow our engineers to climb them safely. Over time, poles can rot or decay, suffer from wood wasps, insects and even woodpeckers, accidental damage from farm vehicles, and some have even been damaged by cows rubbing up against them.

“One of the most simple ways to test a pole is to tap it with a small hammer to listen for any defects. We also use more advanced methods, including a resistograph, which is a sophisticated electronically controlled drill that provides a real-time view into whether a pole is in good condition. Both of these approaches mean I’ve still got to climb every pole I test, so I’m probably climbing up around 100 metres of pole every day. The oldest pole I check, which is still is good condition, is in Wisbech and dates back to 1933.

“The job is great as I’m outdoors all the time. It can be a struggle in the depths of winter but the benefits far outweigh that. Many of our poles are in really remote areas so it’s not uncommon to be walking for over a mile across open countryside to carry out a test. Some of the challenges are pretty unique as well, such as where trees have grown around a pole and pretty much hidden it, or when I’m testing a number of adjacent poles but you have a river or stream running in between them. Every day throws up a unique challenge but that’s the attraction of the job I suppose.”

How does Openreach test a pole?

Climb – pole testers climb the pole, sometimes as high as 15 metres, to check it’s not decaying at the top, and that the attached steps are safe

Dig – Most issues with poles occur at or just below ground level, so a small dig around the base of the pole is another way to check if things are as they should be

Repair – Openreach’s pole testing team are able to carry out small repairs for minor damage, but of course can report anything more substantial if required

Resistograph – This has been the biggest advancement in pole testing in recent years and has increased the accuracy of pole tests. Previously, engineers would take samples from poles and relied on experience. The resistograph is a sophisticated piece of kit that measures the resistance of the wood in a pole using a needle. The needle that goes in, moves fibres (not breaking them) and if it comes across decay, the resistance drops, and we know the pole is starting to decay.

Across Cambridgeshire, work with the county council has helped to make superfast broadband available to more than 97 per cent of homes of businesses. Openreach’s full fibre build is also underway in Ely, Glinton and Helpston.

More than 3,400 Openreach people live and work across the East of England.

Pole-to-pole in Cambridgeshire with Openreach engineers