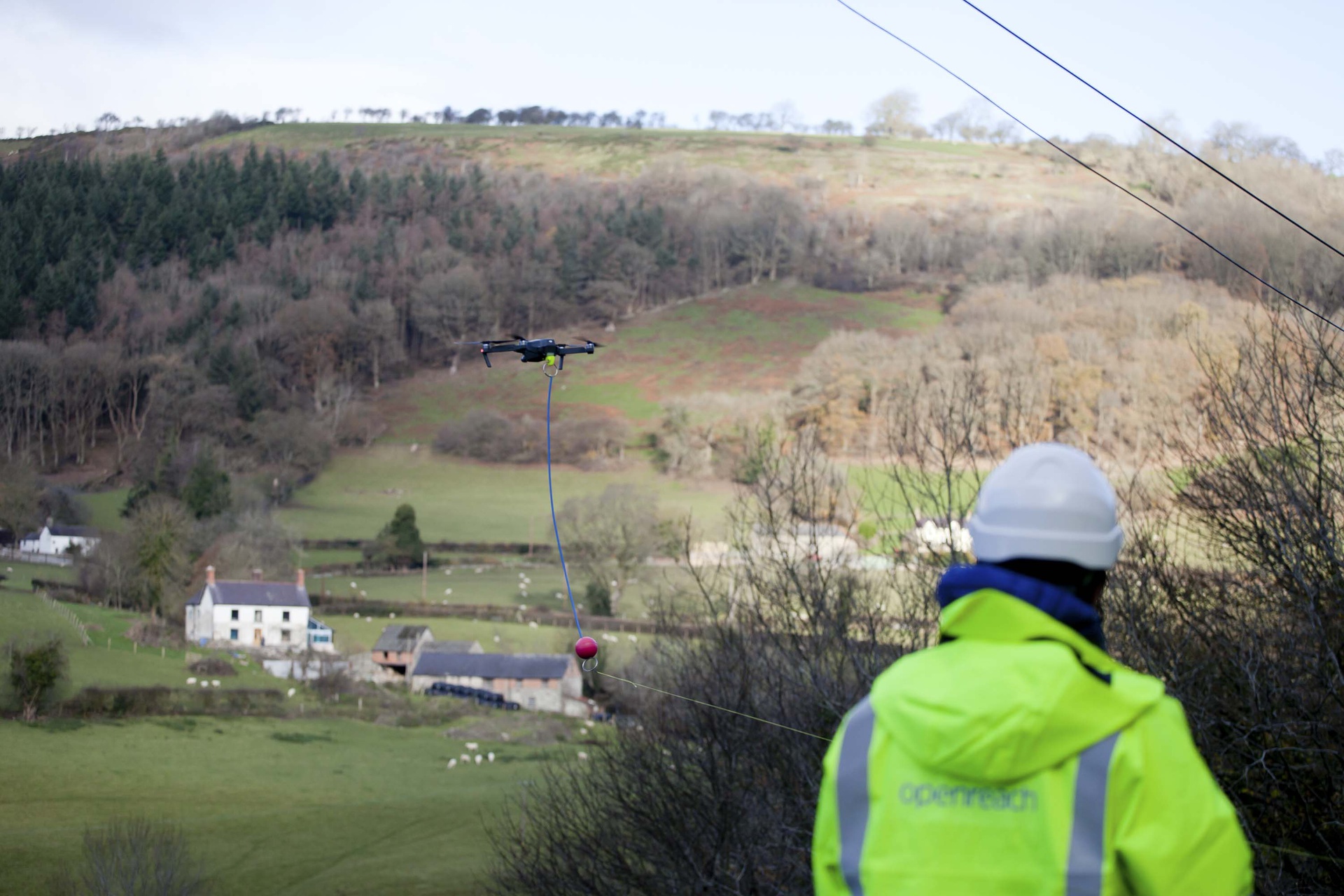 An innovation centre in Suffolk is set to play a key role in training the next generation of telecoms drone pilots, after a bespoke training area was approved as part of redevelopment plans.

The drone training area is just one part of an exciting development given planning permission this week, as Openreach’s Chief Engineers team look to start work at Four Acre, near Brightwell, in the coming months.

Initially, work will include clearing, replacing and modernising some of the existing buildings, as well as the creation of a new 110m2 innovation centre and event space.

Openreach, the UK’s largest phone and broadband network, uses drones to help deliver ultrafast, ultra-reliable Full Fibre broadband to inaccessible places, mainly where vehicles would struggle. Recent examples include taking fibre optic cables across canals and rivers, over a railway line and through very rural areas where crossing a deep valley would be otherwise impossible.

Andy Whale, Chief Engineer at Openreach, said: “Our Brightwell site is currently used for some of the UK’s leading testing of network developments. But we want to widen this out and make it a real focal point for everything that Openreach does around innovation and collaboration. We see it as somewhere can get together as a business to work on new things, test future products, join forces with our suppliers to try out ideas, and even involve the local community so they feel an important part of our work.

“Central to the plan is a drone training area, which will be a first for Openreach, and critical to making sure our drone operators get the training and skills needed to do this increasingly important role. Using drones to build the network is something fairly new to our Chief Engineer team, but a really useful option when we’re faced with hostile terrain or a difficult area to cover. They always create a buzz of excitement when we use them, even amongst experienced engineers, and I’m sure we’re going to see them used lots more in the future.

“Now the planning application is approved, work starts to transform this site. Clearly, due to the global events of the past few months, we’re in a very different place from when we first announced our plans. We’re taking stock of what’s immediately possible – such as the drone training area – and which other parts of our plan – such as the mock training street – may have to wait a little longer than originally expected.”

Openreach has a small group of engineers who’ve already been professionally trained and certified by the Civil Aviation Authority to fly drones commercially.

Previous successes have included using drones to connect properties in Glenmazeran, near Inverness, Pontfadog, near Wrexham, and even crossing around 30 metres of a canal in Greater Manchester.

The new innovation site will build on Openreach’s already important role in the East of England. As well as being the network used by the likes of BT, Sky, TalkTalk and Zen, more than 3,400 of Openreach’s people live and work in the region.

The company has also played a key role in helping make superfast broadband available to more than 96 per cent of homes and businesses, and its ultrafast rollout is gathering pace. We’re building in urban areas such as Norwich, and more rural communities including Attleborough, Besthorpe, Great Ellingham, Dereham, Toftwood, Downham Market, Watton, Wymondham (Norfolk) and Bungay, Earsham, Ditchingham (Suffolk).

For the latest information visit www.openreach.co.uk