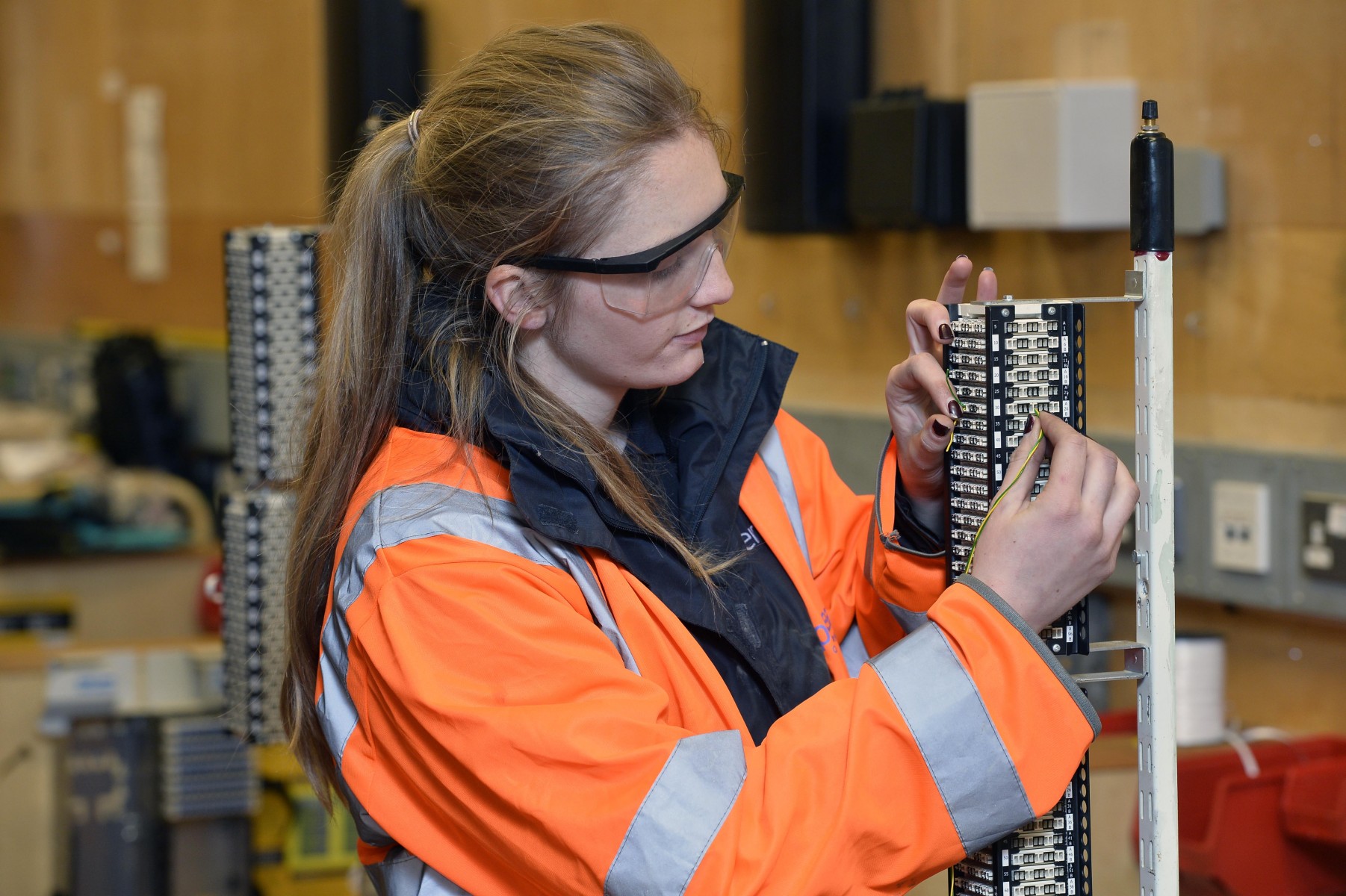 The company’s updated build plan will be fundamental to the UK Government achieving its target of delivering ‘gigabit capable broadband’ to 85 per cent of UK by 2025 and it follows an extended investment commitment by its parent, BT Group. It means Openreach will now build Full Fibre technology to a total of 25 million premises, including more than six million in the hardest-to-serve parts of the country.

The plans also include an extension to the company’s biggest ever recruitment drive, with a further 1,000 new roles being created in 2021 on top of the 2,500 jobs which were announced in December 2020.

Clive Selley, Openreach CEO, said: “Building a new broadband network across the UK is a massive challenge and some parts of the country will inevitably require public funding. But our expanded build plan means taxpayer subsidies can be limited to only the hardest to connect homes and businesses - and we hope to see other companies step forward to build in the most rural areas too.

“This is a hugely complex, nationwide engineering project – second only to HS2 in terms of investment. It will help level-up the UK because the impact of Full Fibre broadband stretches from increased economic prosperity and international competitiveness, to higher employment and environmental benefits. We’re also delighted to continue bucking the national trend by creating thousands more jobs, with apprentices joining in their droves to start their careers as engineers.”

Digital Secretary Oliver Dowden said: “We are levelling up the UK and taking hard-to-reach homes and businesses off buffer mode with a £5 billion investment in lightning-fast, next generation broadband

“I welcome Openreach’s ambitious plans to connect millions more rural homes to gigabit speeds. It means our funding can go even further to help those in need and will create thousands more high-skilled engineering jobs as we build back better from the pandemic."

Sarah Lee, Head of Policy, Countryside Alliance, said: “The Countryside Alliance welcomes this announcement by Openreach that they will be targeting the harder to reach communities in rural Britain. This is certainly a step in the right direction after the government rolled back their commitment last year to deliver full fibre and gigabit capable broadband to the countryside by 2025. The rural economy is already 16 per cent less productive than the national average but has such big potential with more people working from home and opting for flexi-working. If you were to level up the countryside by delivering connectivity the economy has the potential to grow by up to £43bn in England alone. If we are to have a green recovery in this post Covid world then delivering digital connectivity must remain a priority and Openreach must be applauded for making this commitment.”

Mark Bridgeman, President of the Country Land & Business Association which represents 28,000 farmers, land managers and rural businesses across England and Wales, said: “This announcement is a real boost for millions more rural homes who are set to benefit from faster broadband.

“The countryside has tremendous economic potential to create more jobs and attract new rural businesses, but this can’t be achieved without improved connectivity. Unlocking the digital potential of the countryside could be worth billions of pounds to the economy.”

Mike Cherry, Federation of Small Businesses National Chair, said: “Covid has shown more than ever the importance of digital connectivity to small businesses, and is accelerating the drive to digital. The lack of access to good local digital infrastructure hampers the productivity of small businesses and sole traders, and FSB research shows how small businesses in rural areas are particularly affected by slow speeds. Today’s announcement by Openreach is therefore very welcome, as it should connect millions more premises in rural and hard to reach areas. Opening up opportunities for businesses as they face hybrid working, changes to global trade and new ways to engage with customers is going to be crucial to the levelling up agenda.”

Openreach is already building Full Fibre faster, at lower cost and higher quality than anyone else in the UK, having made the technology available to more than 4.8 million homes and business so far.

Openreach is using a range of innovations and techniques to deliver world class build costs, whilst a major investment in 11 new regional training centres is helping to equip and skill thousands of new engineers. As a result, Openreach believes it can build Full Fibre to up to four million rural and urban premises a year (or c.75,000 per week, which is c.15,000 every working day) under its commercial programmeii.

The new, five-year deployment plan includes the majority of homes and business in around 1100 exchange locations - including market and coastal towns, villages and hamlets spread across the entire UK. The locations include Kirkwall in the Orkney Islands, Cardigan in Wales, Keswick in Cumbria and Allhallows in Kent.

Further details and timescales will continue to be published on the Openreach website HERE as detailed surveys and planning are completed and the build progresses. Home and business owners can always check the very latest availability and plans for their post code using Openreach online fibre checker here www.openreach.co.uk/threemnfibreck

For more information about engineering careers and what it’s like to work at Openreach, visit www.openreach.co.uk/threemncareers