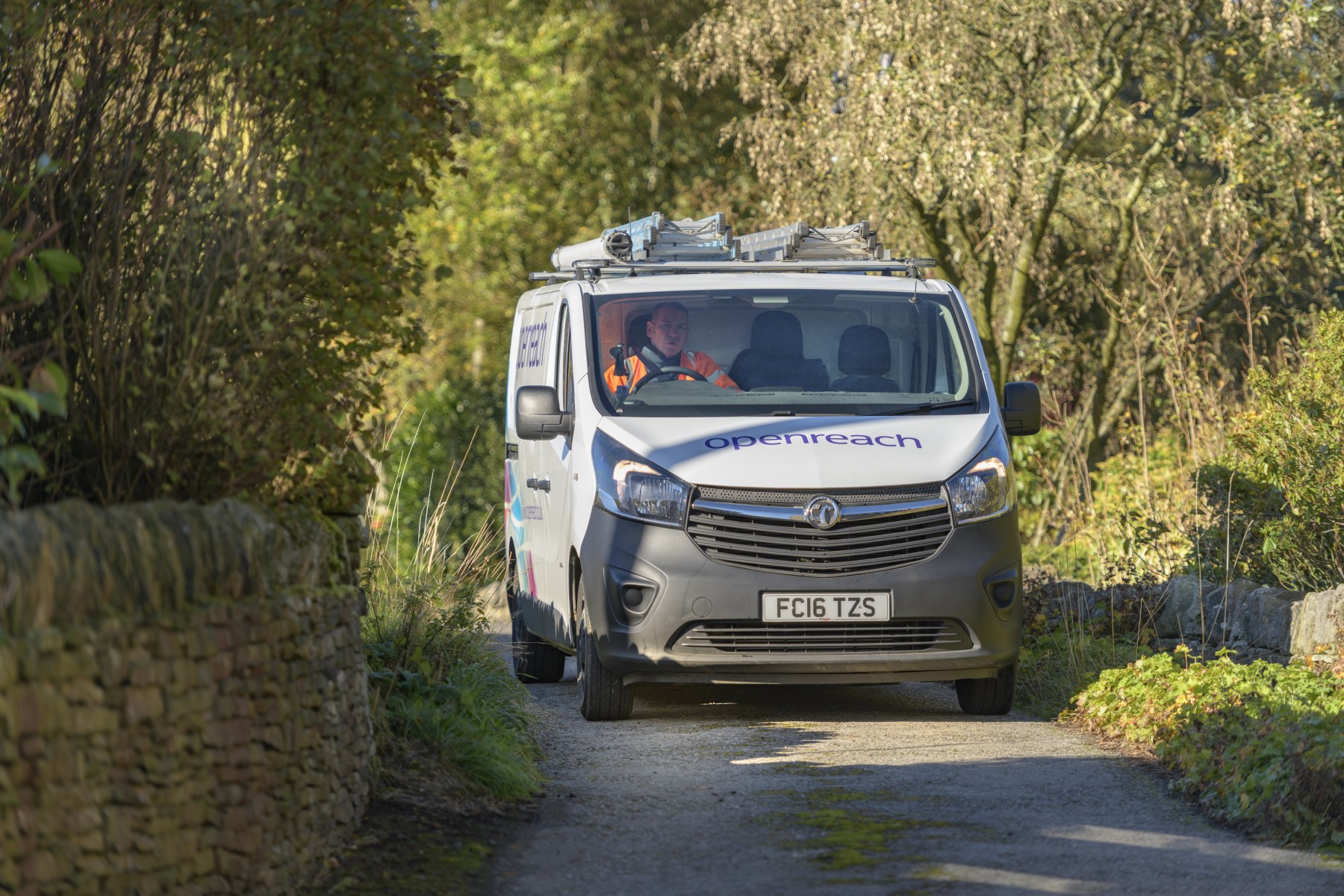 Openreach today outlined plans to make ultrafast, ultra-reliable and future-proof broadband available in 22 market towns and villages across the East of England.

It’s part of a bigger announcement involving 227[1] ‘harder to reach’ areas across the UK, with building to start in the next 14 months, supporting Openreach’s previously stated target to reach four million homes and businesses with ‘full fibre’ technology by the end of March 2021.

These new locations across Bedfordshire, Cambridgeshire, Norfolk and Suffolk are part of the company’s ambition to extend its new ‘full’ fibre-to-the-premises (FTTP) network outside cities.

The work builds on successful cost busting village trials launched at the tail end of last year - including Cranfield in Bedfordshire and Kentford in Suffolk - which have seen engineers developing a range of new tools, skills and techniques to help Openreach build full fibre in areas previously considered too complex or expensive to upgrade.

Laura Whelan, Openreach’s Partnership Director in the East of England, said: “This is great news for people living and working here and builds on Openreach’s strong track record of working in rural areas, for years playing a key role alongside local councils to upgrade more than 96 per cent of the East of England to superfast broadband. Today’s announcement is about taking that next step and building a full fibre network that is not only faster, but also more reliable and future-proof for generations to come.”

There are clear economic benefits to building full fibre in rural areas. In a report by the Centre for Economics & Business Research (Cebr) – “Full fibre broadband: A platform for growth” - commissioned by Openreach in 2019, revealed that connecting everyone in the East of England to ‘full fibre’ broadband by 2025 would create a £5.4 billion boost to the region’s economy.

The report also revealed that 45,000 people in the region could be brought back into the workforce through enhanced connectivity. This could include roles within small businesses and entrepreneurs – as well as allowing thousands more people to work remotely, by unlocking smarter ways of working, better public services and greater opportunities for the next-generation of home-grown businesses.

Openreach’s CEO, Clive Selley, said: “Our full fibre build program is going great guns - having passed over 2 million premises already on the way to our 4m target by March 2021. We’re now building at around 26,000 premises a week in over 100 locations – reaching a new home or business every 23 seconds That’s up from 13,000 premises a week this time last year.

“Openreach has always been committed to doing our bit in rural Britain - delivering network upgrades in communities that are harder to reach and less densely populated. We intend to build a significant portion of our full-fibre network in these harder to reach areas of the UK and are announcing 227 locations today.

“Our ambition is to reach 15 million premises by mid-2020s if right investment conditions are in place. Currently, the biggest missing piece of this puzzle is getting an exemption from business rates on building fibre cables which is critical for any fibre builder’s long-term investment case.”

Openreach recently reached over two million homes and businesses with full fibre technology and a quarter of its existing footprint already falls within rural areas. More than 120,000 homes and businesses – including 16,000 in the East of England - have also signed up to Openreach’s Community Fibre Partnership (CFP) scheme. The CFP programme enables the company to work with a local community to build a customised co-funded solution and bring fibre broadband to areas not included in any existing private or publicly subsidised upgrade schemes.

To view the full list of market towns and villages included in this phase of build, please visit our website

More than 3,200 Openreach people live and work in the East of England.