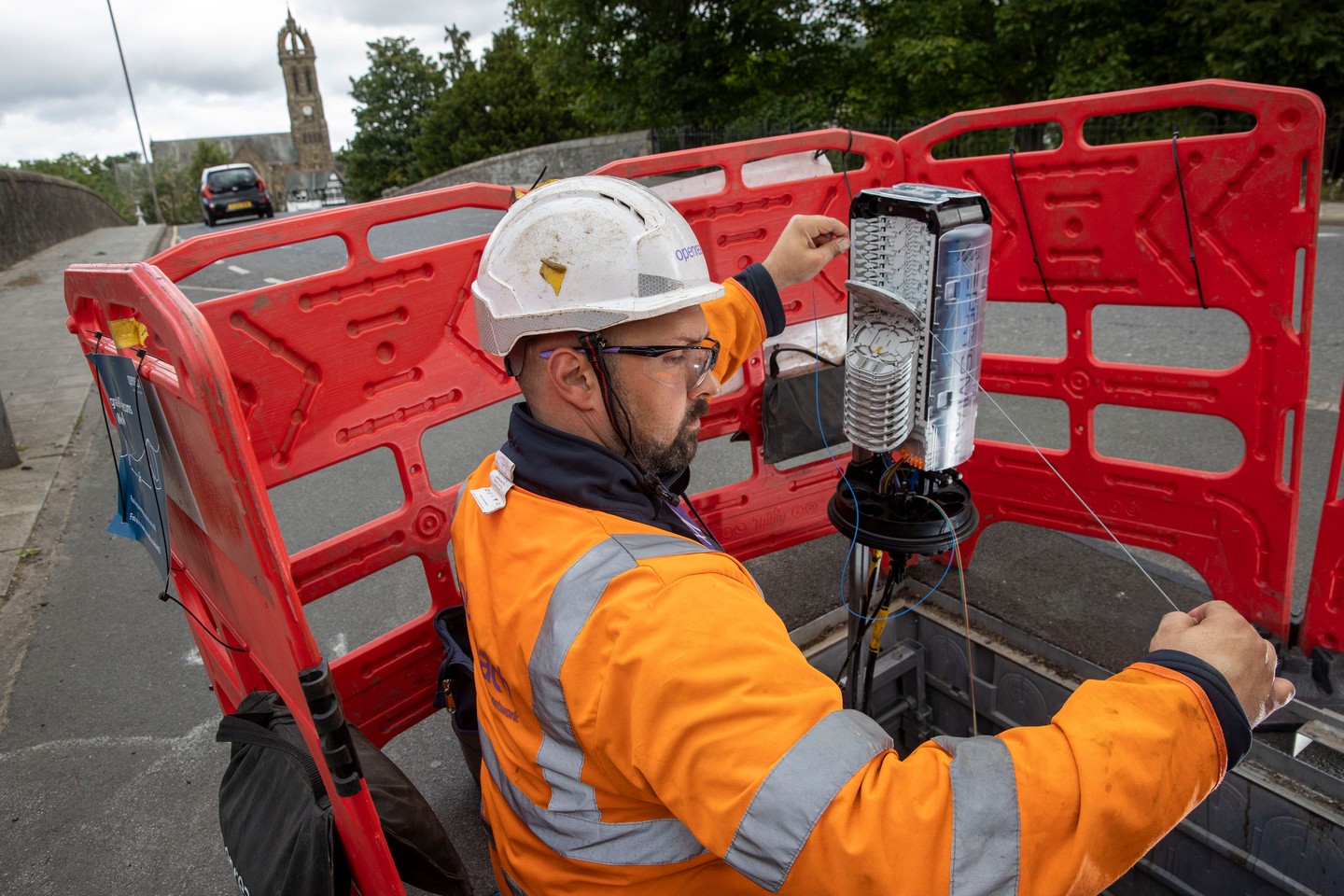 Building the Full Fibre network
Engineer at work in Peebles, Scotland, working on a fibre aggregation node - which holds individual fibres that will serve surrounding properties

Openreach’s Regional Partnership Director for the West Midlands, Kasam Hussain, today welcomed the findings of a report conducted by the Centre for Economics and Business Research (Cebr) which shows that a comprehensive Full Fibre network in the region could enable 85,000 new people to enter the region’s workforce.

The report, commissioned by Openreach, also reveals that a nationwide rollout would also allow more than 29,000 people in the West Midlands to expand the hours they are able to work if they wanted. And helping carers, parents and over-65s to access employment could contribute £2.2 billon in gross value added to the West Midlands economy.

Kasam Hussain commented: “This report illustrates just how game-changing the roll out of Full Fibre broadband across the West Midlands rural and remote communities could be.

“The Cebr findings show accelerating the build would pay huge dividends to the West Midlands economy as a whole and be instrumental in bringing people back into the workforce who haven’t previously had the ability to navigate other commitments or find opportunities in their local area.

“Cebr’s previous research explained the economic windfall in store for the UK with a nationwide upgrade – including a £59 billion boost to productivity - £4.5bn of this in the West Midlands. And this updated report highlights how Full Fibre can help to level up the UK, bringing up to more than 85,000 people back into the workforce in our region. This an opportunity we can’t afford to ignore.”

Openreach is investing millions of pounds on a Full Fibre rollout to dozens of towns and cities in the region, including many in the hard-to-reach ‘final third’. Build is already underway including the city areas of Birmingham and Coventry, as well as harder to reach places such as Cannock and Burton Upon Trent in Staffordshire, Hereford, Evesham and Malvern in Worcestershire, and Stratford-upon-Avon in Warwickshire.

In December last year, Openreach announced it was creating 2,500 new roles and an estimated 2,800 roles with partners to support the UK-wide Full Fibre build, including 160 new roles in the West Midlands.

Openreach already employs more than 34,500 people, including more than 25,000 engineers who build, maintain and connect customers to its nationwide broadband network. Of these, more than 2,700 live and/or work in the West Midlands.