Goosey quick! The tiny Oxfordshire village of Goosey Wick will be the first to benefit from a new £600,000 Oxfordshire faster broadband fund, led by Oxfordshire County Council and Openreach, as part of the Better Broadband for Oxfordshire programme. The county council hopes other remote communities, who are not part of any public or private sector upgrade roll-out, will follow suit. 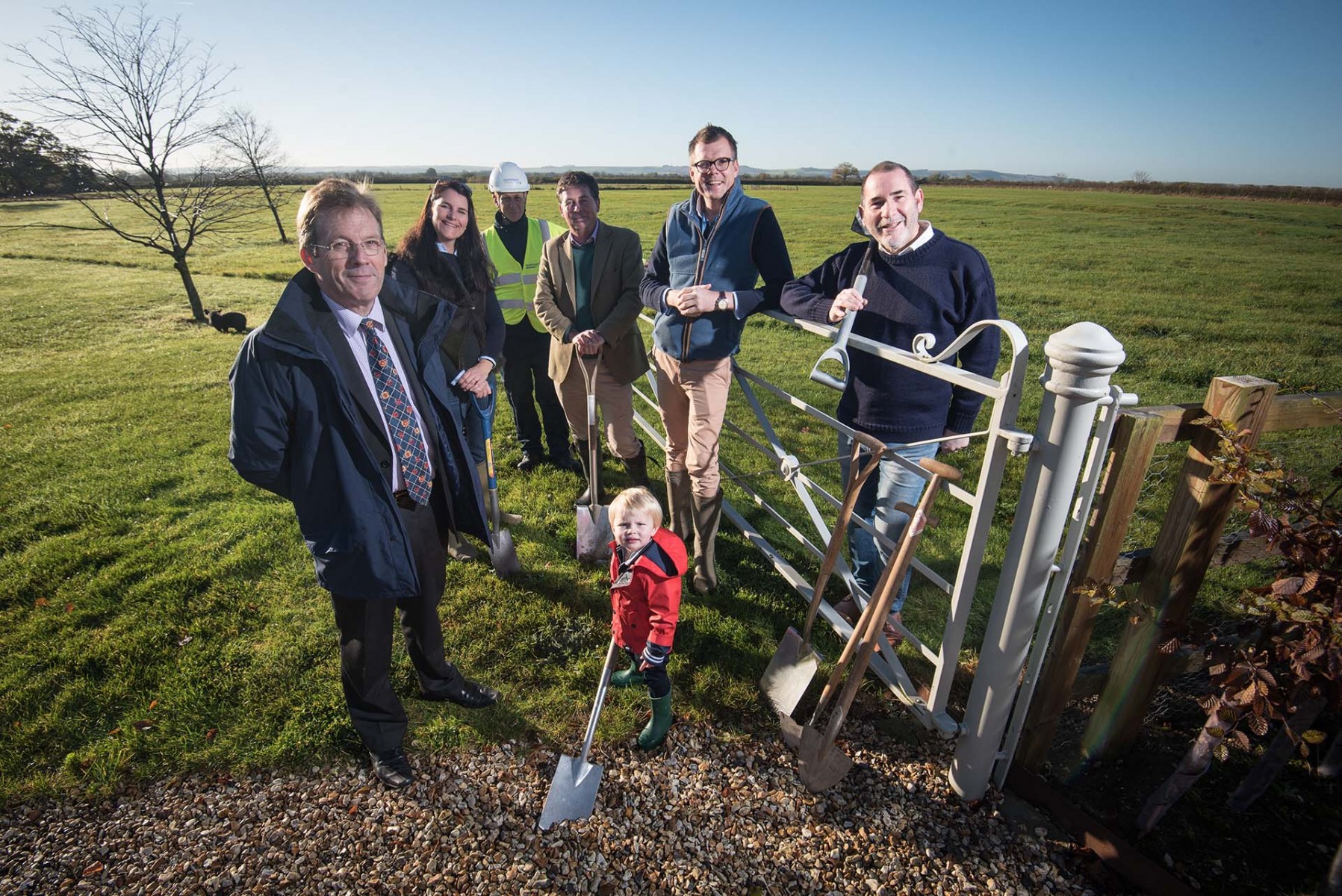 Goosey Wick villagers will be the first to harvest the benefits of a new £600,000 Oxfordshire faster broadband fund, led by Oxfordshire County Council and Openreach, as part of the Government’s Broadband Delivery UK (BDUK) programme.

Eleven farms and households in tiny Goosey Wick, near Charney Bassett, will get ultrafast Fibre to the Premises (FTTP) broadband after becoming the first to sign up for the new Better Broadband for Oxfordshire co-funding initiative. FTTP is capable of download speeds of up to one Gigabit per second (Gbps) – about 1,000 times faster than the village’s current speeds.

The partnership allocated £600,000 in total from efficiency savings elsewhere in the Better Broadband for Oxfordshire roll-out to co-fund projects like the one in Goosey Wick.

Under the scheme, the county council will contribute up to £1,700 per premise*, with Openreach – the business responsible for Britain’s largest telephone and broadband network – carrying out the upgrade work. The co-funding programme aims to bring high-speed broadband to more of the county’s smallest, remote communities not yet earmarked for any public or private sector roll-outs, by sharing the infrastructure and installation costs, which would otherwise be too expensive.

Goosey Wick residents have kept the costs down even more by offering to use their own equipment to do some of the digging. The project at Goosey Wick is a major engineering challenge involving the installation of around 13 kilometres of fibre optic cabling by engineers from Openreach. The arrival of ultrafast broadband in around 12 months’ time will be a welcome boost for local farmers who are diversifying into new fields, including letting out cottages, and other residents wanting the option of working from home.

Local resident Philip Campbell, who co-ordinated the community’s application, said: “We’re so pleased Oxfordshire County Council highlighted the availability of the grant scheme and that Openreach are going to be doing the engineering work to connect us. I would certainly encourage other communities in a similar situation to look into the scheme.”

His wife, Jill, added: “The new fibre service will make such a difference to the lives of the people of all ages who live and work here, including younger members of the community who rely on the internet for so much of their studies and homework these days.”

Oxfordshire County Councillor David Bartholomew, Cabinet member for Finance (Broadband and Communications), said: “We’re on track for superfast broadband to reach 96 per cent of Oxfordshire premises by the end of 2018, but rolling out high-speed broadband to the final four per cent is challenging and needs new and innovative solutions.

“Our co-funding scheme is just one of the ways we’re working hard to enable more communities to access this vital technology, and contributing to our ambition to make Oxfordshire one of the best-served counties in the UK for digital infrastructure.

“We want to hear from any other communities who might be interested in taking part in our co-funding scheme.”

Steve Haines, Openreach’s managing director of next generation access, said: “We know how vital fast internet is to communities. Bringing new technology to tiny, remote communities like Goosey Wick can be challenging and expensive, which is why co-funding initiatives like this one are becoming increasingly popular.

“Whether it’s streaming TV in the home, doing homework online, or downloading large files in the office – superfast broadband makes doing anything online faster. With a choice of many broadband providers and the variety of services and prices they offer, the Openreach network provides real choice.”

Issued by Oxfordshire County Council and BT on behalf of the Better Broadband for Oxfordshire partnership.

Twitter: @EmmaTennantBT All Openreach news releases are available at our web site.

About Better Broadband for Oxfordshire

Better Broadband for Oxfordshire is a partnership between Oxfordshire County Council, BT and BDUK.

The first phase of the programme was comprised of £25 million of funding: £10m from Oxfordshire County Council, £4m from the Government (Broadband Delivery UK) and £11m from BT. Engineering work on this phase began in August 2013 with the first homes and businesses going live in December 2013.

Additional funding of £5.58 million was announced in November 2015. This will increase the percentage of county homes and businesses able to get superfast fibre broadband to more than 95 per cent when combined with earlier phases of the Better Broadband for Oxfordshire programme and the private sector’s commercial roll-out of the technology. This funding comprises: £2 million from the Oxfordshire Local Enterprise Partnership (LEP); £120,000 from the South East Midlands LEP and Cherwell District Council; £168,000 from Oxford City Council; £2.2 million from the Government’s Broadband Delivery UK (BDUK) programme and £1.1 million from BT. When combined the additional funding adds a further 12,000 premises to the programme.

For further details to go: www.betterbroadbandoxfordshire.org.uk