Openreach has been showing the next generation of broadband technology to Edinburgh’s Ian Murray MP and Daniel Johnson MSP. They visited Liberton to see the latest upgrades of more reliable, ultrafast Fibre-to-the-Premises (FTTP) as local residents became among the first in the city to get connected to the new, future-proof technology. 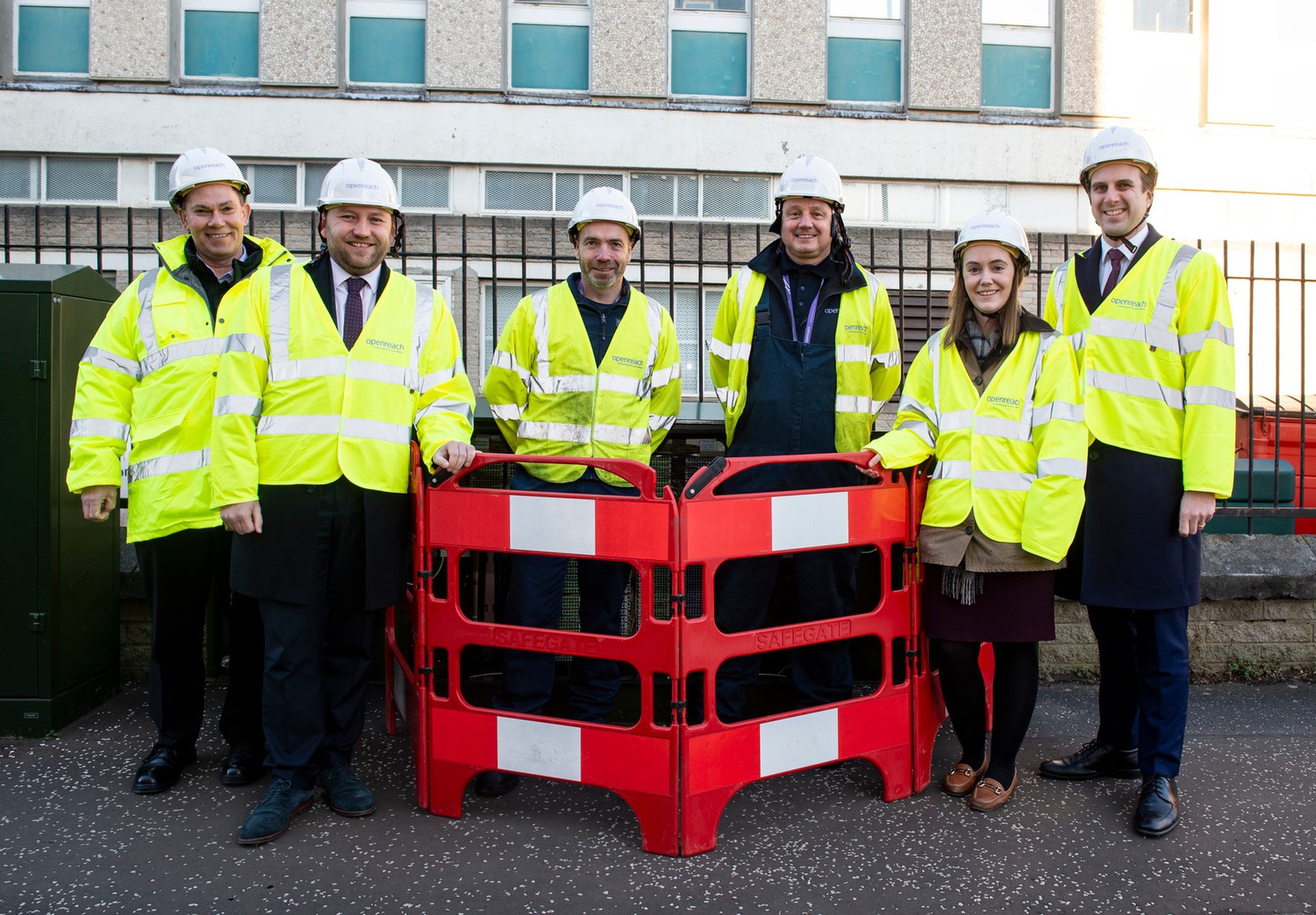 Openreach has been showing the next generation of broadband technology to Edinburgh’s Ian Murray MP and Daniel Johnson MSP.

On a fact-finding field trip with engineers, the duo visited Liberton to see the latest upgrades of more reliable, ultrafast Fibre-to-the-Premises (FTTP) as local residents became among the first in the city to get connected to the new, future-proof technology.

As well as adding even more reliability and resilience to the network, FTTP brings speeds of up to one gigabit per second (1Gbps)*, about 22 times faster than the current UK average of 46Mbps.

They also saw the inner workings of a local street cabinet which offers Fibre-to-the-Cabinet (FTTC) broadband at speeds of up to 80Mbps* and visited Morningside exchange, with local Openreach engineers Jim Wylie and Steven Melville outlining the differences between fibre technologies.

Edinburgh is the first city in Scotland – and one of the first in the UK – to be included in Openreach’s rollout of full fibre technology. The company is on track to bring ultrafast services to three million premises by the end of 2020 and, with the right conditions, 10 million by the mid 2020s.

The Edinburgh FTTP rollout is under way in several parts of the city, including Abbeyhill, Corstorphine, Roseburn, Gorgie, Haymarket, Murrayfield and Newington.

Full fibre technology provides even greater capacity for multiple devices, the use of smart appliances, and uninterrupted video calls, will help local businesses to compete and grow, and will future-proof the city’s connectivity for decades.

Edinburgh South MP Mr Murray said: “Good connectivity is vital for a strong local economy, so it’s been great to hear about the progress that’s being made and what that means for constituents.

“The fact that Edinburgh is one of the first places in the UK to benefit from Openreach investment in full-fibre will help make sure that our historic city remains at the forefront of technology.”

Edinburgh Southern MSP Mr Johnson added: “It was particularly interesting to hear about the huge difference a full fibre connection will make to residents’ broadband speed, reliability and capacity.

“It was also useful to hear about developments at Openreach’s training centre in Livingston where a new fibre school will be launched next year. Engineering is a vital part of Scotland’s economy and skills learned there will benefit the nation.”

“Ian and Daniel share our ambition to make sure everybody in Scotland has access to a quality broadband service. We appreciate that they were able to make time to come and learn about the challenges and realities of delivering digital technology. For example, a specific issue in Edinburgh is getting access to put new equipment on telephone poles, which are often sited in people’s back gardens!

”Only Openreach has the commitment, experience, skills and large local workforce needed to deliver an open, digital network for all of Scotland that’s fit for the future.”

Openreach’s FTTC footprint currently passes more than 24 million UK homes and businesses, including more than 2.5 million in Scotland, where take-up stands at around a third.

According to the independent Think Broadband website, 98 per cent of premises in Edinburgh are able to connect to superfast broadband at a speed of 30Mbps* and above.