The third phase of the multi-million pound Northern Lincs Broadband programme is now well under way, with Beltoft in the Isle of Axholme one of the latest communities to benefit from an upgrade to ultrafast broadband speeds. 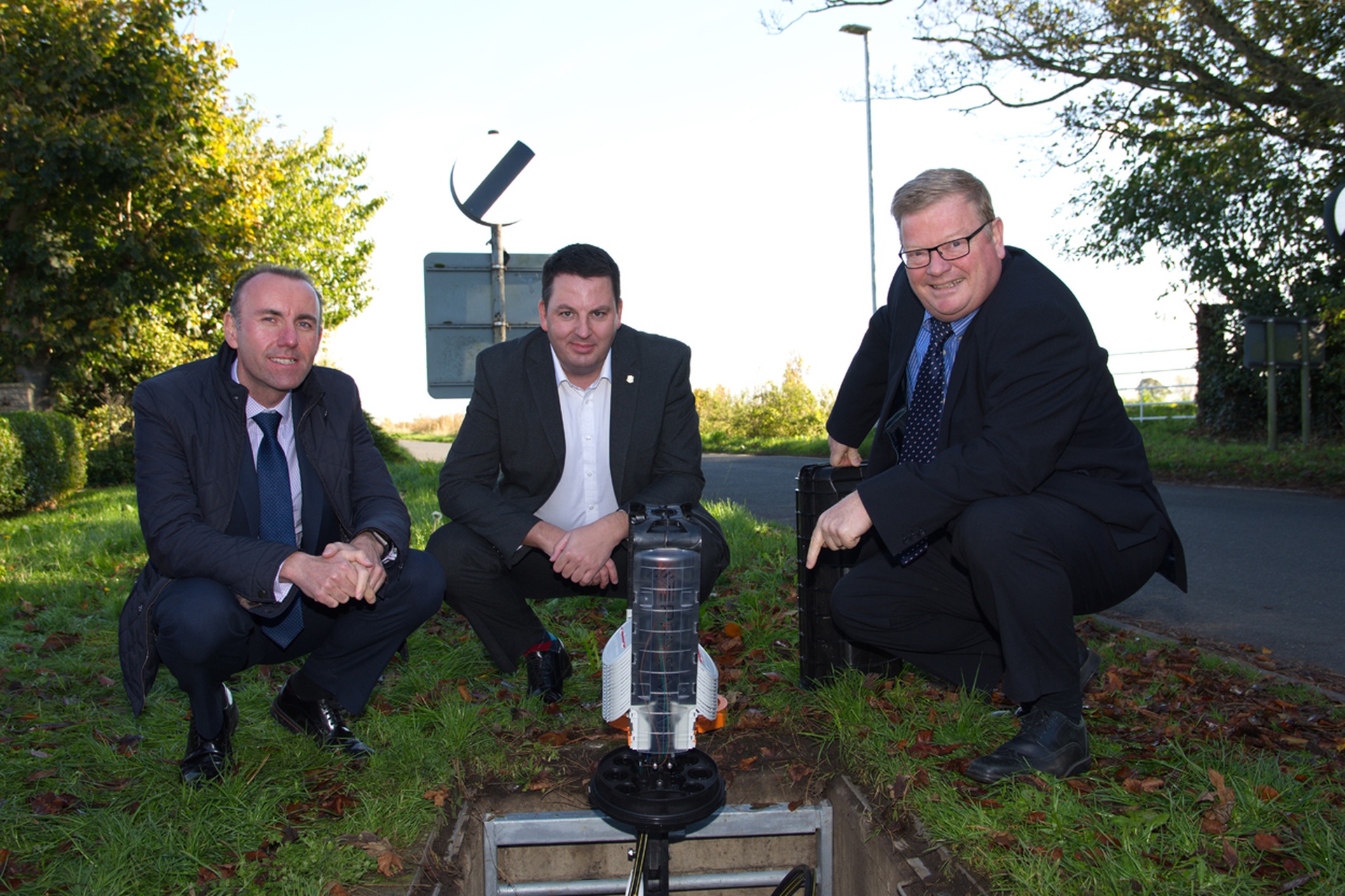 The third phase of the multi-million pound Northern Lincs Broadband programme is now well under way, with Beltoft in the Isle of Axholme one of the latest communities to benefit from an upgrade to ultrafast broadband speeds.

Beltoft and Belton are the first to benefit from the new technology, with around 140 premises able to access Fibre-to-the-Premises (FTTP) technology via fibre optic cables running direct from the nearest telephone exchange to the household or business. FTTP is capable of offering ultrafast broadband speeds of up to 1Gbps*.

Fibre-to-the-Cabinet (FTTC) is the main technology being rolled out across Northern Lincolnshire by Openreach, the business responsible for Britain’s largest phone and broadband network. It typically offers download speeds of up to 80Mbps* but increasingly the roll-out will include other technologies which will enable the programme to reach even more geographically challenging areas.

Cllr Rob Waltham, leader of North Lincolnshire Council, said: “In July we announced this further multi-million pound investment in the Northern Lincs Broadband project. We have worked swiftly with Openreach to start implementing this funding in areas that have waited the longest for superfast broadband.

“As the project has progressed, technologies have become more cost effective and easier to install, therefore we have been able to provide some of the fastest possible broadband speeds in some of our most rural areas.

“The Northern Lincolnshire project is recognised nationally as one of the quickest to complete the first phase and has exceeded predicted take-up levels, with more than 40 per cent of businesses and residents purchasing a superfast broadband service.

“We will exceed our aim of providing 99 per cent of properties across Northern Lincolnshire with access to superfast broadband. Being able to access high speed broadband has so many benefits for residents and businesses; we are encouraging them to take full advantage of the upgraded network.”

Derek Richardson, Openreach programme director for Yorkshire and the Humber, said: “Increasingly we are reaching some of the most difficult and rural parts of Northern Lincolnshire. Rural geographies present many challenges not faced in more urban areas. By using a variety of solutions and innovative technologies we can ensure that superfast – and now ultrafast – broadband reaches many small and rural communities who would otherwise be unable to benefit.”

The third phase of the Northern Lincs Broadband programme has been funded by a £2.9m boost made from efficiencies in the first phase of the programme and a reinvestment by BT Group. An additional 2,300 properties will gain access to superfast broadband, bringing the total able to benefit to almost 40,000. More than 99 per cent of residential and business properties in North Lincolnshire will have access to superfast broadband by the end this phase which is expected to complete in March 2019.

To access the benefits of superfast broadband, residents and businesses should contact their internet service provider and enquire about an upgrade – as customers do not automatically get faster broadband once fibre broadband is available in an area.