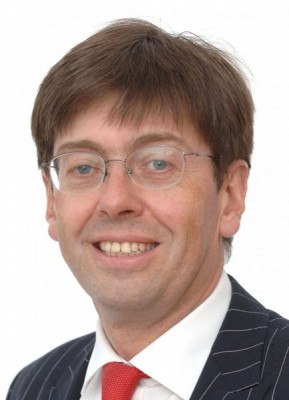 Broadband boss Brendan Dick has been awarded the OBE for services to Telecommunications and to Business in Scotland in King Charles’ first Honours list.

The Edinburgh-based business veteran was director of BT in Scotland from 2006-18 and chaired the Openreach Scotland Board from 2018-21, following the digital network’s legal separation from its parent BT Group.

He remains an executive adviser to the Board, now led by Chief Commercial Officer Katie Milligan, in addition to several other executive, non-executive and advisory roles.

Brendan said: “I started out in the telecoms industry in 1980. In that time Scotland has moved from a copper-driven telephony country to one that’s exploiting fibre broadband capability in one of the most challenging geographies in Europe – and doing it well.

“I’m delighted to have been part of that journey and, with the broader business community, look forward to Scotland continuing to exploit digital in the global economy. That’s the challenge and we must stay sharply focused on it.”

Congratulating Brendan on behalf of the BT Group, Openreach Chief Executive Clive Selley said: “Throughout his career Brendan Dick has been dedicated to improving people’s lives through digital technology and great service.

“He forged partnerships across the public, private and third sectors to close digital divides and solve issues the nation faces, while showing a huge level of commitment to the wider business community thought his involvement in trade and industry organisations.

“Under Brendan’s leadership, millions of Scottish households and businesses gained access to fast, reliable connectivity. He has made a real difference to the lives of most Scots.”

In addition to his ongoing work with Openreach, Brendan is currently a director and trustee of Scottish Golf – the national governing body for the sport – and a non-executive director at the International Futures Forum.

A Fellow of the Scottish Council for Development and Industry, he chaired the body from 2015-2019 and was a Member of the CBI Scotland Council 2012-2018.

He served as Honorary President of the Scottish Council for Voluntary Organisations from 2010-20 and chaired Business in the Community Scotland from 2009-13, including 12 months as the then Prince of Wales’ Ambassador for Corporate Social Responsibility, focusing on climate change behaviours across the business community.

The King’s New Year Honours list recognises the achievements and service of people across the UK, from all walks of life.