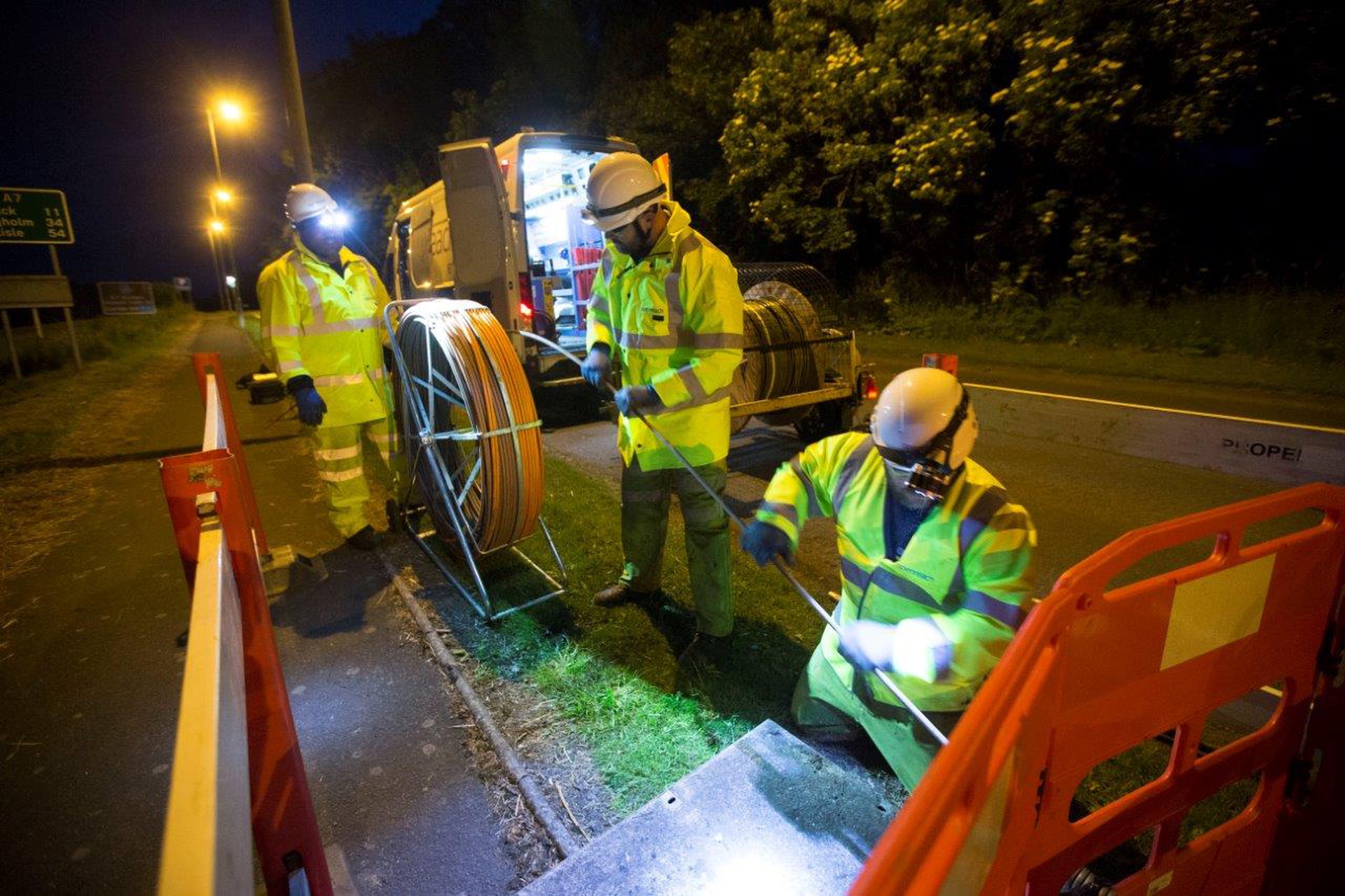 More than 95% of homes and businesses across Scotland can now access fibre broadband. It means that when combined with commercial coverage, the Digital Scotland Superfast Broadband (DSSB) programme has exceeded its target of 95 per cent on schedule.

Each week the programme, one of the largest and most innovative broadband infrastructure projects in Europe, reaches more remote and rural areas. Communities from as far north as North Roe, Shetland to as far south as Whithorn, Dumfries and Galloway, can all access fibre broadband.

Across the country around 4,400 new fibre street cabinets are now live and more than 9,700km of cable has been laid, including 400km or subsea cabling, by engineers from Openreach, Scotland’s digital network business.

Fibre broadband offers fast and reliable broadband connections at speeds of up to 80Mbps* and there are many suppliers in the marketplace to choose from. To benefit from faster speeds homes and businesses need to sign up for the new, faster services with an internet service provider, as upgrades are not automatic.

Connectivity Secretary Fergus Ewing said: “Fast and reliable internet is fundamental for the future economic and social success of communities right across Scotland.

“This is a landmark for the Digital Scotland Superfast Broadband programme, which has connected around 890,000 premises to fibre broadband, and is ensuring Scotland can offer world-class digital infrastructure. Without the DSSB programme only 66% of Scotland would have been able to receive fibre broadband.

“While this is fantastic news, I am determined to go even further, I am aware that those who do not have access are at a disadvantage and our job is not done until everyone is connected. We are now focusing on the next steps to achieve 100 per cent coverage by 2021.”

Thanks to the programme, more than 890,000 premises now have access to fibre broadband. And with the additional investment as a result of innovation and new funding generated by stronger than expected fibre take-up, the programme will deliver new DSSB deployment in every local authority area during 2018 and beyond, complementing ongoing commercial build across Scotland.

Robert Thorburn, fibre partnership director for Openreach in Scotland, added: “Everyone at Openreach is massively proud to be part of the Digital Scotland project. The scale of the challenge of delivering fibre broadband the length and breadth of Scotland is huge. Our planners, engineers and contractors have worked flat out to make sure we reached 95 per cent of Scottish premises on time and on budget.

“Latest stats show that 92.7 per cent of households and businesses in Scotland can now get a superfast service of 24Mbps or faster. Further high-speed coverage is planned throughout 2018 as part of the extended build work within the current project. It’s been fantastic working hand in hand with our partners in the public sector to make this happen for Scotland.”

The Digital Scotland Superfast Broadband programme aims to provide fibre broadband infrastructure to parts of Scotland not included in commercial providers’ investment plans. Combined with current commercial roll-out plans, the programme will deliver access to fibre broadband to around 95% of premises by the end of the current contract.

Funding partners include the Scottish Government, Highlands and Islands Enterprise, BT, the UK Government through Broadband Delivery UK (BDUK), local authorities and the European Regional Development Fund. The total project value includes around £18 million which is being reinvested back in to the programme as a result of stronger than expected early take-up.