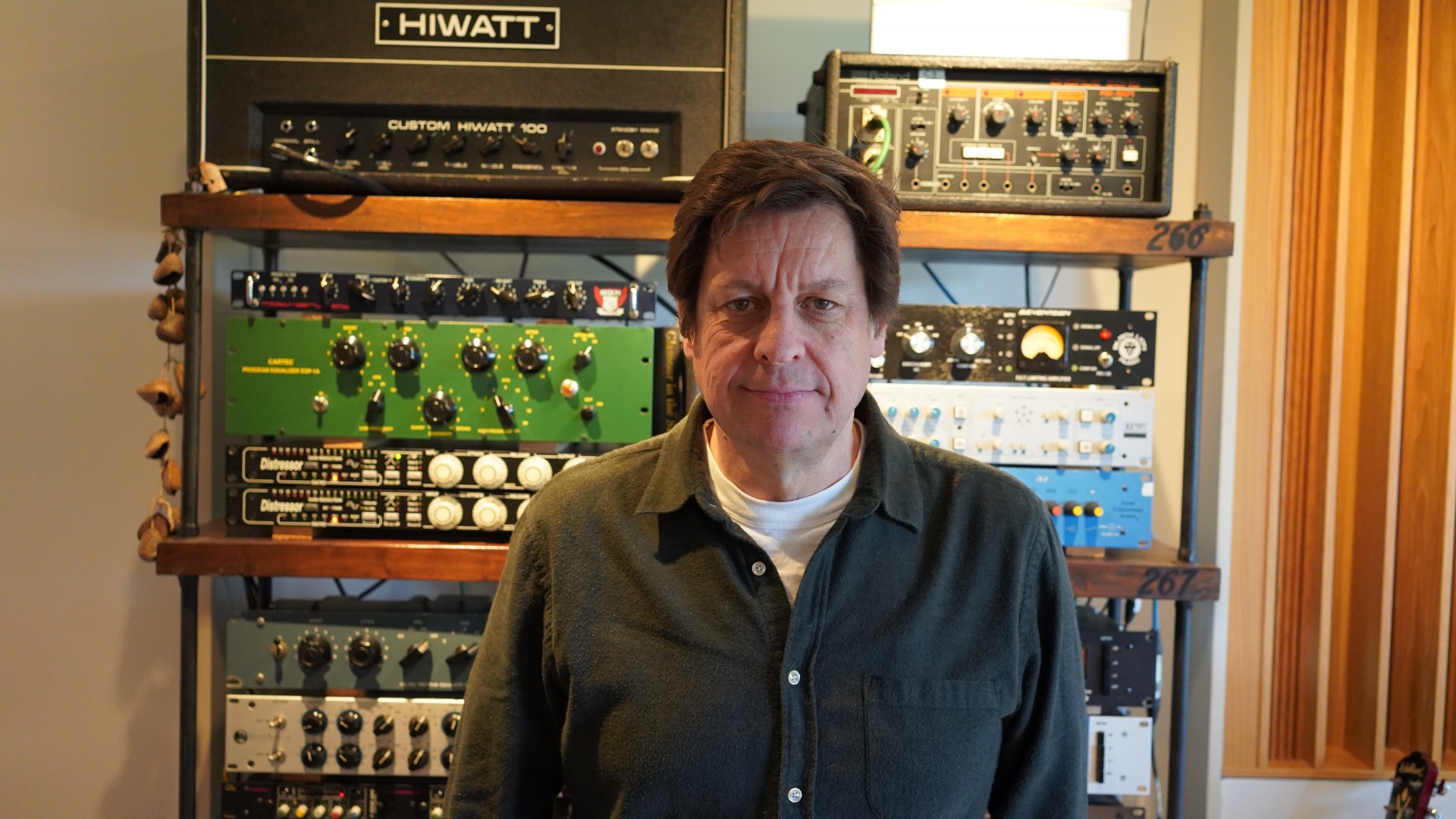 More than 100,000 homes and businesses across Suffolk can now order Ultrafast Full Fibre, thanks to a £30 million broadband investment by Openreach.

And the work has already hit the right notes for a leading music studio near Woodbridge, where they’re discovering that reliability is key, and their broadband speeds have reached the top of the charts, after engineers were instrumental in connecting them.

Award-winning music producer Cenzo Townshend from Decoy Studios, based in the small village of Melton, had approached Openreach for help as they were struggling with slow speeds.

They regularly transfer large music files between their studios in rural Suffolk, to places like London and Los Angeles.

But things were so bad they could only upload and download recordings overnight, putting them at a significant disadvantage compared to rival studios.

It led to fears they would struggle to attract stars who value the peace and tranquillity of the Suffolk countryside when they’re penning their new album or recording their latest single.

Thankfully Openreach’s Chief Engineer team stepped in and blitzed the build in just a few days, with Decoy Studios and surrounding homes upgraded to a new ultrafast, ultra-reliable full fibre network, which is future-proof for decades to come.

Some of the fastest broadband speeds in the UK are now available there, securing the long-term future of the business.

Cenzo Townshend says the arrival of full fibre is a huge boost: “We were really starting to feel the impact of a slow broadband connection. Having a studio outside of London brings many advantages to us, but we need to have a similar level of connectivity so we can communicate between studios, and with artists.

“We must download 30 to 40 Gigabytes at a time, and we upload double that sometimes. Slow speeds were a big problem for our business. It came to a head when we were trying to finish a very important album, which involved large music files being bounced around between Suffolk, London, and LA. It got to the point when we just couldn’t upload what we needed to. Speeds of less than 10Mbps on average were just not cutting it, so we knew we had to do something.

“Since we started work with Openreach’s Chief Engineers team, things have moved quickly, and we’ve now got full fibre up and running. They were determined to make sure we had the best connection possible and pulled out all the stops to make it happen. We can now easily transfer music and have 2 or 3 artists recording at the same time and it has no impact on how our broadband performs.”

If Openreach’s full fibre build was measured in record sales, it would be closing in on Platinum status, having already reached around 800,000 homes and businesses across the East of England, including more than 100,000 in Suffolk.

Work is currently underway in Ipswich (Kesgrave and Foxhall), Lowestoft, Stowmarket, Sudbury and nearby Woodbridge, where it was announced in May that around 5,000 local homes and businesses would be the next to benefit from Openreach’s full fibre build.

Director for Openreach’s Chief Engineer team in East Anglia, Phil Royal, said: “Bringing full fibre to Decoy Studios and the surrounding homes was quite a challenge but one that my engineers tackled with huge determination. We needed to use a mix of infrastructure – some of it underground - and think creatively when working out how to get fibre across the Suffolk countryside to Melton, from the nearby exchange in Woodbridge.”

“To minimise disruption, we used existing parts of the Openreach network wherever possible. This is not only easier for us, but it keeps things like digging up roads, using temporary traffic lights and moving big heavy equipment down local country roads to a minimum. We know these are the issues that are important to people living in rural areas.

“It’s not every day you get to work in and around a music recording studio that has famous artists popping in and out and we’re delighted to have made a difference in this community. Cenzo and his team at the studio couldn’t have been more helpful, accommodating, and welcoming, and we’re grateful for his support during the build.”

It’s also less affected by peak time congestion and it allows people to use multiple devices at once without the connection slowing down. That means more people can get online at the same time without experiencing stuttering, buffering or dropouts.

Openreach’s role across East Anglia and the East of England extends beyond making full fibre broadband available. The company has roots in almost every community, with more than 3,500 Openreach people living and working across the region.