Openreach stocks up for winter to keep the North West connected

Summary
Openreach is stocking up on thousands of snow shoes, salt and screenwash to make sure millions of people stay connected in the event of severe weather this winter. 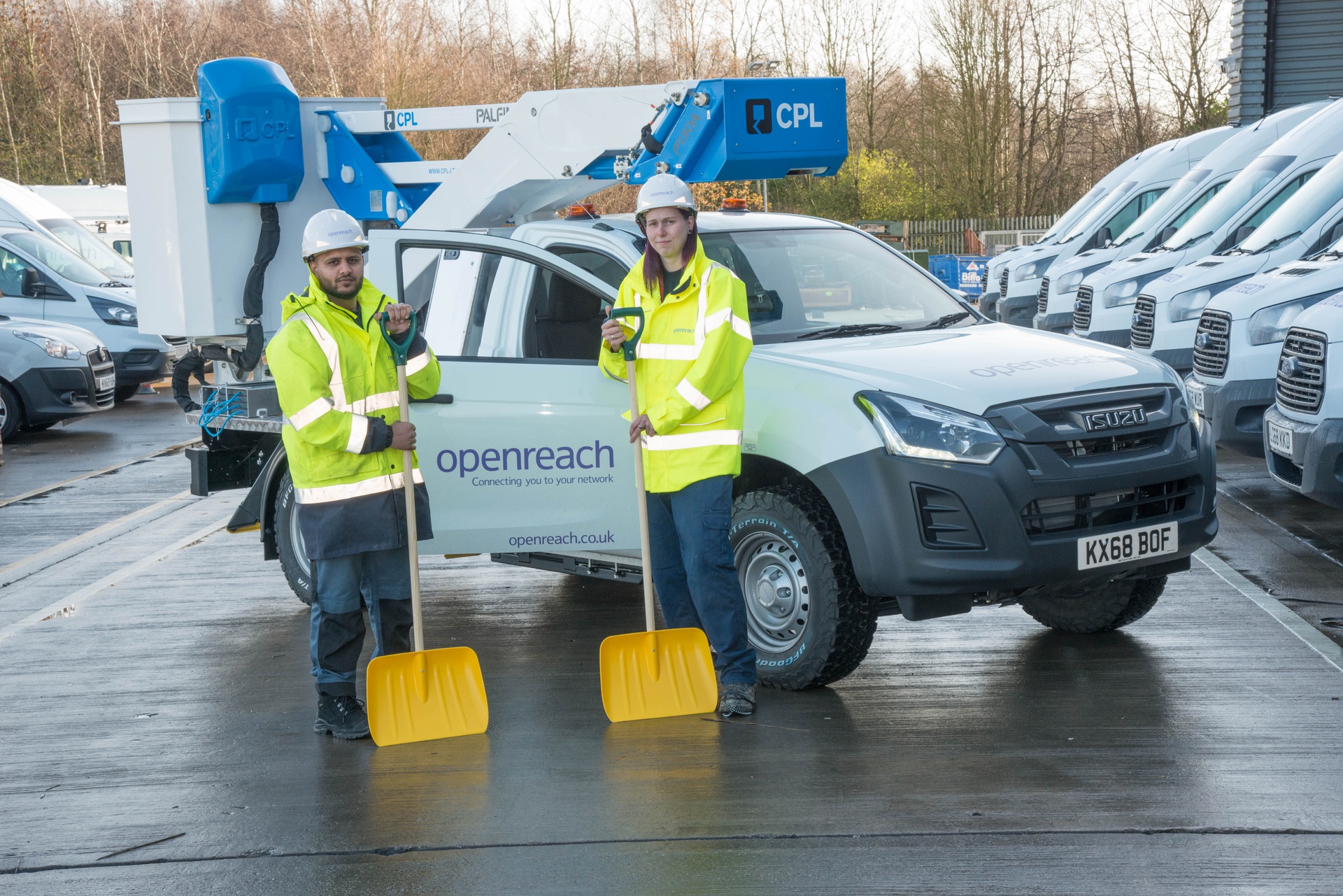 Lessons learned from dealing with extreme weather over the last few winters has seen the UK’s largest telephone and broadband network invest in record amounts of stock this year to keep its engineers on the road.

Openreach’s Director of Operations in the North West, Paul McGinlay said: “We’ve been working to minimise the potential for disruption as we head into the season which brought us heavy snowfall followed by the ‘Beast from the East’ last year.

“We’ve been stocking up on essentials like ice grips for shoes so that the UK’s largest team of engineers can keep working whatever the weather, to maintain our phone and broadband network and continue with our ambitious programme to roll-out fibre broadband across the country.

“We’d also urge anyone across the North West to alert us if they spot any damage to our network, like dangling cables or broken poles, so we can crack on with repairs. When mother nature does come calling, we’ll be ready and able to fight back.”

As well as stocking up on supplies, Openreach has placed increased focus and investment in geographic hotspots which have proved susceptible to storms and wild weather in recent winters. A fleet of 100 4x4 vehicles has been strategically placed around the UK to reach isolated communities quickly.

The winter readiness plans will be supported by a record level of recruitment. Across the North West, more than 3,400 people are employed by Openreach, most of them engineers. And that team is expanding, after it was announced last year that more than 280 new engineers are being recruited.

Openreach provides the telephone and broadband network used by hundreds of service providers such as Sky, TalkTalk and BT. Its fibre broadband network is the biggest in the UK, passing more than 27 million premises.

Openreach stocks up for winter to keep the North West connected