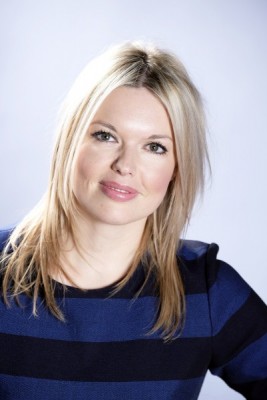 Openreach today announced top executive Katie Milligan will lead its Scotland Board when current chair Brendan Dick retires at the end of March 2021.

Katie, who comes from Ardrossan in Ayrshire, is already Managing Director, Customer, Commercial and Propositions at the digital network business. As an established member of Openreach’s executive team, Katie heads up its £5bn portfolio of products and services and leads its relationships with the 665 Communications Provider companies (such as BT, Sky, TalkTalk, Vodafone and Zen) who provide services using the Openreach network, making sure they’re represented in everything Openreach does.

Industry veteran Brendan is retiring after leading Openreach Scotland through its independence from BT Group in 2018 and establishing the Scotland Board and strategy. The Board brings together the company’s senior leaders to collaborate, plan investment and share resources to deliver the biggest impact across rural and urban Scotland.

Katie Milligan said: “As a passionate Scot and MD of Openreach’s customer-facing business unit, I’m delighted to take over the leadership role of chair of the Board in Scotland. This is a crucial time for the development of Scottish digital infrastructure, as we pave the way to analogue switch-off in 2025. I look forward to working with the Scotland senior team to reinforce our long-term commitment to Scotland, build on the impact our network has and help the country make the move to new technologies as they emerge.”

Clive Selley, chief executive of Openreach and a Scotland board member, said: “In a time of rapid change, I’m pleased to appoint an executive of Katie’s calibre to the head of Scotland’s biggest digital engineering business. Her strategic leadership and commercial acumen will be vital as we accelerate our ultrafast broadband build across the nation and deliver the Scottish Government’s hugely challenging R100 build alongside our very significant private investment.”

He added: “We’ve been really fortunate to have Brendan at the helm over the last 30 months and he leaves us in good shape. He has tirelessly championed digital connectivity for Scotland over decades. We wish him all the very best for his retirement.”

Openreach is Scotland’s only national digital network provider, with a direct workforce of 3,200 people across the country supported by around 700 people working for partners in its supply chain.

The company has helped bring superfast1 broadband to nearly 95 per cent of Scotland today and is building gigabit-capable1, future-proof full fibre broadband networks in more than 80 Scottish cities, towns and villages as part of a £12bn plan to reach up to 20 million UK premises by the mid-to-late 2020s.

Brendan Dick said: “Throughout my career it’s been an honour and privilege to work with people who are focused on making a real difference. What Openreach does in Scotland matters. Our network has underpinned the economy during this year’s restrictions.”

He added: “It remains vital that everybody works together to exploit the digital capability Scotland already has. It’s essential for recovery in the short term – and Scotland’s success in the world beyond that.”

Katie joined Openreach in 2009 and was previously its commercial director, leading teams through projects including the design and delivery of superfast fibre products and high bandwidth propositions for businesses and large organisations. A graduate of the Business School at the University of Strathclyde, she previously held several senior positions at BT Group.

Brendan joined the BT Group in September 1980. Prior to joining Openreach to chair the Scotland Board in 2018, Brendan was BT Group director in Scotland and MD of BT UK Nations & Regions. A graduate of the University of Edinburgh, much of his early career was spent in information technology, designing, developing and deploying large systems across the UK.

[1] Wholesale services are available over the Openreach network to all service providers; speeds offered by service providers may vary. FTTC (fibre-to-the-cabinet) is available at speeds of up to 80Mbps. FTTP (fibre-to-the-premises) is capable of delivering the fastest residential broadband speeds in the UK – up to 1Gbps – fast enough to download a two-hour HD movie in 25 seconds or a 45-minute HD TV programme in just five seconds.