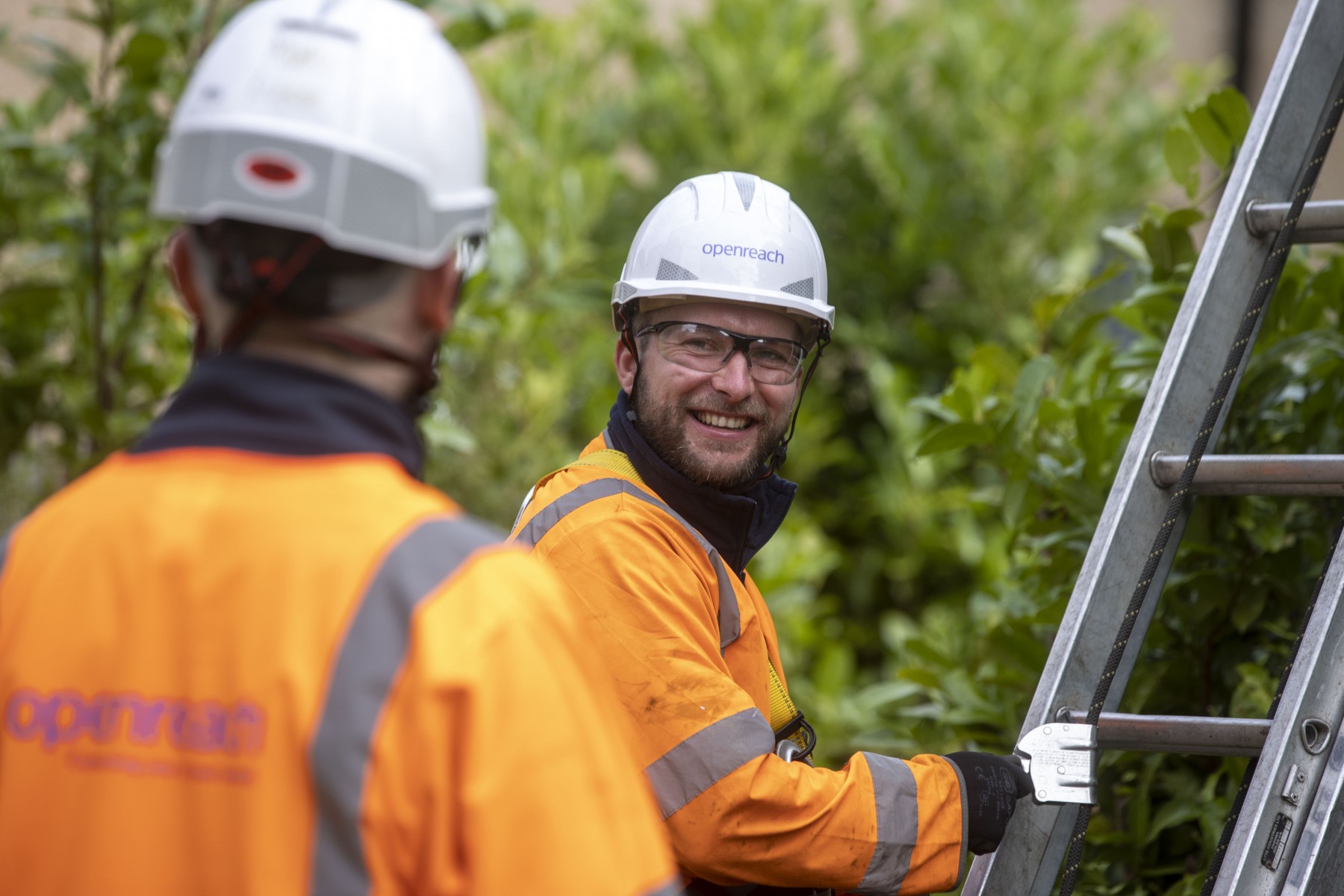 Openreach today outlined plans to make ultra-reliable and gigabit-capable full fibre broadband available to homes and businesses in and around more than 20 market towns and villages across the North West.

The new locations, including Kendal, Penrith, Barrow-in-Furness Irby, Skelmersdale, Poulton-le-Fylde, Barnoldswick Nantwich and Sandbach, will be upgraded by Openreach, without taxpayer subsidy and it’s hoped having access to some of the fastest broadband speeds in Europe will boost their post-Covid economic recovery.

Work is expected to get under way in many of the announced locations within the next 12-18 months, although due to the size of the build, some places will see work continue into 2024.

The new North West locations (full list below) are part of a wider announcement to make the new technology available to a further 3.2 million premises in the UK’s hardest to reach ‘final third’. i

The build is at the forefront of a massive £12 billion investment, which will see Openreach’s ambition to build ‘Full Fibre’  infrastructure to 20 million premises throughout the UK by the mid-to-late 2020s – delivering significant economic, social and environmental benefits for rural and urban communities, assuming the right regulatory and political fibre enablers are in place.

Robert Thorburn, Openreach’s Partnership Director in the North of England, said: “We’ve already upgraded hundreds of thousands of homes and business across the North West to full fibre. As well as keeping the existing network running throughout the Covid crisis, our engineers have safely and with social distancing in place, continued building the new infrastructure to make sure that as lockdown restrictions ease, our network is there to support families, businesses and the economic recovery.

“I’d encourage everyone to check if they can switch to the new technology, and if you can, get in touch with your broadband provider to find out more about the many benefits. ‘Full fibre’ is more reliable and more resilient meaning fewer faults and more predictable, consistent speeds. It is also ‘future-proof’ to easily meet the growing data demands of future technologies.”

There are clear economic benefits to building full fibre in more rural areas. In a report by the Centre for Economics & Business Research (Cebr) – “Full fibre broadband: A platform for growth” - commissioned by Openreach last year, revealed that connecting everyone in the North West to ‘full fibre’ broadband by 2025 would create a £5.5 billion boost to the region’s economy.

The report also revealed that 54,000 people in the region could be brought back into the workforce through enhanced connectivity. This could include roles within small businesses and entrepreneurs – as well as allowing thousands more people to work remotely., by unlocking smarter ways of working, better public services and greater opportunities for the next-generation of home-grown businesses.

Openreach CEO, Clive Selley, said: “This year we’ve all seen the importance of having a decent broadband connection and at Openreach, we’re convinced that Full Fibre technology can underpin the UK’s economic recovery.

“Right now, we’re building a new, ultra-reliable full-fibre network that will boost productivity, cut commuting and carbon emissions, and connect our families, public services and businesses for decades to come. It’s Ofcom’s proposals that give us the right conditions to build commercially in hardest to reach areas.

“We’re determined to find inventive engineering solutions and effective partnership funding models to reduce costs and enable us to connect as many communities as possible across the UK without public subsidy.

“Openreach is leading the charge to help Government achieve its target of making gigabit capable networks available nationwide by 2025. And we hope that by publishing our own plans, we can help ensure that taxpayers only fund connections in communities that really need public support.”

Openreach has already built Full Fibre technology to over three million premises across the UK – including over a quarter in the final third of the country. More than 120,000 homes and businesses have also signed up to Openreach’s Community Fibre Partnership CFP programme. A CFP enables the company to work with a local community to build a customised co-funded solution and bring fibre broadband to areas not included in any existing private or publicly subsidised upgrade schemes.

The company is publishing an extended list of 251 locations in the final third where it will build the new network over the next three years. ii The data provides more clarity on its plans - giving greater certainty to local authorities, investors and customers - and supports the Government’s strategy to accelerate commercial investments in Full Fibre networks throughout the UK. To view the full list of market towns and villages included in the announcement, please visit - https://www.openreach.com/fibre-broadband/.

People interested in seeing whether they can upgrade their broadband can see what’s available in their area by entering their postcode into our online fibre checker.

i This follows a new consultation from industry regulator Ofcom, published today, where it proposes that such a build commitment from Openreach is sufficient for them to extend the fibre enablers previously set out in their WFTMR ii consultation for Area 2 iii, to Area 3. This will contribute to the right investment conditions for Area 3 being in place. Ofcom has estimated that there are 9.6 million homes and businesses situated in this final third of the country.

Area 3 definition - a geographic market comprising postcode sectors where there is unlikely to be material commercial deployment by rival networks. Definition is taken from para 7.6b on p 84 of WFTMR vol.2.

ii In 2018, Openreach committed with DCMS to publish a forward-looking view of build plans under its Fibre First Cities programme and to keep it updated on a rolling basis. Through 2019 and 2020, Openreach has built on this approach to publish its build plans for both its Fibre First Cities and its market towns and villages programmes up to March 2021. Today we are adding the list of locations reflecting our plans, as at the time of publication, for the first phase of network build in market towns and villages as part of our 3.2m Area 3 commitment. Openreach will update this list on a rolling basis, including to reflect additional locations in later phases of network build or changes to existing plans which may become necessary due to unforeseen operational reasons.

Some of the hardest to reach premises and communities within Area 3 will be reached under existing programmes such as R100 in Scotland, Project Stratum in Northern Ireland, BDUK and other contracts in Wales. Openreach has been stepping up to the challenge and bidding for these contracts in order to support UK-wide deployment of Full Fibre and prevent communities being left behind.