NHS supporter from Daventry recognised as a ‘lockdown hero’ 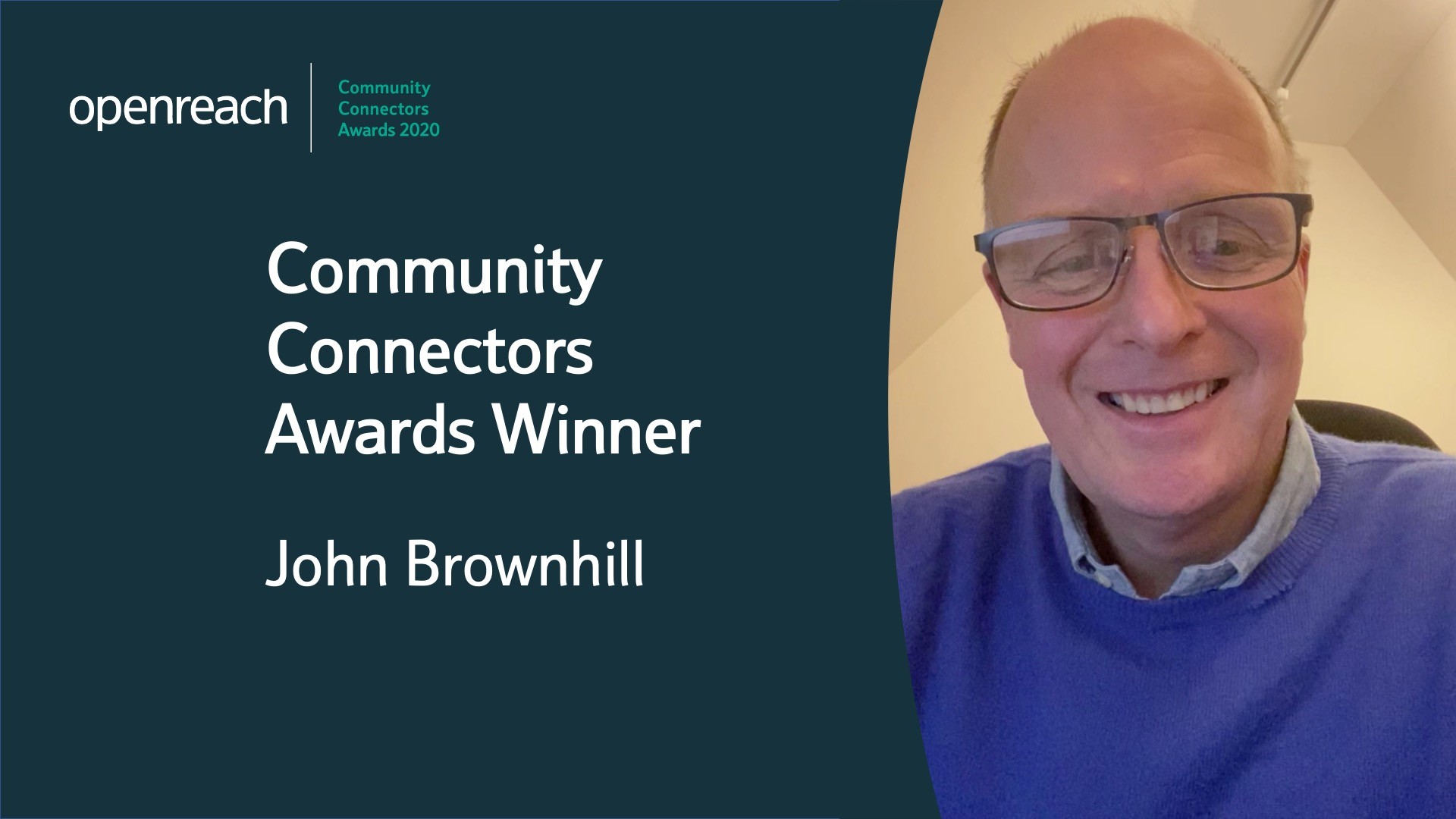 A Daventry volunteer is being presented with a Community Connectors Award by digital network provider Openreach in recognition for his support of the NHS during lockdown.

John Brownhill, from Daventry, put his own job on hold during lockdown to set up and run Food for Heroes to support NHS workers. His efforts and leadership have helped raise £407,000, which has funded 230,000 meals for NHS workers across 30 hospitals.

Openreach launched the Community Connectors Awards in 2020 to recognise individuals and groups for their work supporting local residents and vulnerable neighbours during lockdown. More than 130 nominations from MPs across the UK were judged by the panel including Openreach engineers and former Culture Secretary, Baroness Nicky Morgan of Cotes.

Clive Selley, Chief Executive of Openreach, said: “We were inspired to launch the Community Connectors Awards by the efforts of our engineering team. The stories received from across the country have been inspiring and show how many people are working to make a difference and support their neighbours during lockdown.

“John hasn’t sought recognition, but he is a wonderful example to the local community. I’m delighted and very grateful to be able to thank him for everything he continues to do to support our society.”

John Brownhill said: “On behalf of Food for Heroes, a big thank you to Chris Heaton Harris for nominating me for the Openreach Community Connectors Award. It’s absolutely amazing to think the work we’ve done over the last 12 months has been recognised. We’ve delivered 230,000 meals and continue and continue to deliver thousands of meals each week to foodbanks. So we’re absolutely over the moon with the award and many thanks.”

Chris Heaton-Harris MP, who nominated John for the award, said: “I nominated my constituent John Brownhill for his outstanding work with his charity, Food for Heroes. John put his day job on hold to set up the initiative at the start of the outbreak of Covid in March last year, and following some heart-breaking stories he saw on TV of NHS workers risking their lives of the frontline but not being able to get food. By the end of the first lockdown, Food for Heroes had raised more than £400,000 and delivered 230,000 meals to 43 hospitals across the country.”

As key workers, Openreach engineers have connected numerous field hospitals up and down the UK within days, also performing vital maintenance to keep families and businesses online and in contact during lockdown. Members of the engineering team have also camped out in remote parts of the UK to ensure local connectivity and volunteered in their spare time – performing roles including as delivery drivers for NHS blood supplies.

NHS supporter from Daventry recognised as a ‘lockdown hero’