Summary
Birmingham, Brownhills, Castle Bromwich, Dudley, Hampton-in-Arden, Penn, Sheldon and Wolverhampton are among the locations to benefit from Openreach's largest ever recruitment drive. The 3,500 new engineers across the UK will help deliver ultrafast Fibre to the Premises broadband to three million premises, support evolving mobile networks and improve customer service. 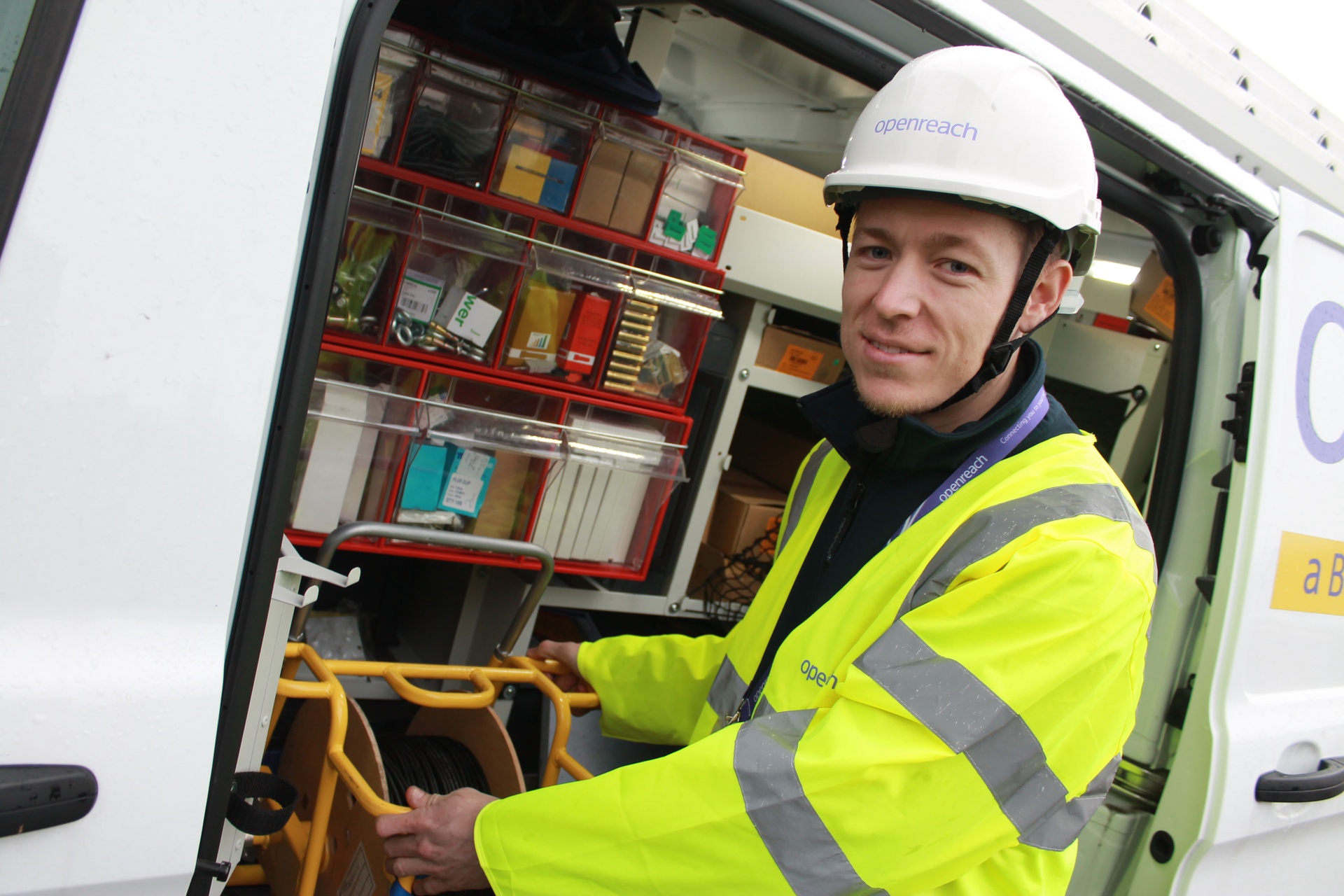 More than 200 trainee engineers will be hired across the West Midlands - of which around 80 will be based in Birmingham and the Black Country - as part of the largest recruitment drive ever undertaken by Openreach.

The 79 roles, part of 3,500 available across the UK during the next 12 months, will be located around Birmingham and the Black Country, including in Birmingham, Brownhills, Castle Bromwich, Dudley, Hampton-in-Arden, Penn, Sheldon, Walsall and Wolverhampton.

Other areas of the West Midlands where further trainee engineers will be recruited include Bromsgrove, Coventry, Kidderminster, Kinver, Stafford and Worcester.

Openreach’s ‘Fibre First’ programme will deliver expanded ‘full fibre’ FTTP networks in up to 40 towns, cities and boroughs, setting it on a trajectory to reach ten million British premises by the mid-2020s. It has committed to making FTTP available in three million British homes and business by the end of 2020 and, if the conditions are right, intends to go significantly further, bringing the benefits of FTTP technology to the majority of homes and businesses in the UK. The roll-out will commence in eight cities: Birmingham, Bristol, Cardiff, Edinburgh, Leeds, Liverpool, London and Manchester.Chancellor of the Exchequer, Philip Hammond said: “It’s great news that Openreach is creating 3,500 new permanent jobs rolling out full fibre broadband. This digital infrastructure will be welcomed by families and business across the country, and these new highly skilled jobs will be a boost to our talented workforce as we build an economy fit for the future.”

“Every day, Openreach engineers are working in all weathers across the length and breadth of Britain, connecting homes and businesses and making sure people can access the high quality broadband services they need. We are already investing in upskilling our engineering team and today’s announcement of new jobs, including 79 in Birmingham and the Black Country, underlines our commitment to make our ‘Fibre First’ programme a reality - future-proofing Britain’s broadband network and supporting emerging mobile technologies like 5G.”

Richard Hall, infrastructure delivery director for Openreach in the West Midlands, said: “This latest recruitment represents a further major investment in the West Midlands. It’s very exciting news for our region. We’re looking forward to men and women from all walks of life applying for these roles at Openreach as we’re keen to engage with the aspiring engineers of tomorrow and to build a diverse workforce that reflects the hugely diverse communities we serve.

“We’re committed to helping people realise their potential so we’re also delighted to be offering work experience placements, under the Movement to Work programme, to 18-24 year olds who are currently not in education, employment or training. West Midlands courses are often held in places like Birmingham, Coventry, Sandwell, Stoke-on-Trent and Walsall. Further details are available at www.movementtowork.com”