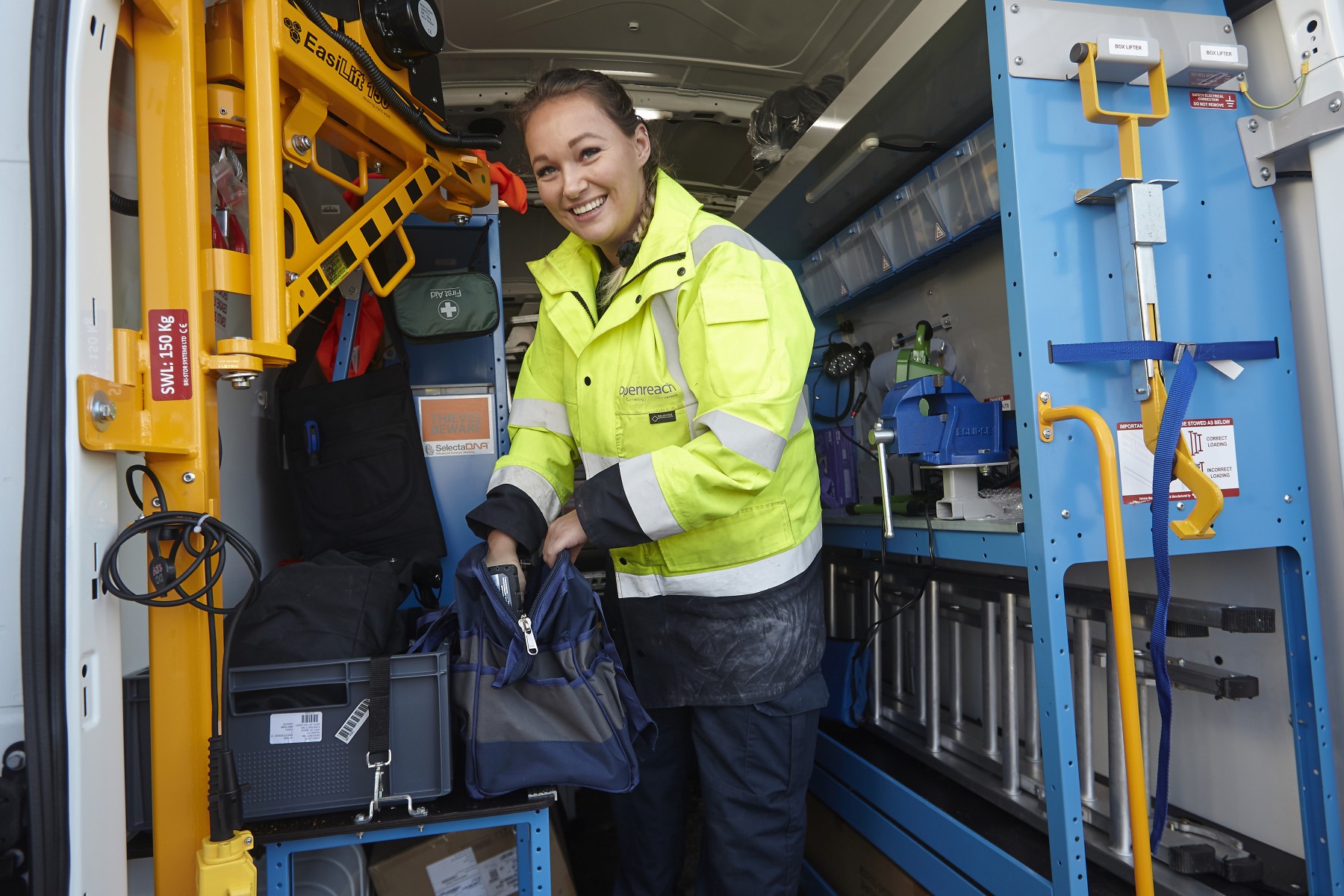 London, UK. 13th January 2021: Openreach has put its use of language under the microscope in a new study analysing the impact of latent bias in job adverts. The company hopes its new linguistic approach will help it meet a commitment to recruit a minimum of 20% females into new roles this year – more than ten times historic levels.

Research into the language barriers that impact female job applicants has shown that it plays a fundamental role in the recruitment process, with women 50% less likely to consider roles that have a coded gender bias. But when presented with a gender-inclusive advert as part of the study, women’s interest in the role increased by more than 200%, with 60% stating this was because of the way it was written.

As part of the research, Openreach – the UK's digital network business and a leading national employer of engineers - has taken a detailed look at the language it used across its recruitment channels, working with linguistic specialists Linguistic Landscapes and gender bias expert Dr Chris Begeny from Exeter University. The team created a new, consciously unbiased, job description for the company’s entry level engineering role – with the language of the new advert carefully crafted to appeal to men and women equally, whilst actively combating some of the challenges females face in the pre-application phase.

The study uncovered three key areas for improvement including:

Whilst the shifts in the job specs were subtle, the results were overwhelming, painting a clear picture of the simple role that language can play in bringing more women into engineering, but with implications wide ranging across many industries.

In order to help understand and explore the impact of the language shift, the new wording was tested against the original advert with 2000 women of working age in the UK. The findings show that a third of women (31%) felt the original advert was more suited to a man than a woman, compared with just 13% of women for the new advert.

Despite four in five (80%) women admitting they wouldn’t consider working in engineering, more than half (56%) were interested in the engineering job role once it had been reimagined and the word ‘engineer’ had been removed. This was supported by the latent stereotyping identified for similar industries, with a quarter (24%) of women still feeling that certain roles are better suited to men.

Dr Chris Begeny, Research Fellow in Gender and Organisational Psychology at the University of Exeter comments: “The findings are extremely exciting as they demonstrated such a clear discrepancy between the two adverts and suggest that the latent barriers to application remain, illustrating how gender-inclusive ads could be vital to bringing more women into a range of sectors similarly viewed.

All too often the rhetoric around issues of underrepresentation and improving women’s experiences in male-dominated sectors emphasises the idea that women need to “lean in” and overcome their own “internal barriers” – overcoming that lack of confidence or lack of perceived fit for a position that might lead women to pass up on an opportunity to pursue a particular job. Yet these “fix yourself” strategies, often espoused as a method of empowerment, can perpetuate victim blaming. They reinforce the belief that the “problem” exists squarely within the individual – a problem of “internal barriers” – and so it is the individual’s responsibility to “fix” themselves.

This of course misses the fact that women’s “internal barriers” often exist because of external barriers – exposure to subtly biased language, stereotypes, and discriminatory treatment that lead women and other marginalised group members to question their suitability for a job and thus their tendency to pursue that opportunity.”

The research also shows that three quarters of respondents (75%) felt they needed to fit the skills profile of a job specification by 70% or more, and half (51%) by 80% or more, before applying for any job.

Dr Begeny continues: ‘It is telling that the most common barrier to applying for a job, in general, was the belief that they didn’t have the right skillset. Women were far more likely to recognise that they had the relevant skills to pursue this job when it was described using gender-inclusive language – again illustrating how subtle shifts in language can drastically change perceptions of women’s fit and suitability for traditionally male-dominated roles.’

Openreach HR Director Kevin Brady adds: “Whether it's overt discrimination or a more subtle forms of bias, male-dominated industries like engineering have traditionally been challenging for women. Our engineers aren’t defined by their gender, they’re defined by what they do, and this research is incredibly important in helping us to develop ways here at Openreach to redress the balance.

We were amazed to see just how much of a difference language makes and have started the process of assessing and changing all relevant language to help overcome the challenges of diversity recruitment. We hope that this will be the catalyst for helping to break down barriers stopping women from considering a role in engineering.”

Rt Hon Caroline Nokes, MP for Romsey and Southampton North, and Chair of the Women and Equalities Select Committee said: “This is a very welcome move by Openreach to help break down gender stereotyping. There has been a battle for decades on how to encourage women into engineering roles. This study takes a big step towards removing barriers which would stop women even considering themselves for roles they are perfectly capable of doing. I look forward to hearing how the recruitment process goes.”

Hilary Levers, CEO of Engineering UK comments: “Engineering is a varied, stimulating and valuable career and it’s really important that we present it in ways that makes it accessible and attractive to as diverse and insightful a workforce as possible. The findings of Openreach’s research will help them do that. Their commitment to review, learn from and improve their own practices in this area is also highly commendable and something I’d encourage everyone working to inspire young people into engineering to do.”

Openreach has historically found appealing to female applicants challenging with stereotypes and intrinsic bias playing a large role in women’s reluctance to even consider applying. Committed to impactfully moving the dial and opening-up the field to female applicants, the research comes as part of a wider initiative within the business punctuated by the launch of new employment metrics and the ATL recruitment campaign ‘Watch Me’.

Traditionally Openreach has fared extremely well with candidates from a diverse range of backgrounds, particularly the hospitality and leisure industries with female recruits going on to excel. With over half of women asked (55%) considering the possibility of a new career as a result of the pandemic there has never been a more important time to tear down barriers to recruitment and open-up previously closed sectors.