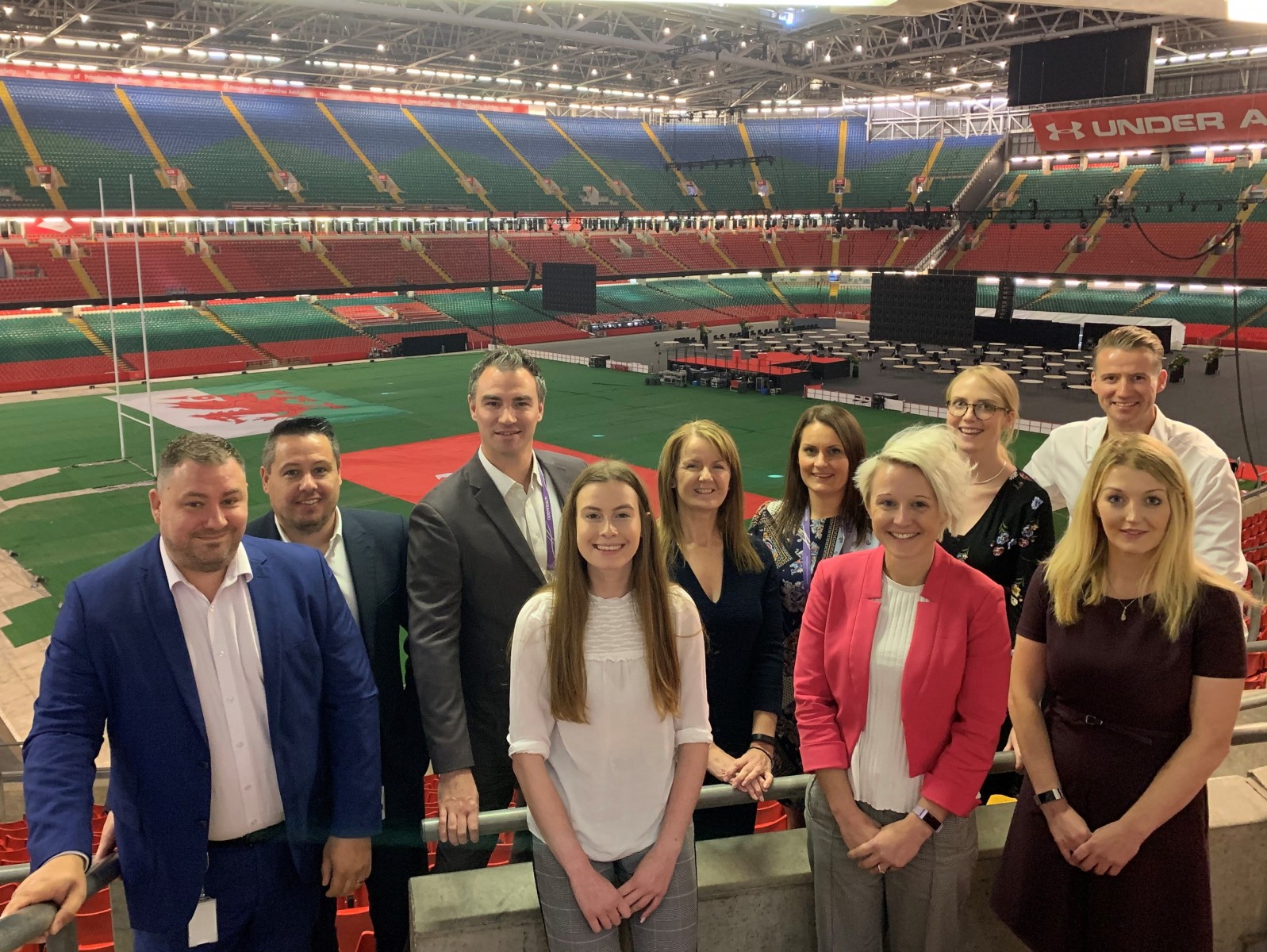 Openreach Cymru Wales Board
First meeting of Board held at Principlaity Stadium, Cardiff

New Board established to future-proof fibre broadband in Wales

To underline its commitment to Wales and greater independence from BT Group, Openreach has established a new Board for Wales.

The Openreach Cymru Wales Board, whose members represent the teams of engineers and support staff working across Wales, will provide guidance and direction to the organisation throughout the nation.

The Board recently convened in Cardiff at the Principality Stadium to hold its very first meeting under the leadership of Kim Mears, Openreach’s Managing Director for Infrastructure Development.

Kim Mears said: “There’s a great deal of work going on in Wales to extend fibre broadband even further across the country and to future proof the network for generations to come.

“The decision to establish an Openreach Cymru Wales Board reflects the investments we’re making across the nation and the importance we place on getting this right for our customers in Wales.

“We recently established a similar Board for Scotland and it’s working well for us. I’m both honoured and delighted to be chairing the Openreach Cymru Wales Board.”

Across Wales nearly 95 per cent of homes and businesses can access superfast broadband today. That’s better broadband coverage than France, Germany or Italy.

The company recently announced that it’s ramping up its ‘Fibre First’ roll-out to bring faster, more reliable broadband services to four million UK premises by 2021, and, with the right conditions, to go significantly beyond.

‘Fibre first’ which will see fibre being run direct from the exchange to people’s homes and businesses will future proof Wales’ digital infrastructure for generations, bringing with it unrivalled broadband speeds and reliability. Cardiff, Swansea and Barry have all been announced in the first tranche of ‘Fibre First’ locations while more are expected to be announced across Wales shortly.

To enable this nationwide expansion - and further improve the network - Openreach has also undergone a major recruitment drive that has seen nearly 450 new engineers join the organisation throughout Wales over the last two years.

Openreach’s Fibre-to-the-Cabinet footprint, at speeds of up to 80Mbps, currently passes more than 1.3 million homes and business premises in Wales, whilst take-up of superfast services across all networks stands at around 53per cent.

New Board established to future-proof fibre broadband in Wales