New £400,000 fund is transforming the way remote Staffordshire communities communicate and do business

From rural lanes to information superhighway - Cotwalton, near Stone, is the first county village to get the latest ultrafast broadband technology through a new co-funding scheme led by Staffordshire County Council and Openreach as part of Superfast Staffordshire, which is part of the Government's Broadband Delivery UK programme. 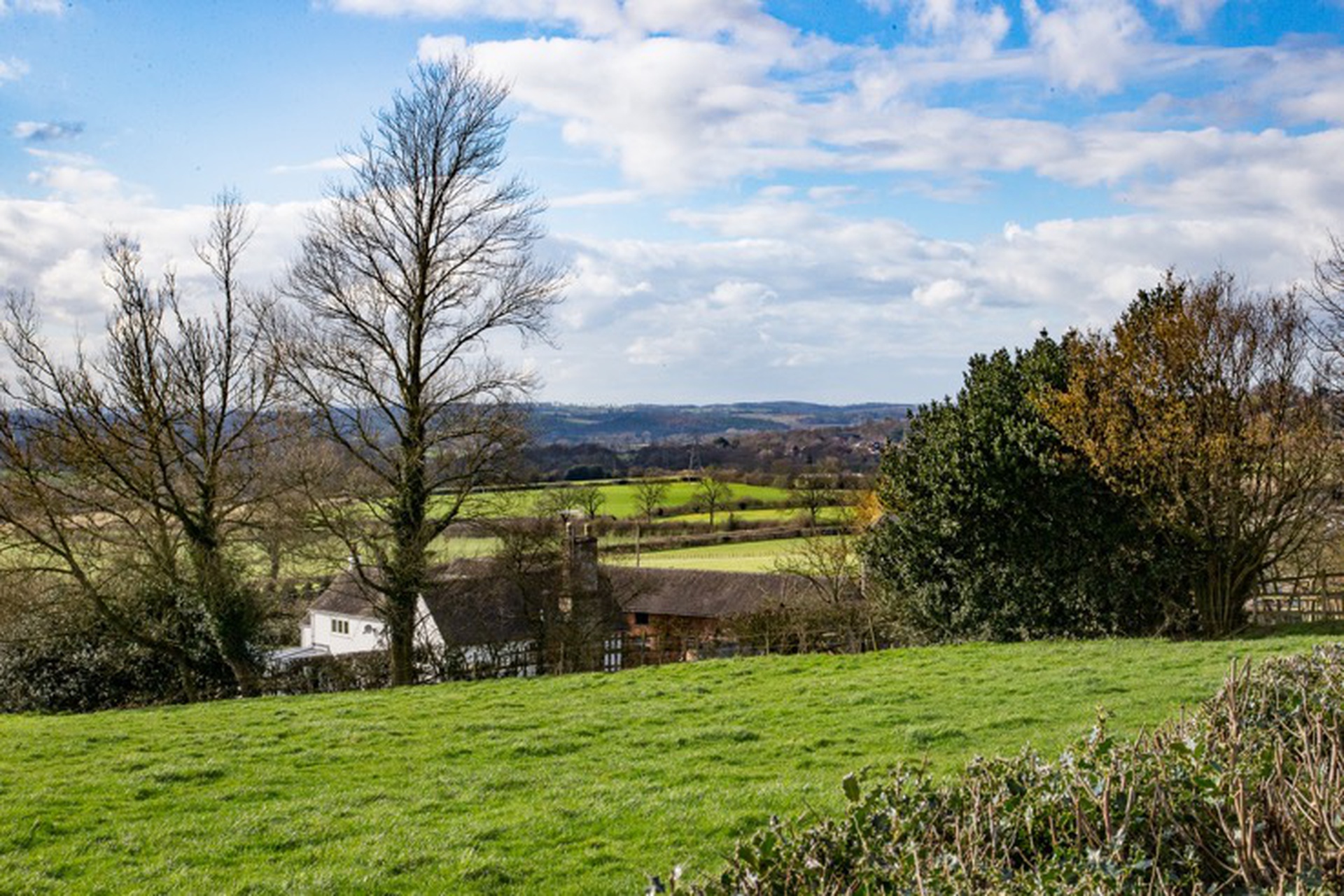 Connection to some of the fastest fibre broadband in the UK for a rural Staffordshire community - through one of the first schemes of its kind nationally - has transformed day-to-day living and business operations.

A dozen households and businesses in one of Staffordshire’s smallest communities are now enjoying some of the fastest broadband speeds in the UK thanks to an innovative new co-funding project.

Villagers in Cotwalton, near Stone, have seen their broadband download speeds increase – from around 3Mpbs to more than 300Mbps - after becoming the first premises to benefit from the county council’s Community Fibre Partnership Support Fund (CFPSF).

The scheme is thought to be the first local authority-led initiative of its kind.

It gives participating properties access to ultrafast broadband, which is transforming their day-to-day living and the way they do business.

Connecting with customers more easily, an ability to speak to family in Australia and backing up thousands of photos online are just some of the things people can now do in Cotwalton, thanks to the Support Fund.

It was launched by Superfast Staffordshire – the partnership led by Staffordshire County Council and BT Group – earlier this year.

Staffordshire County Council devised the CFPSF as part of its drive to reach the final four per cent of county premises not currently part of any public or private sector fibre broadband upgrade plans.

The Superfast Staffordshire partnership – which is part of the Government’s Broadband Delivery UK (BDUK) programme – set aside £400,000 for co-funding projects through the fund.

As part of the scheme, any money raised by households and businesses in an eligible community can be matched.

Additional funding towards the extensive engineering work will come from Openreach, the business responsible for Britain’s largest telephone and broadband network through its Community Fibre Partnership programme, which is already working with hundreds of communities across the country.

Cotwalton resident Brian Scott brought the community together to lead the scheme. He said people thought they’d be stuck in the Dark Ages if they didn’t act.

“Cotwalton is in the middle of nowhere – we are a tiny village and would never be economically viable for connection through the normal programme,” he said.

“We heard about the community fibre partnership, which is a way of communities like ourselves can get some funding, together with our own funding and get our own project off the ground.

“But what was special about this is that Staffordshire County Council also contributed to the project so that reduced the costs to the residents even further. I’d definitely recommend that any villages which would not be included in the normal superfast Staffordshire roll-out to get in touch with the county council.

“It’s such an easy process. It literally is just a phone call and the guys there will do all the work for you and you can get your own project up and running.”

Wendy Lewis runs a building company with her husband from home. She said: “From a business perspective we quite often send and receive quite large documents. We can now receive those and action them in a timely manner.

“We can send estimates out to customers with supporting documentation and we can respond to customers’ requests for further information in far greater detail than we could before. Sending photographs and documents before was always a real chore and quite often our service dropped out before those documents were sent. Now we look more professional.”

Retired Cotwalton resident John Clowes said: “We now have the ability to contact our daughter who lives in Melbourne, Australia. We Skype her most Sunday mornings and we can see my granddaughter and son in law in the flesh and talk for around an hour – just like a family gathering.”

Premises connected through the scheme will be able to access some of the fastest broadband speeds in the country when the extensive upgrade work is completed within the next 12 months*.

Engineers from Openreach are installing Fibre to the Premises (FTTP) technology, which is capable of delivering Ultrafast download speeds up to 1 Gigabit and upload speeds of up to 220Mbps.

Steve Haines, Openreach’s managing director of next generation access, said: “Partnerships like these help us to bring high-speed connections to challenging areas that the private sector would have difficulty reaching alone.

“This innovative approach in Staffordshire is giving an important new dimension to our own Community Fibre Partnership programme, which is already helping hundreds of similar projects across the UK. As a result, more households and businesses will be able to access faster broadband speeds at highly competitive prices from a wide choice of internet service providers.”

So far Superfast Staffordshire has enabled around 74,000 households and businesses to connect to superfast broadband speeds. The figure rises to more than 477,000**when combined with commercial fibre roll-outs by private sector companies, such as Openreach.

The following video interviews are available:

All Openreach news releases can be accessed on our web site.

Superfast Staffordshire is a partnership between Staffordshire County Council, the Government’s Broadband Delivery UK programme (BDUK) and BT Group. It builds on the commercial roll-outs in the county.

The first phase of the Superfast Staffordshire programme represents an investment of more than £27 million (£7.44 million from Staffordshire County Council, £7.44m from BDUK and £12.47m from BT.)

In the second phase of the programme - known as the Superfast Extension Programme - a total of £10.18m will be spent to deliver superfast fibre broadband to around 12,700 more county premises (£2.7m from unallocated funding combined with cost efficiency savings during contract 1, £2.18m from the Department for Culture, Media and Sport’s Superfast Extension Programme, £2.8m from BT Group together with an extra £2.4m also from BT Group following higher than expected take-up of fibre broadband). This will take the percentage of county premises able to access superfast fibre broadband by the end of 2018 to 96 per cent.

For those premises not included in the fibre footprint, Superfast Staffordshire is aiming to improve broadband speeds using alternative technologies and community fibre co-funding partnerships.

We work on behalf of more than 590 communications providers like SKY, TalkTalk, Vodafone, and BT, and our fibre broadband network is the biggest in the UK, passing more 27 million premises. We’re also the platform for Britain’s thriving digital economy, which is the largest in the G20.

We’re working hard to give people the speeds they need to run and enjoy their daily lives. Over the last decade, we’ve invested more than £11 billion into our network and we now manage more than 160 million kilometres of cable stretching from Scotland to Cornwall, from Wales to the east coast. And we’re continuing to take that network further - making superfast broadband speeds available to thousands more homes and businesses every week.

BT’s purpose is to use the power of communications to make a better world. It is one of the world’s leading providers of communications services and solutions, serving customers in 180 countries. Its principal activities include the provision of networked IT services globally; local, national and international telecommunications services to its customers for use at home, at work and on the move; broadband, TV and internet products and services; and converged fixed-mobile products and services. BT consists of six customer-facing lines of business: Consumer, EE, Business and Public Sector, Global Services, Wholesale and Ventures, and Openreach.

British Telecommunications plc (BT) is a wholly-owned subsidiary of BT Group plc and encompasses virtually all businesses and assets of the BT Group. BT Group plc is listed on stock exchanges in London and New York.

New £400,000 fund is transforming the way remote Staffordshire communities communicate and do business