Major new investment by Superfast Worcestershire will bring superfast broadband to thousands more homes and businesses. The latest development has been welcomed by Government Minister for Digital, Matt Hancock. Meanwhile, the owners of a Worcestershire gym, which recently upgraded, explain how they're using optical fibres to help build muscle fibres! 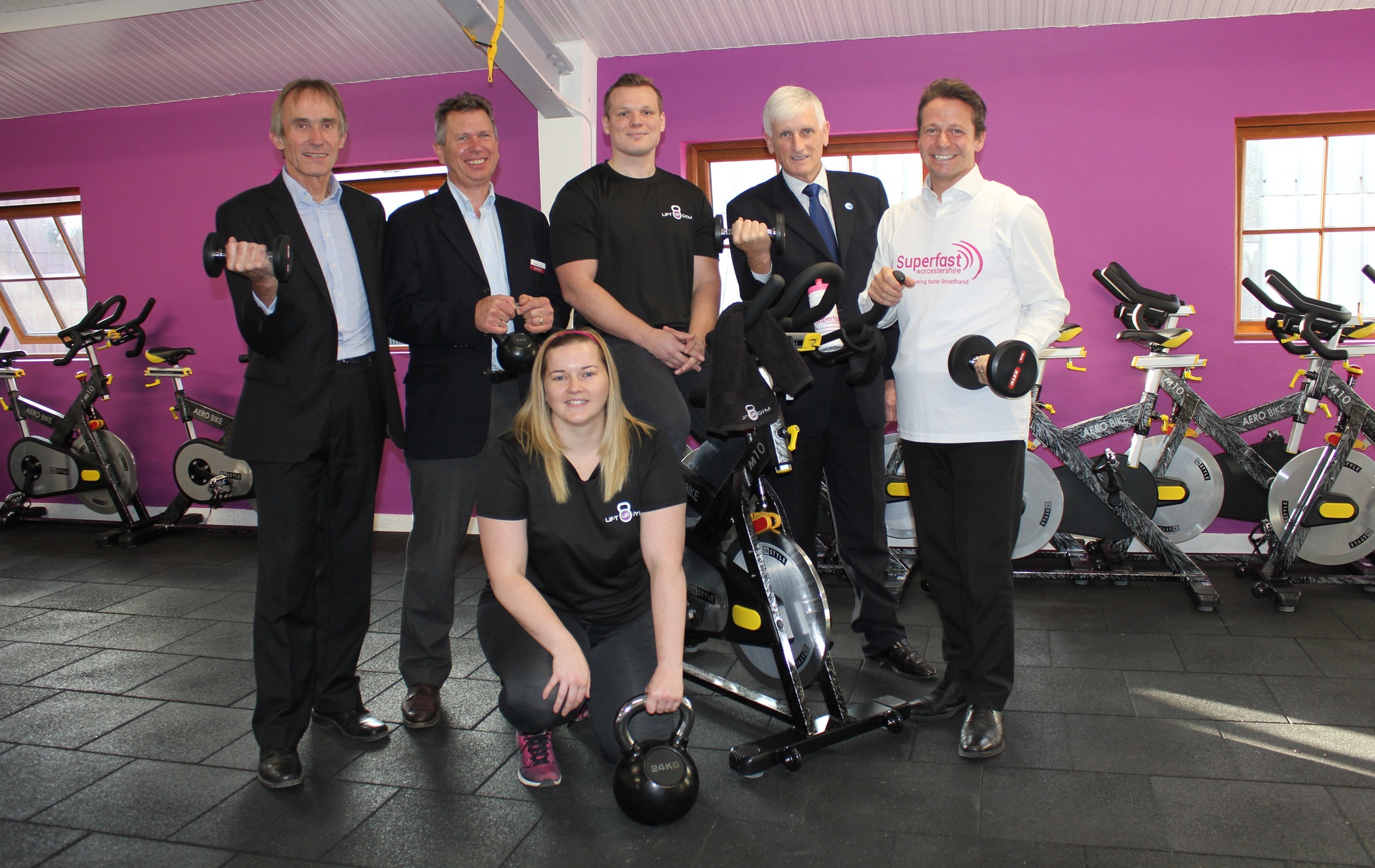 Superfast Worcestershire today announced a multi-million pound new investment which will help make the county ‘superfit’ for the 21st century.

A £6.2 million expansion is expected to extend the superfast broadband roll-out to more than 5,300 further Worcestershire households and businesses.

Worcestershire County Council has signed a new contract with co-funding partner BT Group, which extends the Superfast Worcestershire programme into a third phase, to reach some of the county’s more remote communities.

When work is complete, more than 96 per cent of Worcestershire homes and businesses will be able to access superfast broadband.

Superfast Worcestershire is part of the Government’s Broadband Delivery UK (BDUK) programme. The latest phase of the roll-out includes around £1 million funding from the European Regional Development Fund (ERDF), £3.7 million from BT Group and £1.5 million from BDUK.

Minister for Digital, Matt Hancock, said: “As part of the Government's nationwide roll-out of superfast broadband, Superfast Worcestershire has already reached more than 50,000 local homes and businesses who would otherwise have missed out. But there's still more to do and it's great to hear that another 5,300 premises will now be able to enjoy all the benefits of a superfast broadband connection."

Lift UP Gym at Blackminster Business Park, near Evesham, provided a fitting location for the weighty announcement. The gym, which was opened recently by Harriet Bain and Richard Stovell, is already benefitting from superfast fibre as a result of the Superfast Worcestershire programme.

Richard said: "Being connected to the community is crucial when your business is based in a rural location. One of the reasons we chose Blackminster Business Park for Lift UP Gym, aside from our rural community focus, was wi-fi availability. We offer our members and class instructors free wi-fi – something people increasingly expect when out and about. Having a fibre connection is helping to grow our customer base and allows us to market our new gym and exercise classes online easily and efficiently. It's good news that now even more people will be able to access fibre broadband."

Mid-Worcestershire MP, Nigel Huddleston, welcomed the development. He said: “I am delighted that Phase 3 of the Superfast Worcestershire Broadband roll-out has been announced. It is hard to overstate how critical gaining access to superfast broadband is for Worcestershire residents and I know just how frustrating it has been for the constituents who have not yet been reached by the programme. The full roll-out cannot come soon enough for my constituents and the commencement of this new phase is a significant sign of progress.”

Engineers from Openreach, the business responsible for Britain’s largest phone and broadband network, will begin work on the new phase in early 2018 and upgrades are due to be completed in 2019. It builds on the two earlier stages of the programme.

The roll-out will focus on increasing speeds to local businesses, in line with Worcestershire County Council's commitment to being 'Open for Business'. Around 90 per cent of structures completed in the third phase will be FTTP.

Councillor Ken Pollock, Worcestershire County Council Cabinet Member Responsible for Economy and Infrastructure said: "The County Council's continued commitment to improve the level of broadband coverage in Worcestershire shows that we recognise access to high-speed broadband is crucial for residents and businesses alike. These new contracts prove that we are determined to be one of the best connected counties in the UK, and I'm delighted that our programme is going further."

Steve Henderson, Openreach’s Regional Director for Broadband Partnerships, said: “This major investment is a vital new chapter in the story which began nearly three and a half years ago when the partnership began connecting its first premises. It will help make the county superfit for the 21st century.

“Superfast Worcestershire is already a huge success and now we’re set to go even further as it reaches into some of the region’s most remote areas. The roll-out of high-speed broadband across the county has transformed the way people get online, communicate and do business, with more than 263,000 county premises now able to access superfast fibre broadband thanks to the Superfast Worcestershire partnership and private sector roll-outs by network companies like Openreach.”

In addition to the expansion announced today, Worcestershire County Council has committed to take coverage further still by seeking further funding and investing any underspend or other funds arising from earlier contracts . More details on these projects will be announced in coming months.

A full list of frequently asked questions can be found at www.superfastworcestershire.com.

A further contract to extend the programme was signed in March 2015 to increase the percentage of homes and businesses able to access fibre-based broadband in Worcestershire to more than 95 per cent when the private sector’s commercial roll-out of the technology is included. The total amount of funding available for the extension to the programme is £6.2 million, comprising £2.39 million grant funding each from the Broadband Delivery UK (BDUK) fund and the Worcestershire Local Enterprise Partnership through the Government's Growth Deal, and £1.42 million from BT Group to make a total of £6.2 million.

This next phase – Contract 3 - will increase the percentage of homes and businesses able to access superfast broadband in Worcestershire to more than 96 per cent when the private sector's commercial roll-out of the technology is included.Superfast broadband is defined as speeds over 24Mbps, The total amount of funding available for Phase 3 is £6.2 million, comprising grant funding from the Government's Broadband Delivery UK programme of £1.5 million, £1 million from the Department for Communities and Local Government European Regional Development Fund and £3.7 million from BT Group to make a total of £6.2 million.

Superfast Britain is a Government programme of investment in broadband and communication infrastructure across the UK. Run by the Department for Culture, Media and Sport, this investment helps businesses to grow, creates jobs and will make Britain more competitive in the global race.

The portfolio is comprised of three elements: