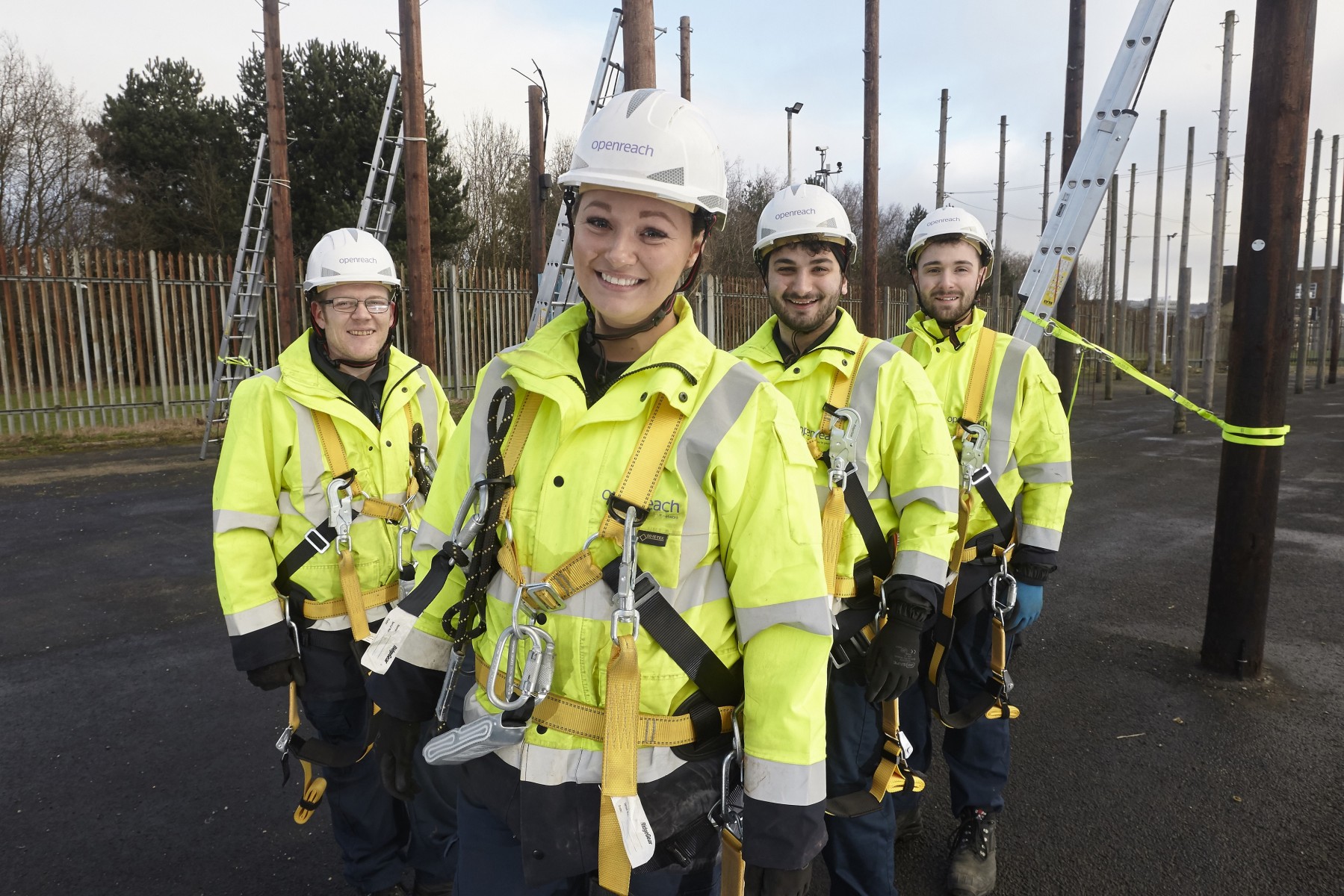 Openreach, the UK’s largest broadband infrastructure provider, is joining forces with Ladder for Greater Birmingham with the aim of supporting and promoting apprenticeships across the region.

The local campaign, launched in 2018, aims to create thousands of new apprenticeships across Birmingham and Solihull. It supports employers and training providers to improve skills and employment opportunities.

Openreach, which already employs more than 3,200 people across the region, recently announced record recruitment with 300 more engineers – including 230 apprentices - set to join this year. More than 650 of the team are also based at the new Snowhill offices.

This record recruitment is largely in support of a huge fibre build, that’s already made full fibre available to more than 600,000 homes and businesses. Just this month, a £21 million investment was announced to extend this network to a further 70,000 premises, mainly in the borough of Dudley.

Mark Comerford, Openreach’s HR Resources Manager, said: “We’re delighted to be joining Ladder for Greater Birmingham and have enjoyed our initial discussions with the team. Openreach plays a significant role in every community across Birmingham and the West Midlands, both in terms of building fibre and employing thousands of people locally.

“Joining Ladder for Greater Birmingham will enable us to work more closely with other businesses and organisations across the city, sharing experience and expertise around apprenticeships. It’ll also be a good opportunity to explain a bit more about what we do and how our network has an important role to play.”

Openreach employs the UK’s largest team of telecoms engineers and professionals, and has committed to building a more diverse and inclusive workforce in an industry that’s traditionally been very white, male dominated.

Last year, the company attracted more women than ever into trainee engineering roles – more than double the previous year. The boost was thanks partly to employing language experts to transform its job adverts and descriptions, making them gender neutral. This has led to nearly 20 per cent of new recruits in the region were female last year, a huge jump compared to previous years.

“Although the Ladder initiative is for all size Employers, it’s always fantastic when large well-known employers become partners, as well-known brands such as BT Openreach attracts interest from stakeholders and individuals allowing us to showcase the many opportunities available through apprenticeships. The fact Openreach also are committed to employing a diverse and inclusive workforce is another reason to champion their apprenticeship opportunities through the ladder.”

Openreach apprenticeships offer a very competitive starting salary and long-term career prospects, but candidates don’t need any formal qualifications to apply. All they need is a driving license, a strong work ethic, great customer service skills and an enthusiasm to work outdoors – Openreach provides all the equipment and training required.

Recent research by the Centre for Economics and Business Research (CEBR) estimates that connecting everyone in the West Midlands to full fibre would create a £4.5billion boost to the local economy.

Openreach is used by customers from a wide range of companies including BT, Sky, TalkTalk, Vodafone and Zen. It’s investing billions of pounds to reach 25 million premises by the end of December 2026.