How recent storms have affected our network 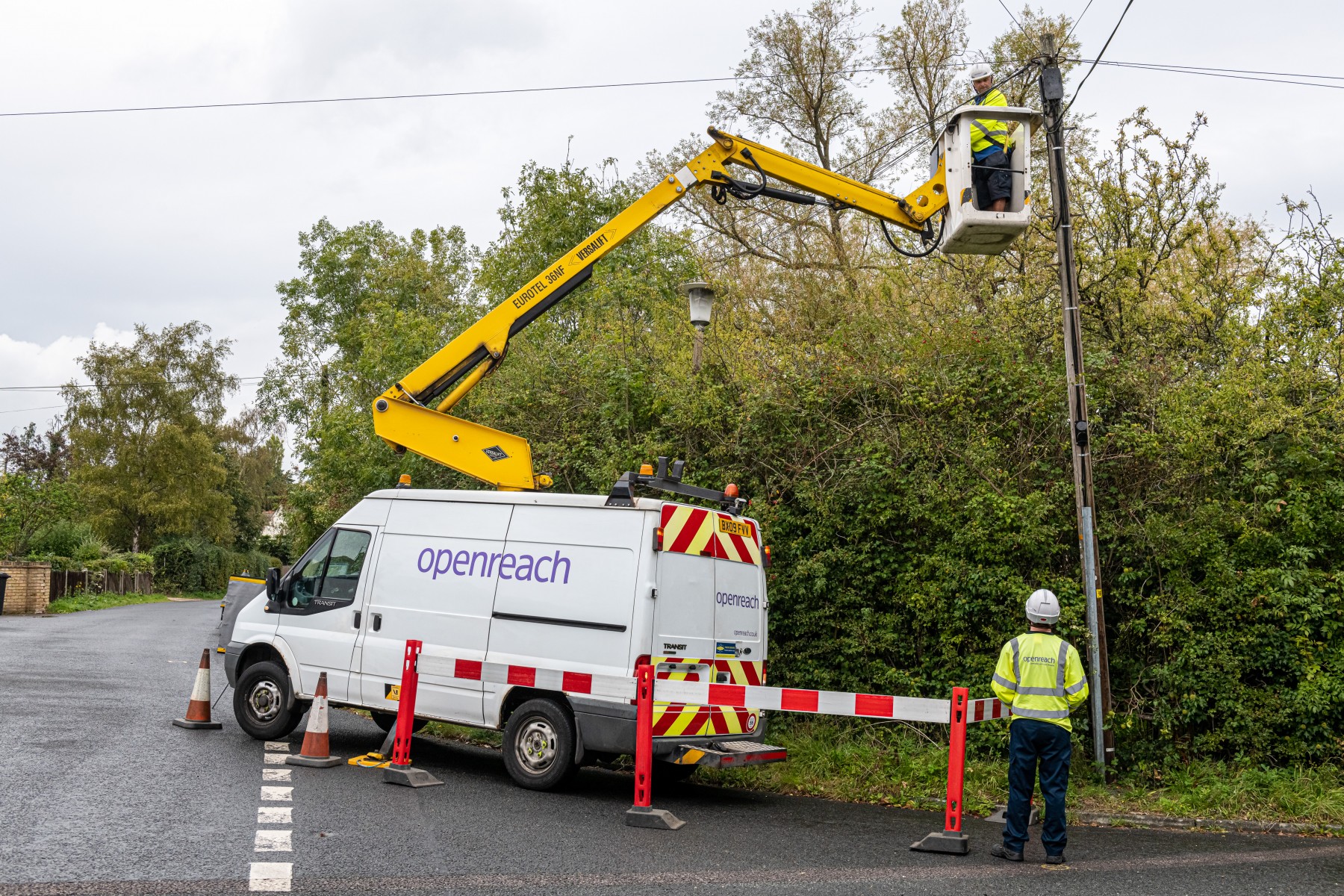 ...and what we’ve been doing about it

In the space of just six days during February, the UK experienced three named storms. And to put that in perspective, there were just five such storms during the whole of 2021.

Each storm brought damage and disruption to our network with severe gales and heavy, sustained periods of rain impacting our cables, poles and equipment – especially the network that provides phone and broadband services across South Wales, the South of England and parts of East Anglia.

Our engineers are still busy repairing the damage, and although the vast majority of services have been restored, we’re still working around the clock to finish the remaining and most complicated repairs.

Here’s a snapshot of how the storms affected our network, and what we’ve been doing:

1)    We prepared more than ever before
Of course we knew these storms were coming, so we did everything to make sure we were ready. We moved specialist repair equipment closer to the areas which were forecast to be worst hit, and we had teams of engineers on standby to be deployed to them. We also prepared our desk-based customer service teams to track and address the damage so we could coordinate and prioritise repairs.

2)    We put safety first
Nothing’s more important than keeping our people and the public safe – so we take red weather warnings very seriously. For the first time in recent memory, we asked our engineers to remain indoors while the warnings were in place - and when we saw a tree had crashed through one of our cabinets in Southampton (see below), we knew it was the right decision. Somebody could easily have been working in that exact spot. 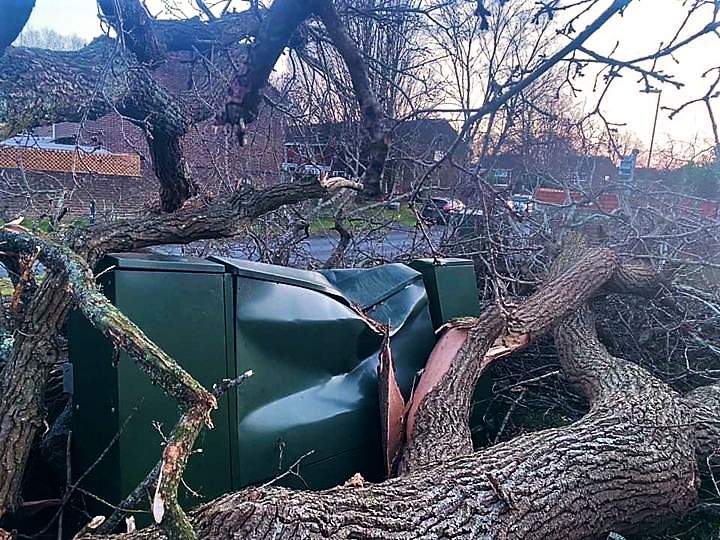 3)    Power cuts
As you’d expect, much of our infrastructure relies on mains power so, in the days after the storm, some of our equipment couldn’t function. Fortunately, we do have backup systems which swung into action and kept things ticking over as power companies carried out their repairs. And, as power was gradually restored, most homes and businesses were able to start using their broadband connections again immediately.

4)    Behind the scenes
Openreach has well-established systems to deal with damage to our network, but even the best laid plans can struggle in an unprecedented event like this. For several days after Storm Eunice, our engineers reported and received ten times more than damage incidents than usual. At one point, we recorded 7,000 damage reports in just 24 hours.

To deal with the backlog, we brought in dozens of extra team members to help process the information and we managed to keep waiting times under two minutes for people trying to contact us.

5)    650+ poles need replacing
Openreach has more than four million poles around the UK, some of them 15 metres high. They’re incredibly robust and tested regularly, but inevitably some of them succumbed to the high winds and falling trees - particularly during Storm Eunice.

More than 650 of our poles were badly damaged and need replacing and we’ve been working our way through them. This is some of the most time-consuming repair work we do, as it needs specialist equipment to lift and place the pole, and often we need to gain permission to use safety measures like road closures or temporary traffic lights – which are vital. In some places we’ve had to replace as many as five poles in a row, so it can be very time consuming. 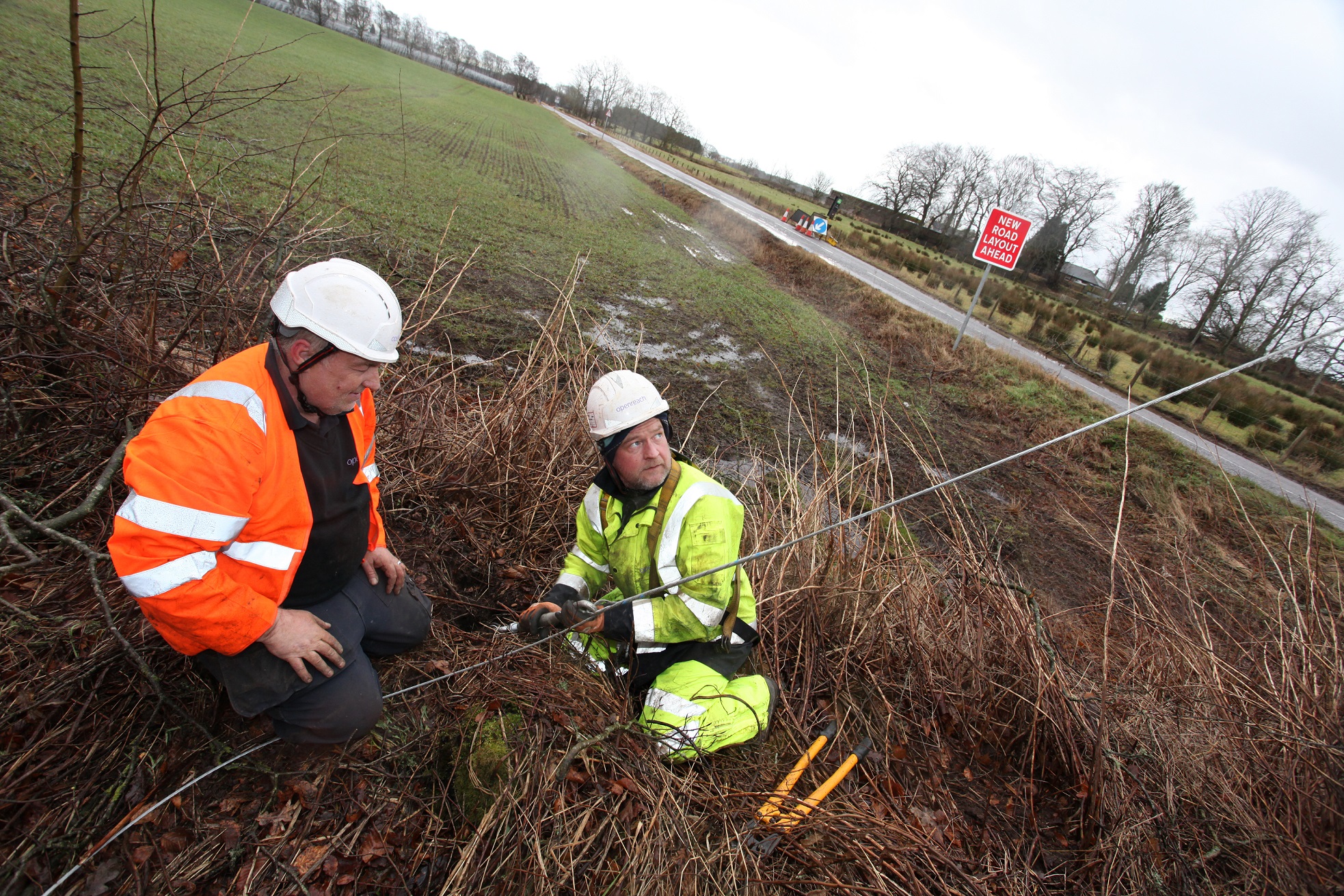 6)    Starting fixes ASAP
As soon as the red weather warnings were removed and it was deemed safe to do so, our engineers were repairing the damage. And they’ve not stopped since. We’ve got thousands of engineers working around the clock, and we’ve brought in extra resource from less-damaged parts of the country. We’re also using equipment that’s normally reserved for training to help us clear the backlog.

7)    Preparing for flooding
As the high winds subsided, the threat of flooding emerged. Water doesn’t react well with broadband equipment, so we work hard to minimise the risk of them ever meeting. For a start we sealed up dozens of our roadside cabinets and at one point we deployed our Emergency Response Team to Shrewsbury when it looked as though the local exchange was at risk of flooding. The team were prepared with pumps and flood barriers - and thankfully no water entered the building. 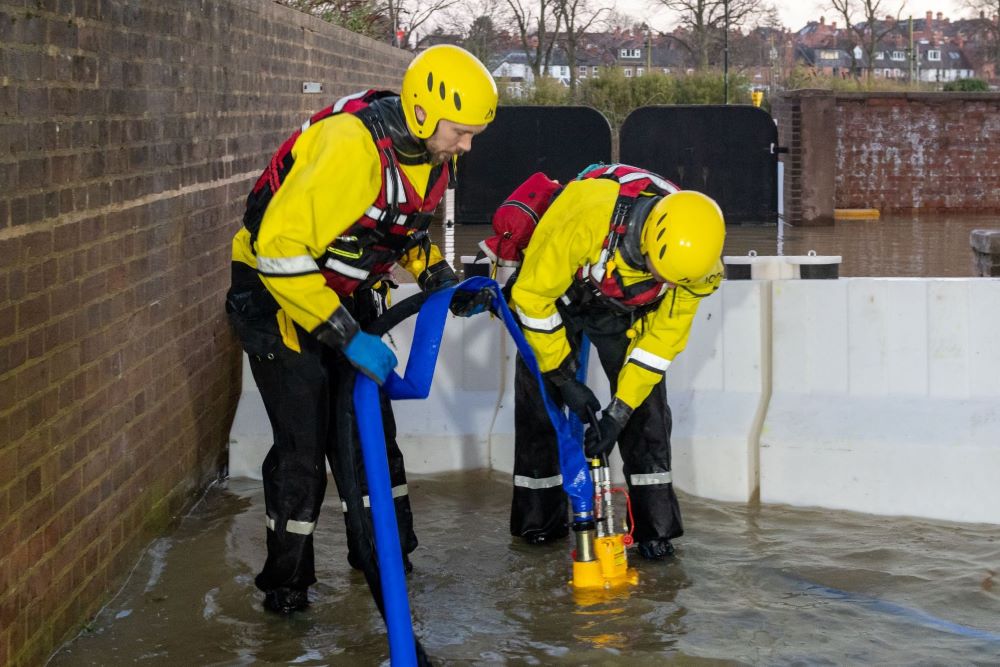 8)    We’re not stopping
We understand how frustrating it is to be without a broadband connection. It’s crucial to so many aspects of our daily lives and we’re working hard to reconnect people, but there’s still more work to do.

The worst hit areas were South Wales, Devon and Cornwall, Hampshire, parts of the South-East including Hampshire, Kent, Sussex and Surrey, as well as Somerset. This is where the bulk of our repairs are focussed, and we’re reconnecting everyone as quickly as we can but some of this work is very complex. For example, just replacing a pole requires us to use specialist equipment like a pole hoist, specially trained engineers and often traffic management, which needs permissions.

We’re continuing to keep service providers (the company you pay your broadband bill to) informed so they’re aware of how our repairs are going and where disruption’s still ongoing.

How recent storms have affected our network