Full-steam ahead as Cardiff gets ready for ultrafast boost

Summary
Work to roll-out ultrafast broadband* in Cardiff is well underway – with tens of thousands of homes and businesses in the final stages of being connected - Openreach’s managing director, Kim Mears, announced during a visit to the city today. 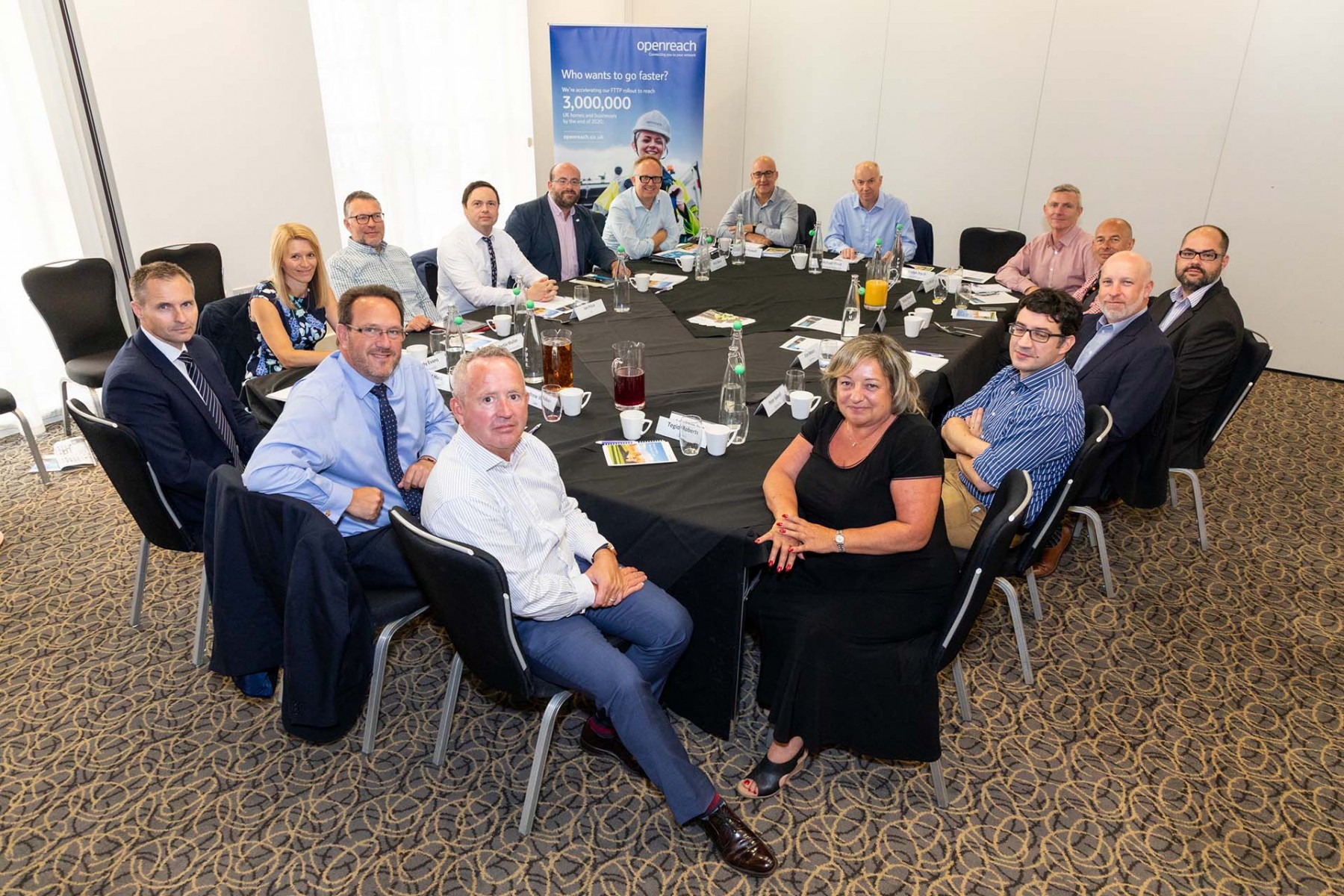 Work to roll-out ultrafast broadband* in Cardiff is well underway – with tens of thousands of homes and businesses in the final stages of being connected - Openreach’s managing director, Kim Mears, announced during a visit to the city today (Wednesday, 18 July 2018).

The update was given during a breakfast meeting with CBI Wales director, Ian Price, who was joined by business and civic leaders, academics and representatives of other key organisations.

The build is part of Openreach’s plans to make new, more reliable, and more resilient Fibre-to-the-Premises technology available to three million homes and businesses across the UK by the end of 2020.

The technology provides additional capacity for data-hungry services and applications, such as Virtual Reality gaming and smart homes, where a network of online sensors can coordinate and control home appliances – from thermostats, door bells and security cameras to door locks, lawn sprinklers, window blinds and washing machines.

And for businesses, it further improves their ability to improve the way they work, explore global markets through the use of new technology, backup systems and processes, as well as operate more efficiently thanks to much faster upload and download speeds.

It also adds even more reliability and resilience to the network, meaning things are less likely to go wrong in the event of unforeseen circumstances or extreme weather and conditions.

“Cardiff already has a thriving digital economy with widespread access to high-speed broadband – with more than 98 per cent of premises[1] already able to access superfast speeds.

“We’re taking this to the next level by working closely with key partners across the city to build a Fibre to the Premises network capable of 1Gbps speeds – that’s about 24 times faster than the current UK average[2]. This has the potential to completely transform the way people go online, and opens up a world of opportunity. It’s also an important step in future-proofing Britain’s broadband network and supporting emerging mobile technologies like 5G.”

“Digital innovation will continue apace and no sector or business will be immune to the changes to come. Experience tells us that technological advance has the potential to create jobs and redefine roles. Those firms who innovate now will be the shapers of tomorrow’s economy. We’re delighted to work with Openreach as they work to equip businesses with the tools to compete in the digital economy.”

It’s a further boost for Cardiff, following the announcement earlier this year that Openreach were looking to recruit more than 250 new trainee engineers across the South West to help deliver ultrafast broadband.

It was also recently announced that Cardiff will benefit from new cutting edge broadband technology – called Gfast - which will bring even more access to ultrafast broadband speeds to the city.

“The BBC’s aim is to ensure all our audiences have full and convenient access to all of the services that are relevant to them. Greater bandwidth, faster networks are increasingly vital for audiences as well as enabling more efficient creation and distribution of content and supporting growth in sectors such as the creative industries.”

Since starting its ‘Fibre First’ build programme just a few months ago, Openreach is in the final stages of completing the FTTP infrastructure to nearly 100,000 premises across nine locations in the first phase of the programme. This is part of a wider rollout of the technology that’s already reached more than 600,000 premises – more than half in rural areas.

[1]According to the independent industry site thinkbroadband.com

[2]The current UK average speed is of 44Mbps

Full-steam ahead as Cardiff gets ready for ultrafast boost