Full-steam ahead as Bristol gets ready for ultrafast boost

Work to roll-out faster, more reliable broadband in parts of Bristol is well underway – with a new network connecting tens of thousands of homes and buildings in the final stages of being built – Openreach’s managing director, Kim Mears, announced during a visit to the city yesterday (Tuesday, 03 July). 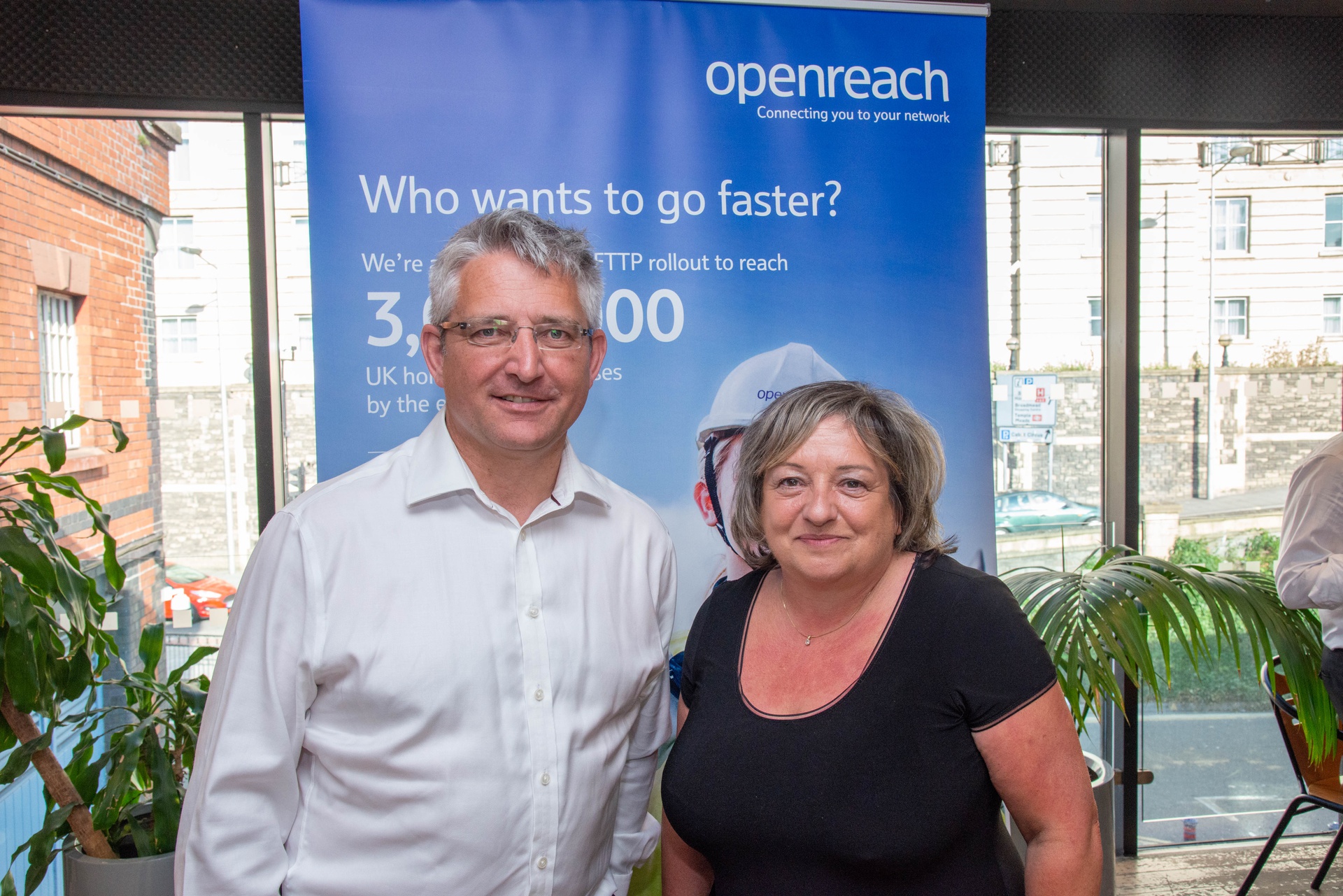 Work to roll-out faster, more reliable broadband in parts of Bristol is well underway – with a new network connecting tens of thousands of homes and buildings in the final stages of being built – Openreach’s managing director, Kim Mears, announced during a visit to the city yesterday (Tuesday, 03 July).

The build is part of Openreach’s ‘Fibre First’ plans to make new, more reliable Fibre-to-the-Premises technology available to three million homes and businesses across the UK by the end of 2020.

The increased bandwidth, which is made possible by laying fibre optic cables from the exchange right to the front door, would enable Bristolians to run a 4K TV in every room of their home simultaneously or for a family member to pick a film just before leaving the house, hit download, and have it ready to watch on their phone or tablet almost immediately.

It also provides enough additional capacity to ensure broadband connections to homes and businesses can support future data-hungry services and applications, such as Virtual Reality gaming and smart homes, where a network of online sensors can coordinate and control home appliances – from thermostats, door bells and security cameras to door locks, lawn sprinklers, window blinds and washing machines.

Premises in Bedminster and Bristol North will be the first to be ‘switched on’ as part of the phased initial roll-out. Engineers, who have already laid approximately 250km of fibre in Bristol as part of the roll-out, are carrying out further planning and survey work in other parts of the city, including Easton and Whitchurch.

Details of the roll-out were given by Kim Mears during a breakfast meeting for business and civic leaders, academics and representatives of other key organisations, hosted by Bristol Chamber of Commerce chief executive, James Durie.

Kim said: “Bristol already has access to extensive high-speed broadband, with more than 97 per cent of households and businesses now able to connect at 30Mbps and over*.”

“We’re taking this to the next level across the city by building an ultrafast Fibre to the Premises network that’s much more reliable and capable of 1Gbps speeds – that’s about 24 times faster than the current UK average of 44Mbps. This large-scale deployment will benefit businesses and residents alike.”

“Our work in Bristol is going extremely well. So far, our engineers have installed around 250 kilometres of fibre optic cable and are on average passing around 2000 premises a week. We will continue to invest and recruit in the south west and across the UK to build the most capable, highly skilled, national fibre delivery machine in the UK.”

Welcoming the developments, Bristol Chamber of Commerce chief executive, James Durie, said: “Fast and reliable digital connectivity is crucial for businesses in this modern era and it’s brilliant news that Openreach have selected Bristol as one of the first cities in the UK to experience fibre first broadband.”

“Openreach’s world-leading digital infrastructure will boost our regional economy, support employment and help shape our city. I’m delighted that Bristol is at the forefront of ultrafast broadband and that both our businesses and residents will benefit.”

Cllr Craig Cheney, Deputy Mayor with responsibility for Finance, Governance and Performance, said: “It is great to be a part of this announcement today. Bristol has a great reputation for being at the forefront of technology with our strong local industry.”

“I am hopeful that this will help to make sure even more local people are able to benefit from this reputation and will help small local businesses to update their technology and help deliver on our commitments to make Bristol the UK's best digitally connected city.”

It’s a further boost for Bristol, following the announcement earlier this year that Openreach is looking to recruit more than 450 new trainee engineers across the south west to help deliver ultrafast broadband. Earlier last week Exeter was named as the second city in the south west to benefit from Openreach’s ‘Fibre First’ programme.

Since starting the Fibre First programme a few months ago, Openreach has already built a footprint of nearly 70k across the first phase of the programme. That’s a delivery rate of full fibre to more than a thousand homes every week.

Full-steam ahead as Bristol gets ready for ultrafast boost