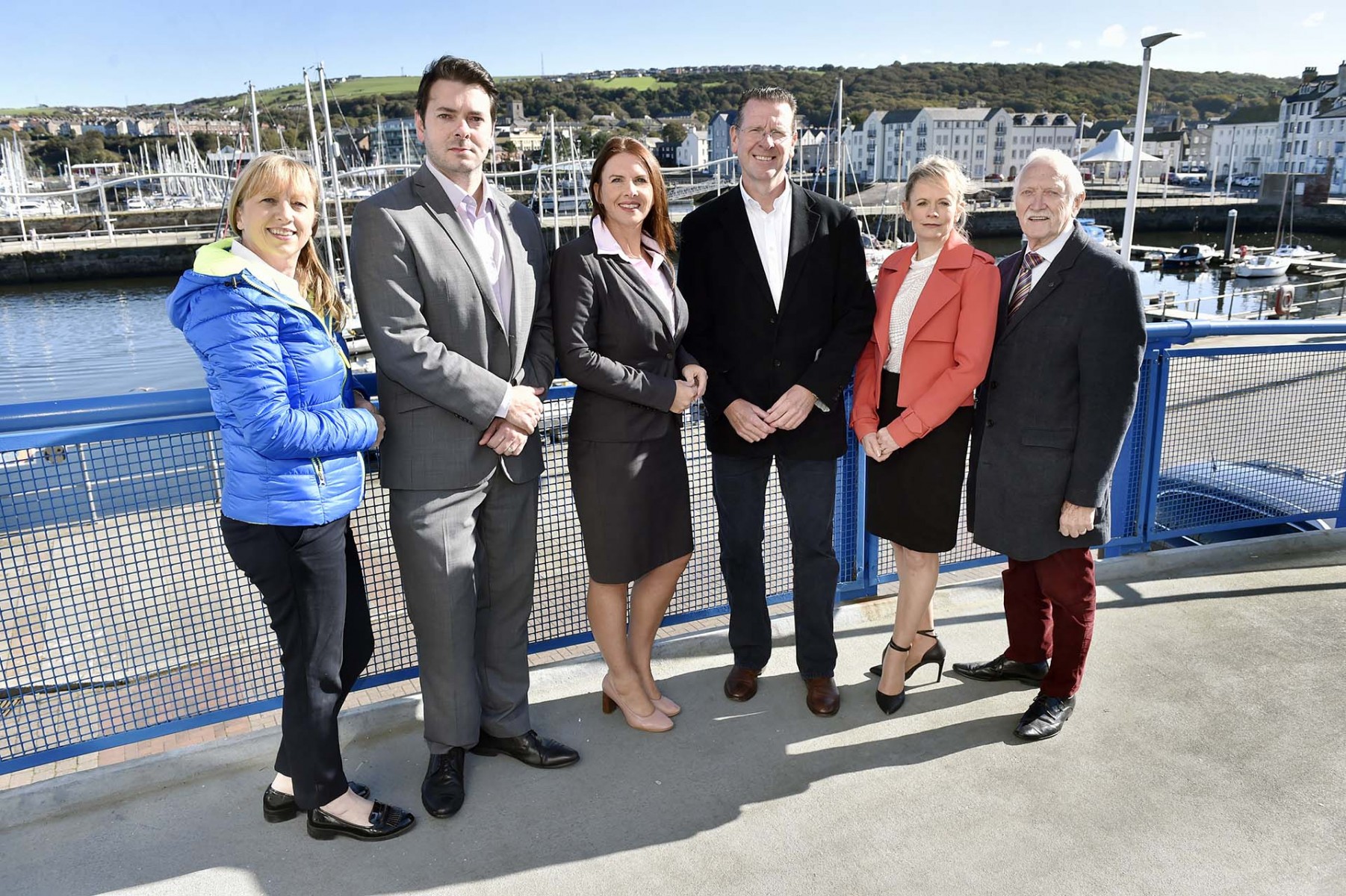 Estate agents in Copeland are joining forces to highlight the importance of high-speed fibre broadband, saying it’s now one of the main factors people consider when buying or renting a property.

More than 127,000 homes and businesses are now able to order faster speeds, thanks to the county council’s multi-million pound Connecting Cumbria partnership with BT and Openreach, the UK’s largest telephone and broadband network.

And after it was also announced (Tuesday 9 October 2018) that more than half of premises included have already taken the decision to sign-up to a fibre connection, local MP Trudy Harrison was one of the first to congratulate the broadband partnership for their work to bring faster and more reliable broadband into some of Copeland’s most rural areas.

“It is encouraging that 93 per cent of premises are now able to access superfast broadband. Having access to faster broadband is incredibly important for our local economy, as well as for the many small businesses in our communities and those who live and visit the area, especially now, as a World Heritage Site.

“However, there is still work to do, particularly in the more rural areas. Thanks to the hard work, and success so far, of the Connecting Cumbria partnership, we’re seeing funds being reinvested into extending the reach of superfast broadband even further.”

The rush to sign-up to superfast broadband is of no surprise to two local estate agents, who are this week highlighting the importance of faster and more reliable broadband:

Rachel Ritson from Grisdales, says it can be a deciding factor for prospective buyers:

“We are starting to see a real increase in people taking an interest in broadband speeds, with more and more people working from home, or at least having the option to work flexibly. There are many factors that people weigh up before placing an offer, but without doubt, broadband is starting to be one of the deciding factors when it comes to choosing a suitable property.”

“There are many uses for broadband, but one of the things we hear quite regularly is that having access to fast broadband provides people with options in areas where mobile signal can be poor. There are many mobile operators to choose from, and some have better reception than others. But superfast broadband at home at least enables people to make and receive their calls online, as well as accessing a whole range of other useful apps and services.”

The Connecting Cumbria partnership was launched in 2013 and aims to make superfast broadband available to 95 per cent of homes and businesses in Cumbria by the end of 2019, while continuing to seek further funding to provide services to the final 5 per cent.

“It’s great news that so many people are signing up to fibre broadband and it can only be good for the local area. We know we’ve got more to do and we’re working hard to reach as many communities as possible. Our long-term aspiration is to have a county that’s well connected for people who live here and encourages new people to the area, particularly those seeking employment in key sectors such as the NHS and nearby Sellafield. It’s also important to allow our businesses to compete on a level-playing field with the rest of the UK and even further afield.”

“We are delighted so many people are using fibre, but there may still be some who mistakenly think their broadband automatically upgrades. I’d like to take this opportunity to remind people that to benefit from faster speeds, they should first check online to see if they live in a fibre-enabled area, and if so, get in touch with their broadband provider to upgrade.”

Earlier this year it was announced that around 240 new trainee engineers are being recruited by Openreach to work on improving broadband speeds across the North West.

Across Cumbria, according to independent thinkbroadband.com, around 93 per cent of premises are already able to order superfast fibre broadband[1].

More information about Connecting Cumbria can be found at connectingcumbria.org.uk