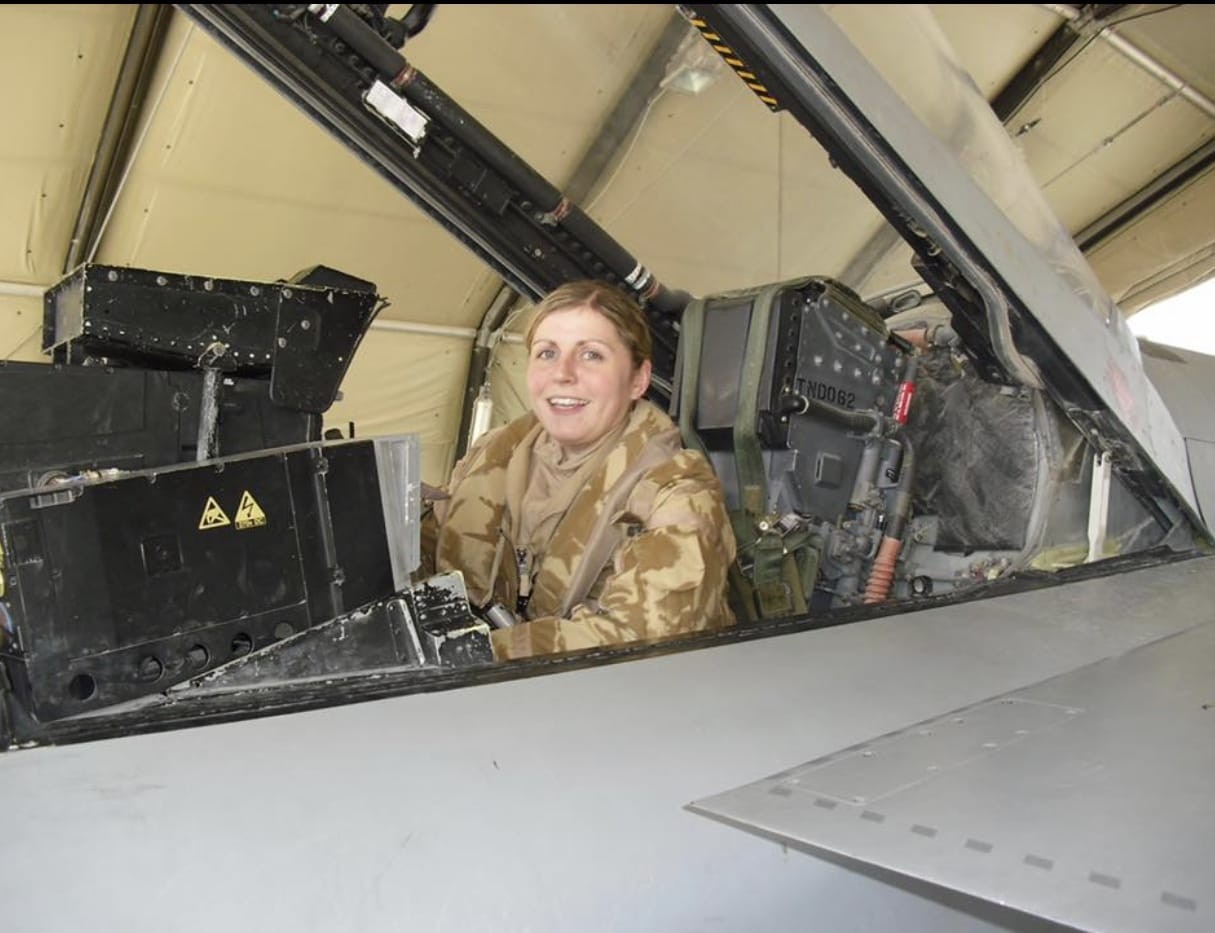 An ex-military officer who swapped the cockpit of a fast jet for a career with Openreach hopes she can act as an inspiration to others looking to follow in her footsteps.

New research from Openreach – the UK’s largest private sector employer of Armed Forces people – has found that veterans are struggling to adjust to working life in Civvy Street, with three quarters (71 per cent) finding the transition challenging and almost half (44 per cent) taking a year or more to fully adjust to working civilian life.

More than 15,000 people leave the Armed Forces[1] each year and the research found that veterans spend an average of seven months out of work before finding a new career.

Currently making that transition to civilian life is Openreach’s Cheryl Finch, from Lincoln.

Cheryl started life as a primary school teacher before joining the RAF as a Commissioned Officer in 2006. After completing her flying training, she served as a Tornado GR4 Weapon Systems Officer on 12 (Bomber) Squadron, RAF Lossiemouth, involved in combat operations during two tours of Afghanistan. She went on to work at the Air Rescue Coordination Centre, tasking and allocating civilian and military search and rescue helicopters, before moving to an intelligence advisory role.

Cheryl takes up her story: “Last year, I decided to leave the forces after 12 years of service. I was delighted to be accepted onto Openreach’s Accelerated Leadership Programme (ALP), which is a 3-year programme in various management roles across the company. I’m currently working as a Senior Project Manager in the Testing and Diagnostics team, helping Openreach develop and deliver a better network for our customers.”

“Initially, I found the transition to civilian life quite challenging from a work point of view. I am very much used to working face-to-face, so it took a while to adjust to working remotely and being displaced from my team. Learning a completely new industry in telecommunications was also quite challenging; however I feel really settled now. Openreach is a great place to work, with a strong sense of community and everyone is extremely supportive.”

This latest research polled 250 veterans from the UK on their experiences with transitioning from the Armed Forces to civilian working life, and found that despite eight in 10 ex-service people (80 per cent) feeling employable after leaving the Forces, two thirds (68.8 per cent) admitted to finding it difficult to see how the skills they had gained during their service would relate to a new career.

Service leavers found that the hardest parts of making the transition were adapting to a civilian way of life (46.8 per cent), attending job interviews (40.8%) and drafting a CV (35.2%).

Openreach HR Director Kevin Brady said: “Openreach employs more veterans and reservists than any other private company in the UK. We see thousands of veterans excel when it comes to performance and delivery. They tend to climb the career ladder quickly, because they’re usually very organised, impeccable communicators and seem to like our big team atmosphere.”

Openreach runs a highly successful Transition Force programme, which has already supported more than 1,500 veterans from all ranks, including those wounded, injured and sick, in their transition from military life into civilian employment. The programme provides career workshops, CV and pre-interview support, as well as an opportunity to network and gain hands-on work experience.

Openreach has also been the core charity partner to Armed Forces charity SSAFA since 2015. Over the last three years, Openreach employees have raised more than £150,000 for the charity.

Veterans or those considering a move outside of the forces can find out more about the Transition Force programme here: https://www.openreach.com/careers/career-programmes