Engineers retire after clocking up 180 years of service

Summary
Four Openreach engineers from Aberdeen and Huntly have retired on the same day after more than 180 years of combined service. 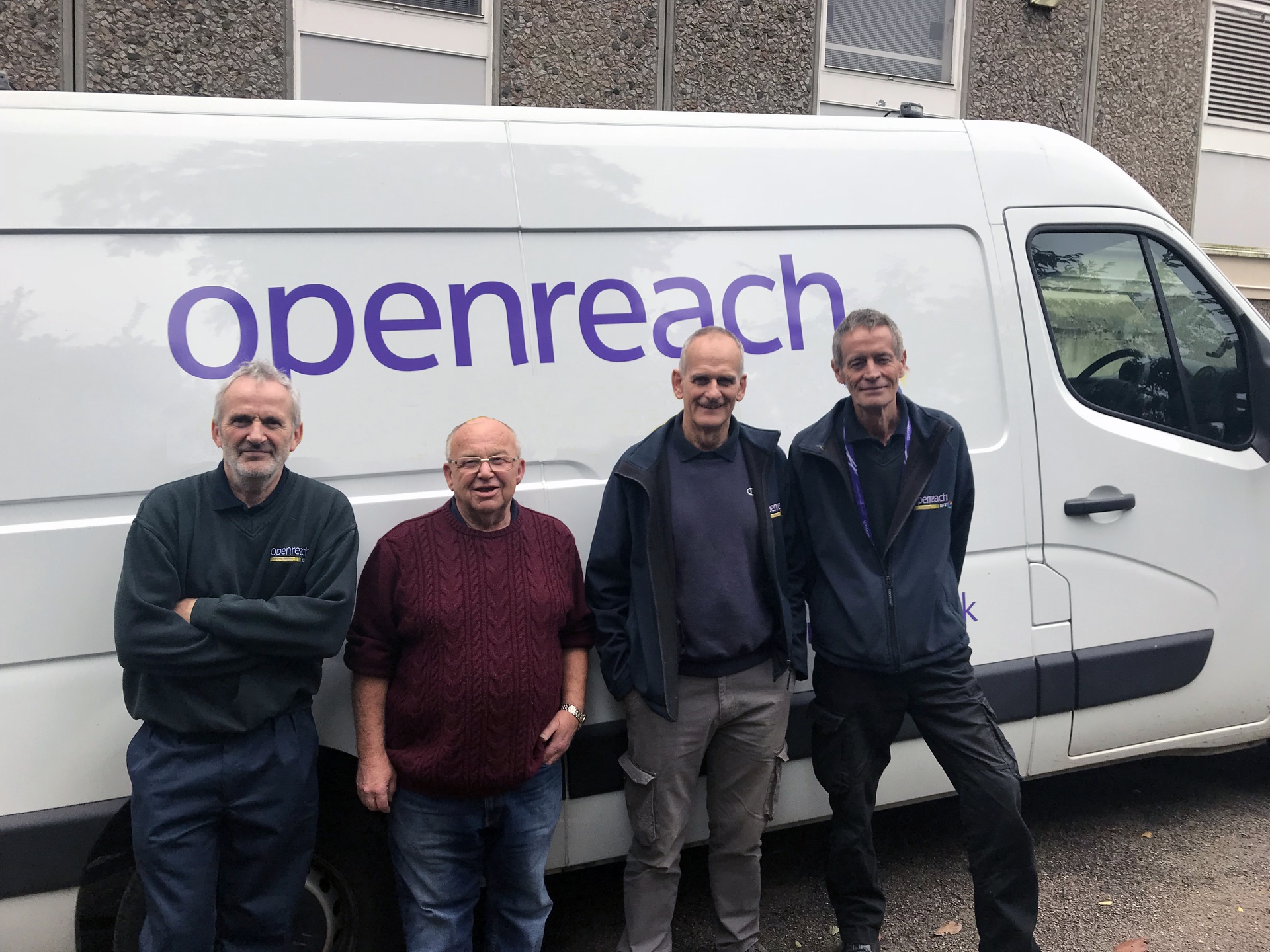 Four Openreach engineers from Aberdeen and Huntly have retired on the same day after more than 180 years of combined service.

The four joined Openreach, Scotland’s digital network business, as apprentices and have worked together or in the same teams for nearly all of their long careers in North-East Scotland.

When they finally handed back their Openreach passes last week, Sandy was just 10 months short of 50 years’ service.

“We’ve been and work colleagues for so long we decided we’d all go together” Sandy said. “We knew that would leave a big mates hole in our team, so we gave a long notice period to give our bosses the best chance to replace us all.”

Sandy has seen some tremendous changes since joining in 1968. “I started in the telegraph repair workshop and moved on to data modems, wideband, Ethernet and fibre. When I started we worked with bare wires.”

After 45 years, Colin says he’ll miss the guys as well as the routine of getting up and going to work. His wife Jane worked as a catering manager for BT in Aberdeen until she had their two daughters.

“I’ve had some really good times, but now I’m looking forward to having more time with my grandchildren,” he said.

Lenny, who’s mostly worked from the Huntly office over his 42 years, is also looking forward to babysitting his grandchildren. “I know we’ll keep in touch,” he says of his colleagues. “We’ve plenty of shared interests including fishing and golf.”

With 45 years’ service, Gordon is not the only member of his family to spend his working life with the company.He said: “My mother, father and wife all worked for BT and my brother still does. When I got married the local paper ran a story because the bride, groom, best man, ushers and bridesmaids all worked for the company.”

Gordon is already planning hill-walking trips with his eldest son and playing bass guitar in a covers band with him. And plenty of golf with his youngest son.

“I’m sad to leave in some respects,” he said. “But it’s also the beginning of a new era with lots of new opportunities to look forward to.”

Engineers retire after clocking up 180 years of service