A partnership between local residents and Openreach, the business responsible for Britain’s largest phone and broadband network, is to make high-speed broadband available to more than 80 households on a new housing development in Elland. 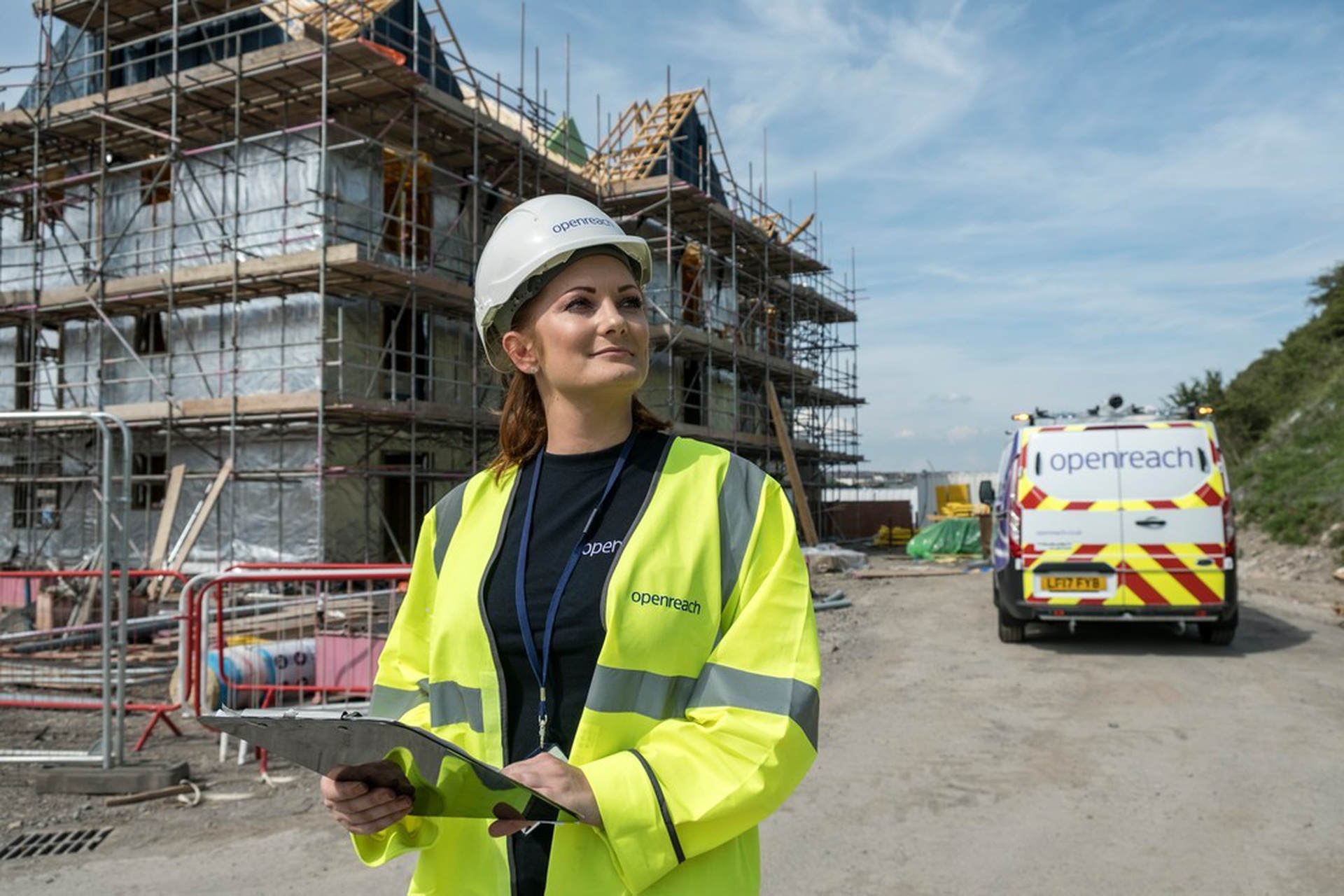 A partnership between local residents and Openreach, the business responsible for Britain’s largest phone and broadband network, is to make high-speed broadband available to more than 80 households on a new housing development in Elland.

Openreach is using Fibre-to-the-Cabinet technology, where engineers install electronic kit in a fibre street cabinet to boost broadband speeds over traditional copper cables connecting up homes and businesses, which will boost speeds in Hazelmoor Fold to up to 80Mbps.**

The cost of the new technology has been covered by investment from Openreach and the residents themselves, who set up a crowdfunding scheme to raise their portion of the funding.

The co-funded deal is the 400th to be signed as part of Openreach’s UK-wide Community Fibre Partnerships (CFP) programme, with the first residents due to get the higher broadband speeds in around a year. The programme is bringing fibre broadband to some of the UK’s most challenging areas. Nearly 200 CFP schemes are already live.

Hazelmoor Fold resident Kev James, who led the campaign for the upgrade, said: “We moved into Hazelmoor Fold about a year ago and discovered that unfortunately no fibre broadband was installed at the time the houses were built. There are many people living here who work from home as well as many families using streaming video services and the speeds we were getting just weren’t fast enough.

“Broadband speeds are more important now than ever before and this is going to make a massive difference. I work for a software company and a lot of my work involves developing and testing software, which requires very large downloads on a very regular basis; without fibre, this is extremely difficult to do. But it’s also about being future-proof as the need for faster speeds and greater bandwidth is only going to increase. Also, as a community we are thinking about streaming all our existing security cameras to a cloud-based location, allowing the whole community to view security footage across the estate and have central recordings should we need them. It will give us even more security and peace of mind.”

As Hazelmoor Fold is a relatively new development, it was not included in any commercial roll-out of fibre broadband by the private sector in the Elland area. However, it was too early to be part of a new initiative, in which Openreach provides ultrafast fibre-to-the-premises (FTTP) broadband to all new developments of at least 30 premises.

Derek Richardson, Openreach programme director in Yorkshire and the Humber, said: “We know how important fast internet is to communities. Whether it’s streaming TV in the home, doing homework online or downloading large files in the office, superfast broadband makes doing anything online faster. With a choice of many broadband providers and the variety of services and prices they offer, the Openreach network provides real choice. It’s great to know that when it goes live next year, this new internet connection will be helping to improve the quality of life for residents in Hazelmoor Fold.

“I’d appeal to any community which isn’t part of any current fibre plans to get in touch with us to see what we can do for them.”

Openreach offers fibre broadband access to all service providers on an open, wholesale basis, which means that local households and businesses can benefit from competitive pricing and products from a wide range of providers.

More than nine out of ten premises across the UK can access superfast broadband speeds. For more details on the roll-out visit www.openreach.com

To find out how to help bring superfast broadband to your community visit www.communityfibre.openreach.co.uk