Summary
Dorset was praised today for playing a leading role in Great Britain achieving the target of 95 per cent superfast broadband coverage. The county has already surpassed the national average and reached 96 per cent coverage with about 380,000 households and businesses now having access to superfast speeds of 24Mbps and above – and the numbers are continuing to grow. 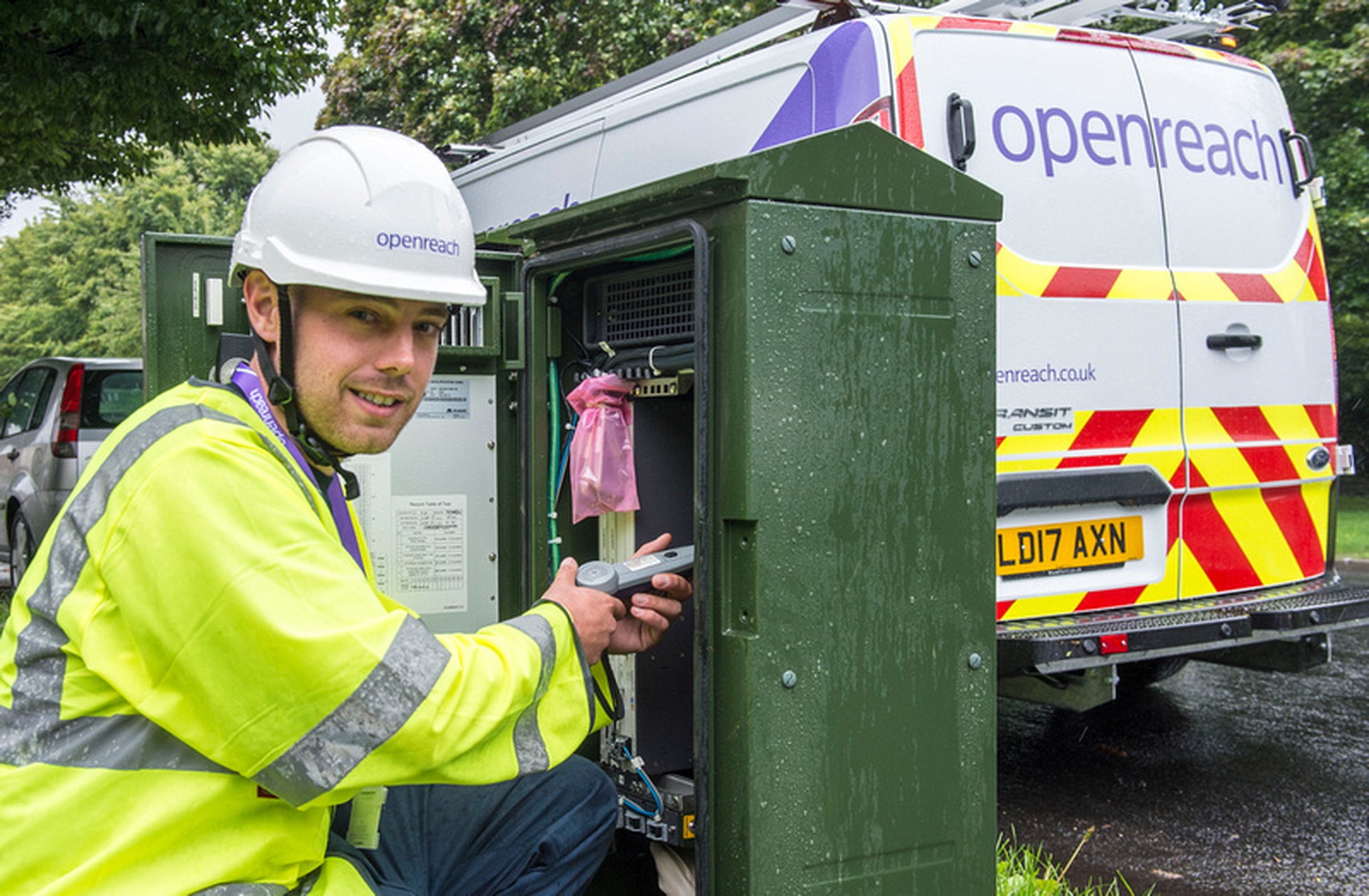 Dorset was praised today for playing a leading role in Great Britain achieving the target of 95 per cent superfast broadband coverage.

The county has already surpassed the national average and reached 96 per cent coverage with about 380,000 households and businesses now having access to superfast speeds of 24Mbps and above – and the numbers are continuing to grow.

According to independent website Thinkbroadband.com, if everyone in Dorset ordered the fastest service available to them, the average broadband speed would be 71Mbps - enough to stream 14 HD movies simultaneously.

Emma Howarth, programme director in the South West for Openreach, which employs more than 3,000 engineers and other workers in the region, said:“This is a great day for both the country and for Dorset. For a number of years, Dorset has led the way with the roll-out of this exciting technology, which is providing a major boost for the economy.

“We have some of the highest superfast coverage figures of any county, which is a tribute to the hard work of Dorset engineers and the success of the Superfast Dorset programme. The multi million pound scheme has been one of the largest and most complex engineering projects in the county over recent years and it’s a great example of the public and private sectors working effectively together.

“We have managed to bring new services to areas which fall outside the private sector’s commercial programme and we’re determined to go further. Openreach is continuing to work with its public sector partners, including Dorset County Council, to get faster broadband to even more locations.”

Daryl Turner, Dorset County Council’s Cabinet Member for natural and built environment, said: “Superfast Dorset has brought the possibility of a superfast connection to over 80,000 homes and businesses, which were not included in the private sector’s commercial roll-out of fibre broadband. This is a great achievement. This year, a further almost 4,000 premises will get access to a full-fibre service and we are exploring ways to reach the remaining households and businesses.”

Openreach engineers are still working hard to address the remaining not-spots in partnership with government, local authorities, such as Dorset County Council, and communities, and to deliver the next generation of ultrafast broadband technologies across the country. The business is currently consulting with its wholesale customers on how to achieve its ambition of making ultrafast (100Mbps+) Fibre-to-the-Premises (FTTP) technology available to 10 million premises by the mid-2020s, and it will be publishing an update on this process in the near future.