Digital Scotland Superfast Broadband is Up your Street in West Kilbride

Summary
More premises across North Ayrshire can now upgrade to faster fibre broadband through the £442 million Digital Scotland Superfast Broadband (DSSB) rollout. Thanks to the programme, more than 930,000 premises across Scotland are able to connect to the new network, which has now arrived in West Kilbride, with more fibre broadband available in Ardrossan, Beith, Irvine and Dundonald. 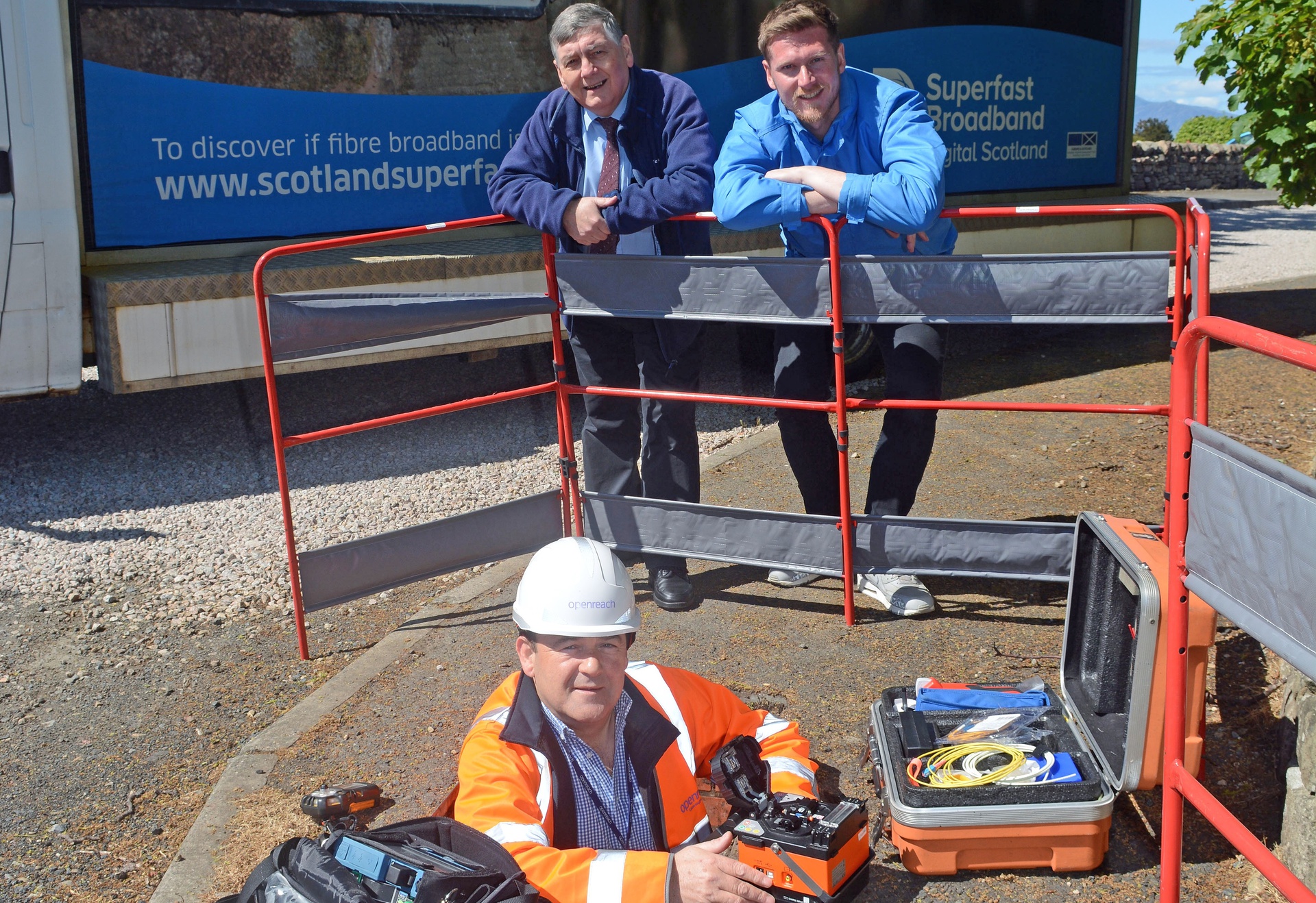 Thanks to the programme, more than 930,000 premises across Scotland are able to connect to the new network, which has now arrived in West Kilbride. Other areas where more fibre broadband is now available include Ardrossan, Beith, Irvine and Dundonald.

To help promote the fact that fibre-based broadband is widely available across East Ayrshire, the DSSB team were out in West Kilbride this week. They were joined by North Ayrshire Councillor Alex Gallagher, Cabinet Member for Economy.

Councillor Gallagher said: “Fast, reliable broadband connectivity is vital for our people to work, learn, play and thrive. That applies to residents and premises in smaller areas every bit as much as much as it does to those in our larger towns.

“Large numbers of homes and businesses can now upgrade via the Digital Scotland Superfast Broadband programme, providing access to faster connections speeds that are crucial for growing our economy and enhancing the lives and lifestyles of our residents.

“Residents need to sign up for a fibre service with their chosen provider as upgrades aren’t automatic and I would urge them to check the interactive map on the Digital Scotland website www.scotlandsuperfast.com to find out if they can get the service.”

Digital Scotland Superfast Broadband is Up your Street in West Kilbride