Digital Scotland Superfast Broadband is Up your Street in Dalbeattie 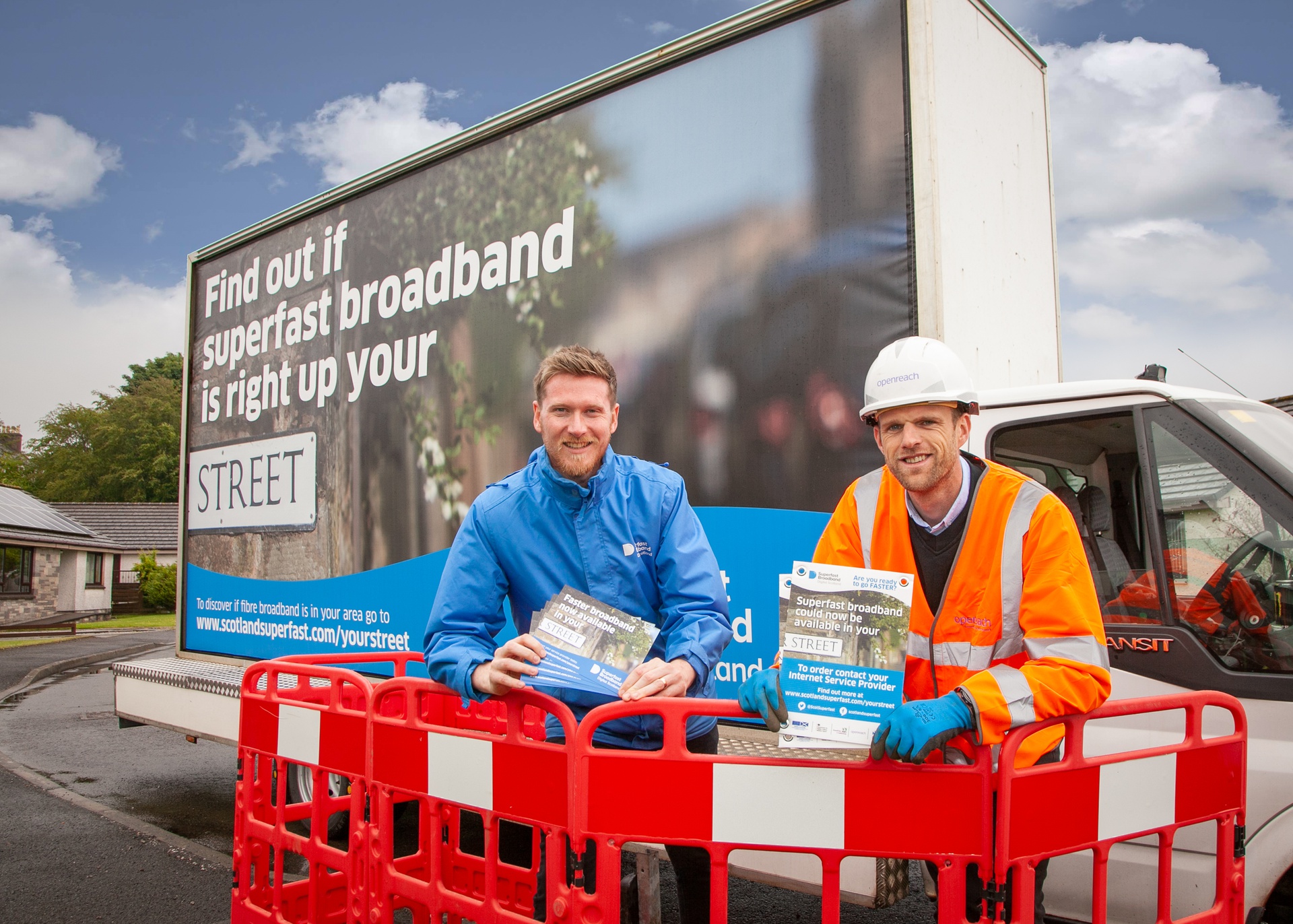 Thanks to the programme, more than 930,000 premises across Scotland are able to connect to the new network, which has now arrived in Dalbeattie. Other local areas where more fibre broadband is now available include Kirkgunzeon, Haugh of Urr, Ringford, Dumfries, Collin, Lochmaben and Kirtlebridge.

To help promote the fact that fibre-based broadband is widely available across Dumfries and Galloway, the DSSB team were out in Dalbeattie last week.

Sara Budge, Director of the DSSB programme, said: “Residents need to sign up for a fibre service with their chosen provider as upgrades aren’t automatic and I would urge them to check the interactive map on the Digital Scotland website www.scotlandsuperfast.comto find out if they can get the service.”

Digital Scotland Superfast Broadband is Up your Street in Dalbeattie