Summary
New research suggests that every public pound invested in fibre broadband in Scotland is delivering almost £12 of benefits to the Scottish economy. 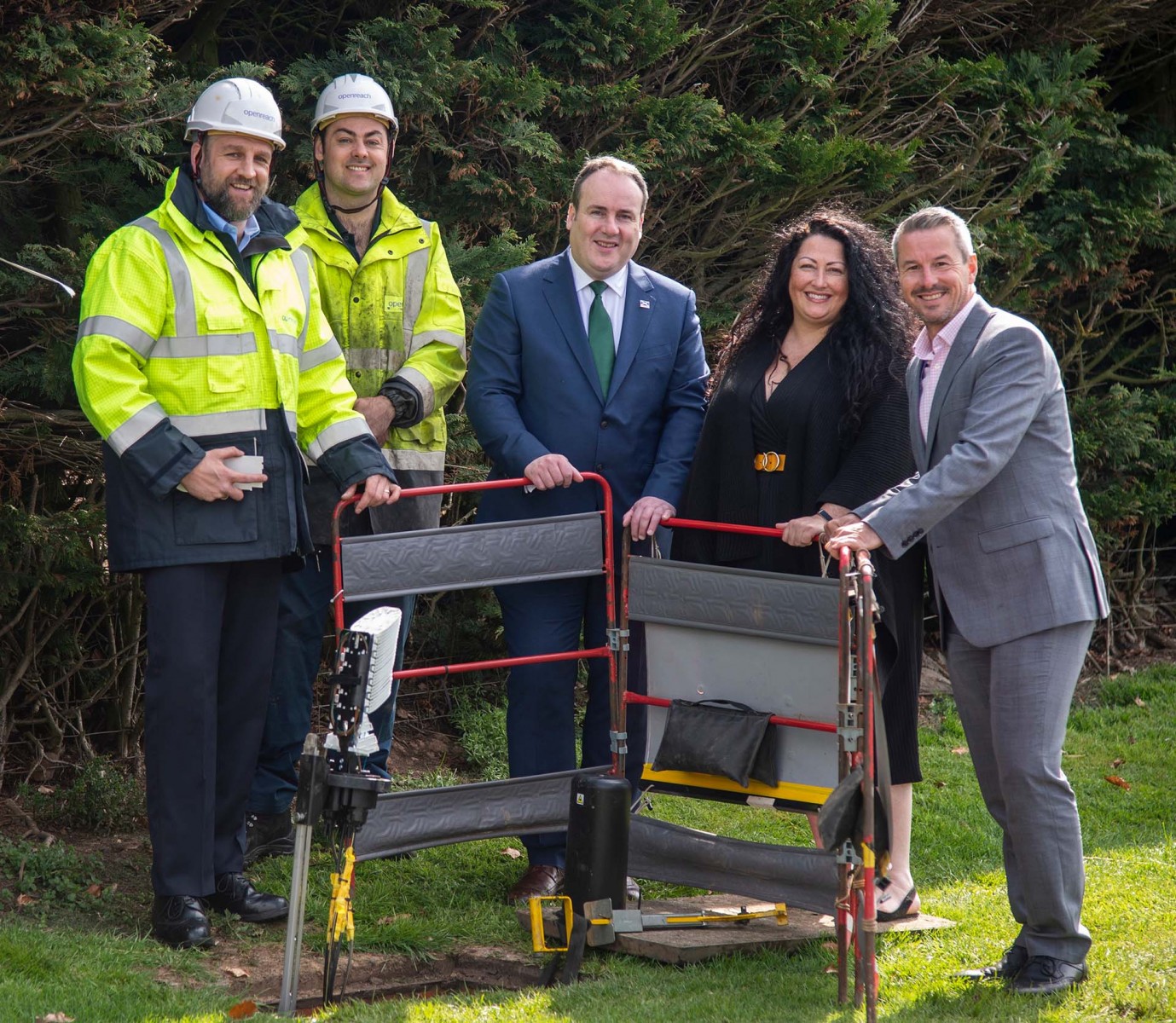 Research has suggested that every public pound invested in fibre broadband in Scotland is delivering almost £12[1] of benefits to the Scottish economy.

Since 2014, £442 million has been invested or committed to the Digital Scotland Superfast Broadband (DSSB) programme through a unique partnership of public and private sector investment. Thanks to its success around 930,000 homes and business across Scotland are now able to connect to fibre broadband.

During the programme, 4,500 new fibre street cabinets have been deployed alongside more than 11,000km of cable, including subsea cable for 20 crossings to Scottish islands.

The research commissioned by DSSB and undertaken by telecoms, media and technology specialist consultants Analysys Mason estimates the total benefit from this investment as £2.76 billion over 15 years.

One example of a rural business which is benefitting thanks to fibre broadband deployed by the DSSB programme is James F Stephen Architects in Glamis – they now have speeds of over 70Mbps.

Paul Wheelhouse, Minister for Energy, Connectivity and the Islands welcomed the report. He said: “This research highlights all the ways in which the DSSB programme is benefiting Scotland’s economy and communities. James F Stephen Architects is a perfect example of a small, rural, business that is thriving thanks to fibre broadband deployment enabled by the DSSB programme.

“Thanks to the programme, and combined with commercial coverage, the programme met its target to deliver fibre broadband access to 95% of Scotland premises by December 2017. Deployment has continued since, with around 930,000 premises now capable of accessing fibre broadband. The report reaffirmed that the average broadband speed has tripled between 2014 and 2017 which again is linked to the success of DSSB.”

He added: “The total benefit associated with the DSSB programme estimated by this study is £2.76 billion (over 15 years) which represents a strong positive return on public funds used for the deployment. This means that for every £1 of public funding, £11.60 of economic benefit will be produced and shared amongst business and consumers. That is money well spent and shows what can be delivered for people and businesses in Scotland when government works together with public agencies and private providers on a shared ambition.”

The evaluation also concluded that the programme had set the foundation for other digital developments in Scotland, as well as laying a platform to realise the full potential of e-health and e-government benefits in the future.

Dr Matt Yardley, one of the report authors, said: “We believe the DSSB Programme has delivered a range of quantifiable benefits to businesses, consumers and government across Scotland. In addition, we expect the Programme will help unlock other longer-term benefits such as those relating to social inclusion and social cohesion, education and the environment.”

James F Stephen, an architectural firm employs a total of 19 people, with its main office in Glamis, Angus, and a smaller office in Stirling. Their work requires them to share large design files between offices and with clients, builders and engineers. Before they connected to superfast broadband the firms broadband was dreadfully slow, now it is more than 15 times the speed they originally had.

Director Paul O’Brien said: “Superfast broadband immediately made a huge difference. Our download speed leapt to over 70Mbps, while the all-important upload speed increased to 15Mbps – more than 15 times the speed we had previously been working with.”

Brendan Dick, chair of the Openreach board in Scotland, welcomed the report.

He said: “The conclusion that public money has been used very effectively shows that Openreach is a trusted partner for Scotland. As well as contributing a third of the total cost of the Digital Scotland project, we have delivered value for money for Scottish taxpayers, who include thousands of our workforce.

“From the start the whole team’s focus has been on reaching the most people possible with the funds available, which meant difficult decisions had to be made. There is more to do, and we’ve committed an extra £20 million to the project to help reach even more communities.

“Scotland’s reliable and extensive digital connectivity is one of the qualities that makes it appealing as a place to invest and do business. Today’s report reinforces the impact that has on our prospects for economic growth.”

[1] The total benefit associated with the DSSB programme estimated by the study is £2.76 Billion over 15 years, which shows a positive return on public funds used for deployment. The benefit to ratio study is £11.60 which means that for every £1 of public funding £11.60 of economic benefit will be produced, shared among business and consumers.

The Digital Scotland rollout is delivered through two projects – led by Highlands and Islands Enterprise in its area and the Scottish Government in the rest of Scotland. Other public sector funding partners include the UK Government through Broadband Delivery UK (BDUK), local authorities and the EU via the European Regional Development Fund.

BT Group has committed £146 million to the project, which has been delivered on the ground by engineers from its digital network subsidiary, Openreach. Work will continue on the build throughout 2019.

The full report can be found at: