Broadband speeds soar on Carlisle housing development thanks to Openreach

230 households on the Bracklenleigh estate, near Carlisle, are the first in the country to benefit from an initiative which gives them access to ultrafast broadband speeds that are almost 30 times faster than the UK average*. 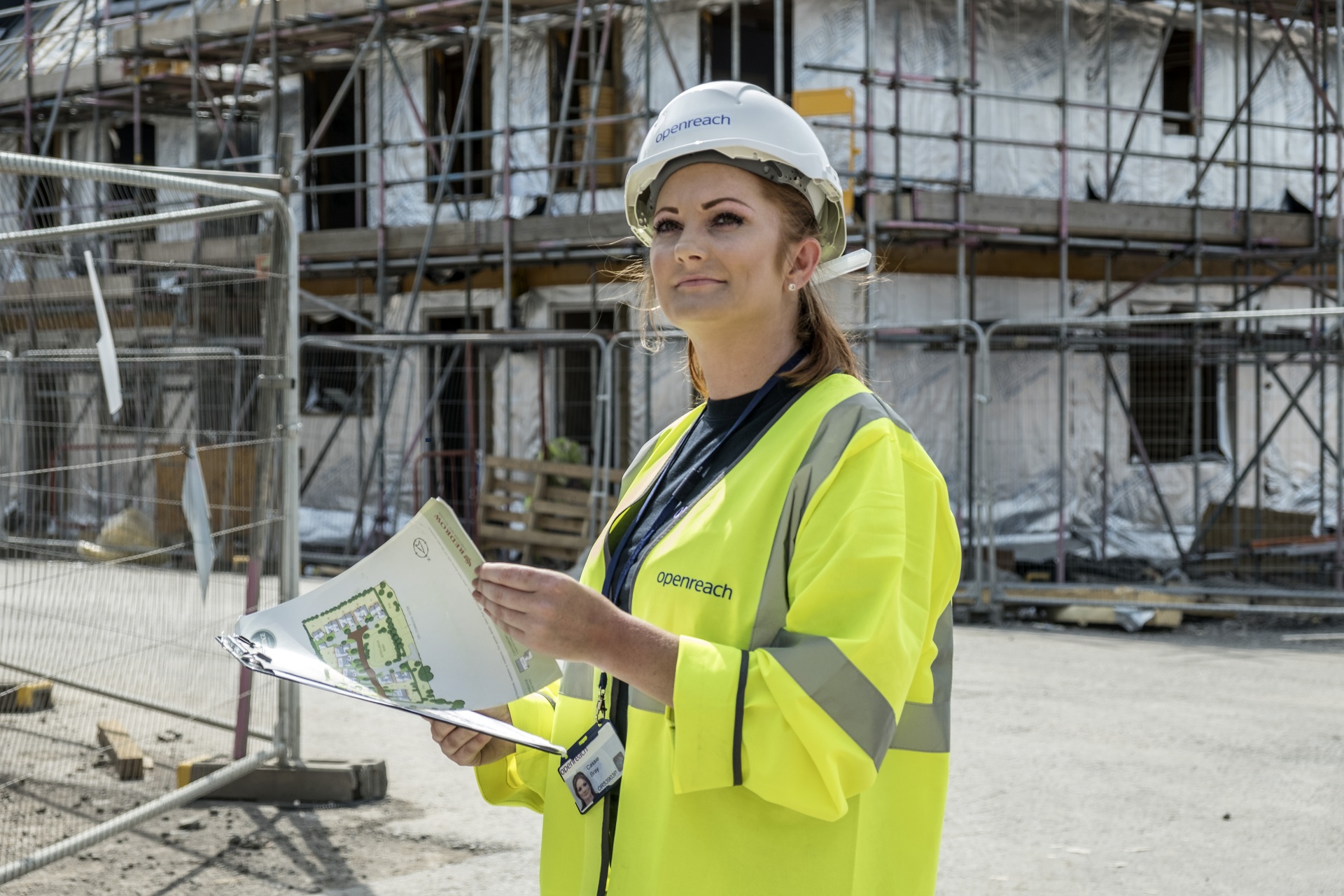 230 households on the Bracklenleigh estate, near Carlisle, are the first in the country to benefit from an initiative which gives them access to ultrafast broadband speeds that are almost 30 times faster than the UK average*.

The technique means high-speed fibre optic cables can now be deployed more quickly and efficiently by using existing infrastructure such as cable ducts and joint boxes, which are already in place.

Engineers took just four weeks to deliver this Fibre-to-the-Premises (FTTP) technology by building a new network over existing copper connections. The new technology is capable of providing ultrafast broadband speeds of up to 1Gbps to all properties on the Brackenleigh site – fast enough to download a two hour HD movie in twenty five seconds or a forty five minute long HD TV programme in just five seconds.

A team of four Openreach apprentices, working with an experienced engineer pioneered new techniques which avoid the need for digging up footpaths and driveways and use ‘plug and play’ cable connectors – which reduce the need for engineers to blow fibre through underground ducts and ‘splice’ individual fibres together - to rapidly link up properties to the network.

The team also used specialist fibroscopic cameras to quickly detect and remove blockages in the existing underground ducting – making space for the new fibre cables to pass through.

A further 70 new homes on the estate will also benefit from ultrafast broadband as part of nationwide partnership between Openreach and developers to build FTTP infrastructure for free to all new housing developments with 30** or more homes.

In addition, Openreach have teamed up with property firms across the UK to ensure new homeowners get instant access to their new high-speed broadband on the day they move in.

This ‘framework agreement’*** means Openreach is kept up to date by developers as homes and businesses are being built, and told when they are due to be completed, so that the ultrafast fibre network can be built in harmony with the construction on site.

Openreach has passed more than 400,000 premises with FTTP, making it the largest ‘full fibre’ network in the UK. The network is open for all communications providers (CPs) to deliver broadband services that households and businesses buy from them.

Andrew Sayle, broadband manager for Zen Internet, one of the first providers to offer full fibre services using Openreach infrastructure, says: “We’re delighted to be able to offer full fibre FTTP connectivity and give Zen customers the fastest internet speeds in those areas, like Bracklenleigh, where the technology is available. We are early to market with FTTP, meaning that as Openreach continues to roll out the technology Zen customers will be among the first to benefit.”

Over 55 households on the estate have already signed up to an ultrafast broadband service with their chosen provider since the high-speed network was switched on.

Matthew Hemmings, Openreach’s regional director for the North, said: “I’m delighted to see customers in Brackenleigh already benefitting from this initiative, some of whom have struggled with lower than average speeds in the past.

“We’re investing heavily in ultrafast broadband because we’re committed to giving Britain a first class network, capable of delivering the very latest communication services for households and businesses. By using new techniques we recently halved the cost of delivering ‘full fibre’ infrastructure, which has helped make initiatives like this one in Brackenleigh possible.”

Openreach is looking to build on the success of the Brackenleigh pilot by building ‘full-fibre’ to a number of other developments across the UK using similar techniques, with locations in London, Essex, Cheshire, Devon, Warwickshire and Shropshire.

The ultrafast deployment at Brackenleigh and at other locations is part of Openreach’s aim to make ultrafast speeds available to 12 million premises by the end of 2020 – of which two million is using full fibre technology.

**The scheme has so far connected more than 9,800 new housing developments with FTTP - totalling more than 240,000 new premises across the UK, since its launch last year.

Now when decisions are made to accelerate sites where work needs to be complete to meet customer move in dates, everything is in view, and Openreach can bring the right level or resource to make things happen.

The frameworks are allowing Openreach to accurately predict what engineering resource they need around the UK so that we can meet the very high demand for FTTP and that developers and new householders are not let down.

Broadband speeds soar on Carlisle housing development thanks to Openreach