Back To School in Cambridgeshire as Openreach Inspires Future Engineers 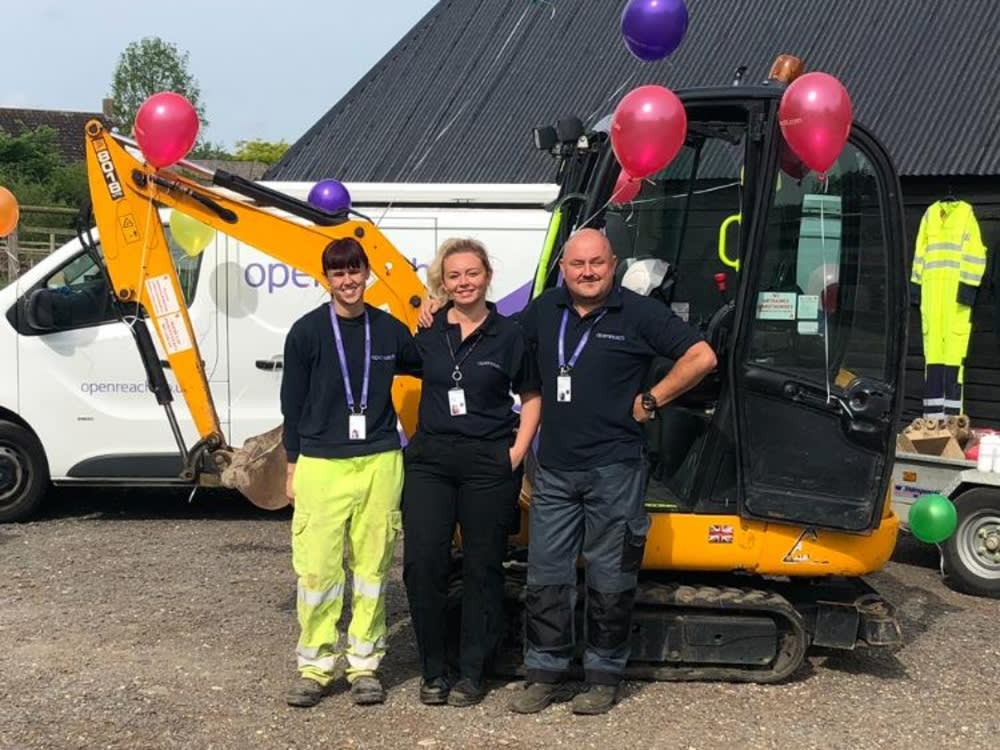 The next generation of engineers are getting ‘dialled in’ to thinking about the world of work, thanks to a Cambridgeshire careers event supported by Openreach.

Hundreds of primary school pupils were able to find out more about life as an engineer, try their hand at connecting up a mock telephone network, and see some of the latest phone and broadband equipment up close.

They were also able to head outside with Openreach engineers to look at some of the equipment used to put cables in the ground. There was a short demonstration of how broadband works, how cables are joined together and what’s inside the green roadside cabinets that are frequently seen throughout the UK.

Around 500 Year 5 pupils attended the event in Bourn, which was organised by Network cb23, a community of fifteen primary and secondary schools in southwest Cambridgeshire.

Bethany Johnson organised Openreach’s attendance at the event, and said:

“It was great to be able to talk to the pupils about what we do. They’re all aware of the importance of technology, probably more so than any other generation before them. And with Openreach being the UK’s largest telephone and broadband network, we were proud to be part of such a fun and important event.

“Although the pupils are still only 9 or 10 years old, their thoughts are already turning towards what subjects they’d like to study when they get to college. They were really interested in talking to us about what our job involves, what kind of things we do on a day-to-day basis and what the most enjoyable parts of the job are.

“The whole event was a huge success and it’s exciting to think that the Openreach team that attended may have just inspired the next generation of telecoms engineers.”

Openreach employs more than 4,000 people across the East of England, the majority of them engineers, and earlier this year announced a further 400 new recruits during 2019.

A large Openreach training centre is located in Peterborough, where thousands of engineers get to grips with the technology behind the UK’s largest telephone and broadband network, connecting everything from homes and schools to businesses and government departments.

Back To School in Cambridgeshire as Openreach Inspires Future Engineers