All I want for Christmas is… ultrafast broadband

Edinburgh Pentland MSP Gordon MacDonald today marked the advent of ultrafast, full-fibre broadband in his constituency on a festive field trip with engineers from Openreach. He was the latest local politician to learn about the next generation of broadband technology being rolled out across the city. 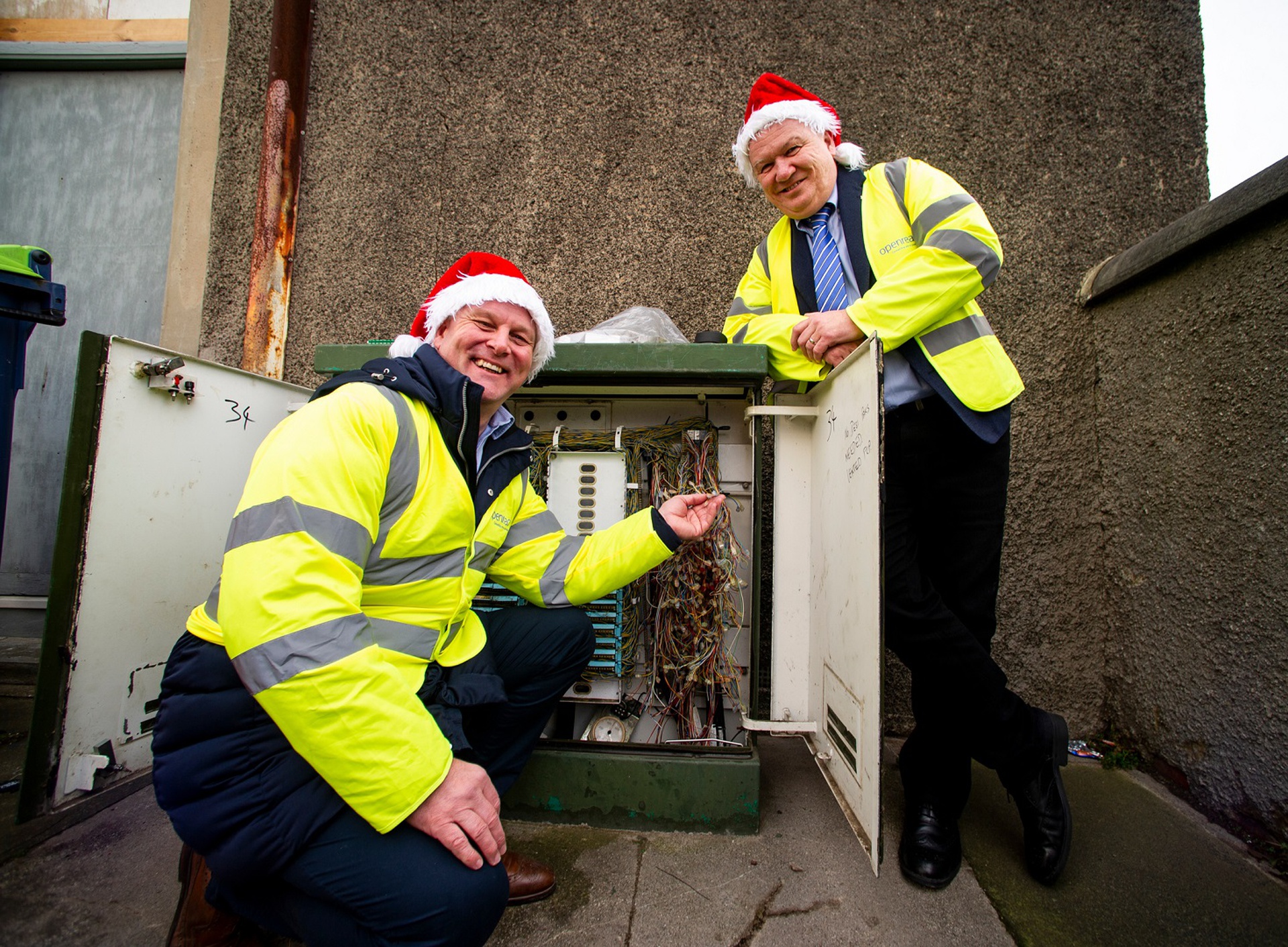 Edinburgh Pentland MSP Gordon MacDonald today marked the advent of ultrafast, full-fibre broadband in his constituency on a festive field trip with engineers from Openreach.

He was the latest local politician to spend time with engineers to learn about the next generation of broadband technology being rolled out across the city.

The Capital is one of the first places in the UK to be included in Openreach’s rollout of resilient, high-capacity Fibre-to-the-Premises technology. It can carry broadband at speeds of up to 1Gbps, 22 times faster than the current UK average.

Work is under way in several parts of the city, including Abbeyhill, Corstorphine, Roseburn, Gorgie, Haymarket, Murrayfield and Newington.

Some city FTTP has also been rolled out as part of the Digital Scotland Superfast Broadband partnership with the public sector, including in Mr MacDonald’s Pentland constituency.

Mr MacDonald said: “A new era in communication is dawning right here in Edinburgh as the evolution from copper to fibre optic gets under way in earnest.

“It was interesting to hear about what that means for our citizens in their homes and businesses, from enabling everyone in a family to do whatever they like online at the same time, to improving their home security, driving business growth and underpinning mobile networks.”

During the visit, the MSP also visited a fibre street cabinet used to deliver Fibre-to-the-Cabinet technology at speeds of up to 80Mbps*. According to the independent website Think Broadband, more than 98 per cent of Edinburgh premises are now able to connect to broadband at a superfast speed of 30Mbps and above.

As well as its commercial upgrades, Openreach has been working closely with the Scottish and UK Governments, local authorities and other partners to expand fibre broadband beyond commercial boundaries since 2013.

The Digital Scotland Superfast Broadband partnership rollout, a partnership programme including Scottish and UK Governments, local authorities, BT Group and European funding and delivered by Openreach, has reached more than 31,600 Edinburgh premises, including hundreds of homes in Balerno, Currie, Wester Hailes and Fairmilehead.

Although most of the coverage provided is FTTC, the Digital Scotland rollout has included small deployments of FTTP in areas where it is the best technical solution.

The visit was hosted by Fraser Rowberry, Openreach’s service director for Scotland, who said: “We know good broadband is really important to local people and we’re working hard to deliver a quality broadband service for everyone in and around Edinburgh.

“We’re delighted that Gordon MacDonald has found time to come and see how we’re delivering the next generation of digital connectivity, which will keep Edinburgh and its citizens and businesses at the forefront of technology for decades to come.”

Openreach’s FTTC footprint, at speeds of up to 80Mbps*, currently passes more than 24 million UK homes and businesses, including more than 2.5 million in Scotland. This week’s Connected Nations (Scotland) report from Ofcom showed that take-up across all superfast infrastructure stands at around 40 per cent.

Openreach is also starting to roll out FTTP more widely, with plans to reach three million homes and businesses across the UK by the end of 2020, and, if the conditions are right, to go significantly beyond.

Full fibre technology provides even greater resilience and capacity for multiple devices, the use of smart appliances, and uninterrupted video calls and streaming.

All I want for Christmas is… ultrafast broadband