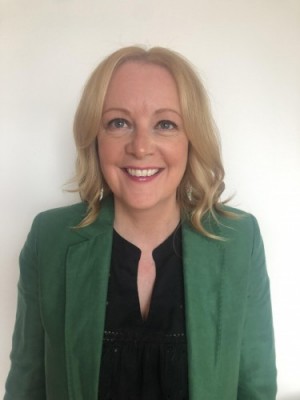 Rosanne, who lives outside Ellon, will be programme director for the multi-million pound infrastructure build to replace the nation’s copper network with new gigabit-capable full fibre.

Having completed detailed surveys, engineers have just started the build in the Ashgrove exchange area of Aberdeen, which includes parts of residential areas like Sheddocksley, Mastrick, Northfield, Stockethill and Middlefield. Work on the first main fibre route is now complete.

They expect to bring fibre to the front doors of thousands of local properties by the end of March 2021, with the first residents able to order the new services this summer.

Rosanne will also be responsible for the rollout of full fibre in parts of Greater Glasgow; Kilmarnock, Ayr and Stanecastle in Ayrshire; Edinburgh; and Bathgate, Broxburn and Whitburn in West Lothian. Openreach is currently considering locations for further investment in Scotland.

Internet traffic carried across Openreach’s Scottish network has increased by 70 per cent during the weeks of the lockdown, with the business recording record levels of internet traffic in recent weeks.

Openreach recently urged the Scottish Government to prioritise investment in digital connectivity over more traditional forms of infrastructure, like the roads network, as part of its Covid-19 recovery.

Rosanne Moreland said: “Connectivity has never been more important to Scotland and it’s a privilege to be one of the people leading the nation’s journey from copper to fibre. Gigabit broadband will enable rapid changes in vital services like digital health and education – it will be vital in in helping to rebuild and grow the economy.

“I’m hugely excited about leading such a significant civil infrastructure project for Scotland. The opportunity to do something in my homeland has a huge meaning for me, and a significant portion of our build will be in harder-to-reach areas. But to really turbocharge the build, we’ll need better and faster planning, access and roadworks rules.”

Rosanne added: “We already provide extensive superfast and ultrafast services in Aberdeen but full fibre is the only technology to be fully future-proofed to meet the city’s data demands in the future. It’s more reliable and resilient, with fewer faults and more predictable, consistent speeds.

“We’re working closely with Aberdeen City Council on the build here and, while some roadworks will be necessary, we’re using our existing network of poles and underground ducts to install fibre cables where possible in a bid to keep disruption to a minimum.

“Whatever the technology, people using the Openreach network have access to a wide range of service providers, bringing retail competition which means real choice.”

Rosanne, a former pupil of Dyce Academy, has 20 years of experience in the telecommunications sector, remaining a resident of Aberdeenshire while travelling extensively on business across the UK, US and India. Before joining Openreach to head up UK business improvement, she held senior UK management roles in BT customer service operations, including leading 11 contact centres in the UK and India, with 1000 employees and an annual budget of £21m.

Openreach recently raised its UK target for full fibre connections to 4.5 million premises by the end of March 2021, with an ambition to reach 20 million homes and businesses across the country by the mid-2020s - assuming the right investment conditions are in place. This short video explains what full fibre technology is and you can find out more about our Fibre First programme here.