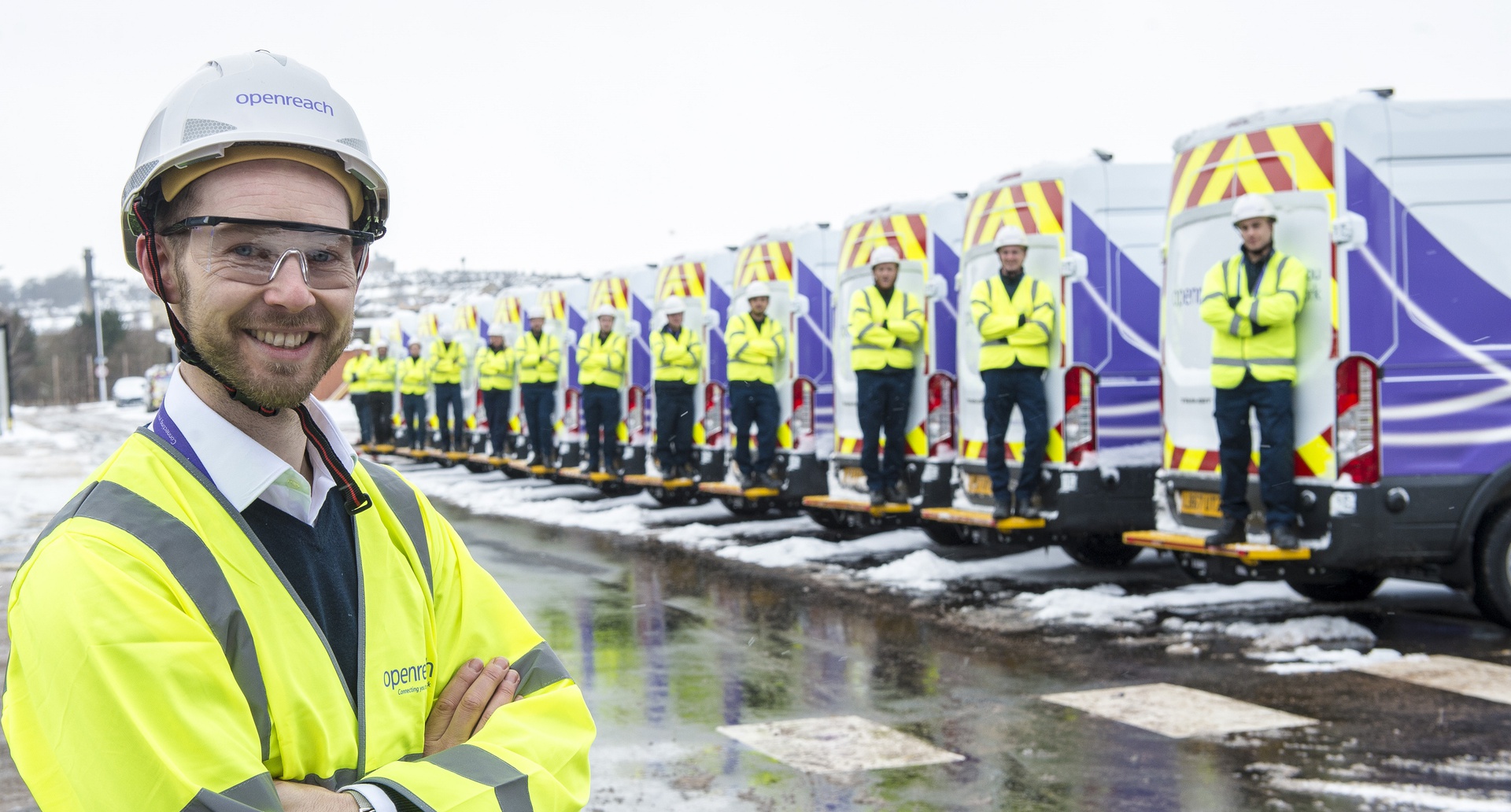 Around 82 trainee engineers will be hired across Greater Manchester as part of the largest recruitment drive ever undertaken by Openreach.

The 82 Greater Manchester roles, part of more than 3,500 being recruited across the UK during the next 12 months, including 283 in the North West, will be located in Ashton-under-Lyne, Bolton North East, Bolton West, Bury North, Cheadle, Heywood, Middleton, Manchester Central, Oldham West, Royton, Rochdale, Salford, Eccles, Stalybridge, Hyde, Stockport, Stretford, Urmston and Wigan.

“Every day, Openreach engineers are working in all weathers across the length and breadth of Britain, connecting homes and businesses and making sure people can access the high quality broadband services they need. We are already investing in upskilling our engineering team and today’s announcement of new jobs, including 120 in the East Midlands, underlines our commitment to make our ‘Fibre First’ programme a reality. I’m confident that our twin investment in people and infrastructure will help the UK achieve the societal and economic benefits that come from better, more reliable, faster broadband services - future-proofing Britain’s broadband network and supporting emerging mobile technologies like 5G.”

Matthew Hemmings, infrastructure delivery director for Openreach in the North West, said: “This latest recruitment represents a further major investment in Greater Manchester. It’s very exciting news for our region. We’re looking forward to men and women from all walks of life applying for these roles at Openreach as we’re keen to engage with the aspiring engineers of tomorrow and to build a diverse workforce that reflects the hugely diverse communities we serve.

Enquiries about this story can be made to Janet Hare in the regional press office: